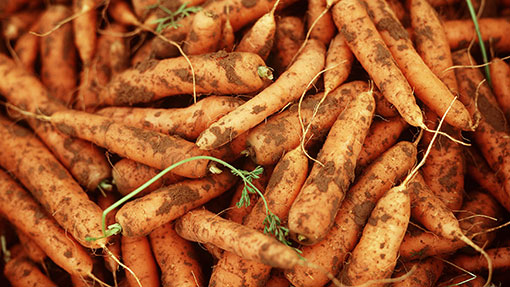 Researchers from the University of Oxford reviewed farm data going back 30 years and they concluded that organic farms yielded greater biodiversity benefits than intensively-farmed land.

The study, published in the Journal of Applied Ecology, also found that on average, non-organic farms have about 50% fewer species of pollinators, such as bees, than organic farms.

“Our study has shown that organic farming, as an alternative to conventional farming, can yield significant long-term benefits for biodiversity,” said Sean Tuck, study lead author, of Oxford University’s department of plant sciences.

“Organic methods could undoubtedly play a major role in halting the continued loss of diversity in industrialised nations.”

The report, entitled Land-use intensity and the effects of organic farming on biodiversity, was completed using meta-analysis – a statistical technique that combines the results of different studies. It looked at data from 94 previous studies covering 184 farm sites dating back to 1989.

The study is the biggest ever review to date into whether organic farming benefits wildlife has taken place.

Some of the key findings in the report conclude:

“We are suffering dramatic losses of wildlife all over the world so to know that organic farms have on average a third more species shows just how great a difference you can make by supporting organic agriculture and buying organic food.”
Louise Payton, Soil Association policy officer

Louise Payton, policy officer at the Soil Association, said: “This is fantastic news for wildlife and confirms what we have been saying for years.

“We are suffering dramatic losses of wildlife all over the world so to know that organic farms have on average a third more species shows just how great a difference you can make by supporting organic agriculture and buying organic food.

“Our food systems are being threatened by the declines of bees and other pollinators – necessary for a third of the food that we eat.

“This research shows there is a clear solution for pollinators with a known outcome – support organic farming and we can have 50% more species of pollinators in our countryside.”

Yet despite offering more benefits for the environment, UK organic farmers receive some of the lowest payments in farm subsidies across the whole of the EU, she added. “We are urging the government to redress this balance and ensure organic farmers in the UK are adequately supported in the new CAP.”