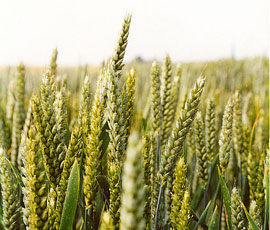 The government needs to encourage consumers to reform their diets rather than calling on farmers to produce more food, according to a leading European organic group.

Speaking at the Organic Research Centre’s annual conference in Birmingham on Wednesday (19 January), he said DEFRA had become production-orientated – an attitude which needed to change.

“The production narrative is not enough,” he said. “We need to confront issues of consumption.

“We shouldn’t be increasing production, we should be reducing consumption to a level that’s sustainable.

“I don’t accept [DEFRA secretary] Caroline Spelman saying we need to increase production. We can feed ourselves, but we need to change.”

DEFRA also needed to be more vocal in its support for organic production if it was serious about transforming the UK’s food production systems, Mr Stopes said.

It was vital the government made efforts to lift the UK from the bottom of the European tables for organic and conversion payments.

“DEFRA’s attitude towards organic is a disgrace,” he added. “I don’t see any evidence that it gets behind efforts to change the UK’s position on the league table.

“In other member states, governments say organic is a good idea, so supermarkets continue to list it. Retailers won’t follow until the government leads them.

“We have pointed out the problems of intensive farming and the current food system. But we have a production-orientated DEFRA when farming on the ground is severely under pressure.”

In a letter to the ORC conference, Mr Paice said organic farming was one of the pioneers of sustainable farming methods and that he was keen the sector received support from Europe during reform of the Common Agricultural Policy.

“Organic production offers important lessons that can be taken up by the wider UK agricultural sector, as we strive to increase production but to do so sustainably,” he said.

“It also gives consumers the choice of certified organic products that include the assurance of recognised animal welfare. These are some of the reasons why I am pleased the role of organic farming continues to be supported in the European Commission’s proposals on CAP reform.

“Discussions are still at an early stage, but I can assure you my intention is to press for the best deal possible for UK farmers, including organic farmers.”