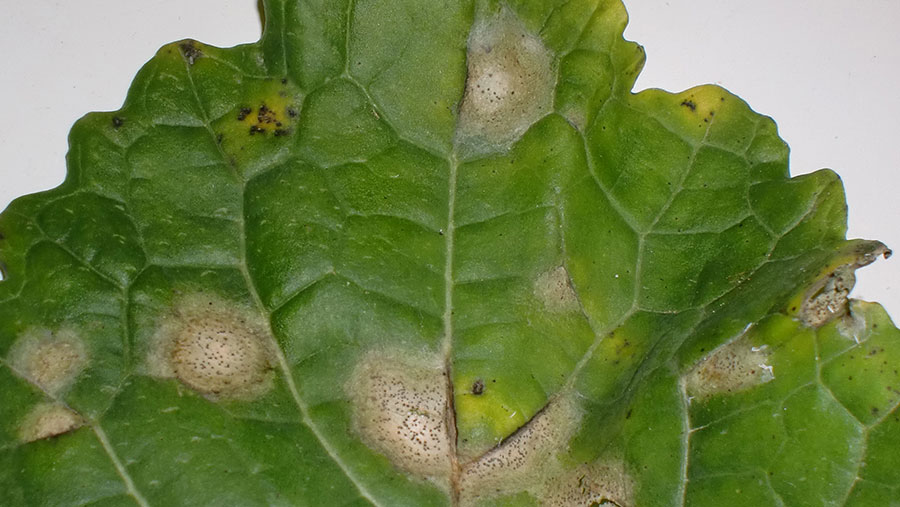 Researchers from the University of Hertfordshire have declared that host resistant gene Rlm7 has become less successful in controlling the stem canker pathogen, Leptosphaeria maculans.

Phoma, the second most common disease to affect oilseed rape crops after light leaf spot, can causes losses of more than £95m/year to UK farmers.

Growers rely on varieties that have good resistance against the pathogen causing phoma, after some effective fungicides for treating the disease have been withdrawn.

The disease is caused by two closely related fungal pathogens, Leptosphaeria maculans and Leptosphaeria biglobosa, with Rlm7 the most dominant gene which is used to give oilseed rape varieties resistance.

Georgia Mitrousia, lead author of the study, which was published in Plant Pathology, believes it is important growers take note of this latest development.

“This study acts as a warning to the oilseed rape industry and they will hopefully develop strategies to prevent the loss of commercially available cultivars,” Dr Mitrousia said.