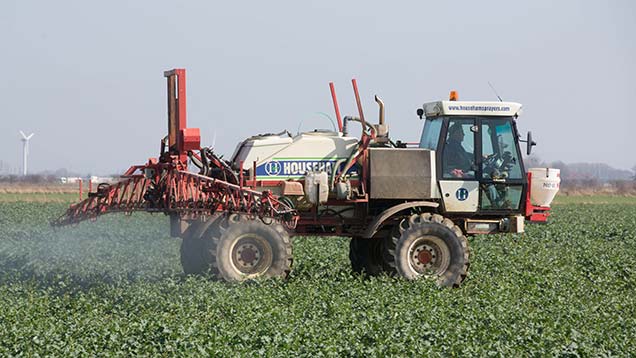 Oilseed rape growers are being alerted to a high risk of light leaf spot, the crop’s most yield-damaging disease, and are being advised to get out into the field and assess their crops.

Light leaf spot can cut yields by up to 1.5t/ha, leading to annual losses of as much as £160m nationwide, despite growers spending more than £10m on fungicides.

Rothamsted Research has issued the high-risk alert due to weather conditions at harvest time and is advising growers to sample crops, especially for varieties with moderate to low disease resistance.

The research institute points out there is likely to be high levels of disease in all regions, with the levels seen at 2014 harvest indicating a high potential for inoculum carryover.

Thunderstorms in late July, followed by a wet and cool August, favoured the development of the wet weather-loving fungus that causes light leaf spot.

The disease is difficult to detect in the field as the symptoms are not always visible and can be easily confused with other plant disorders.

Growers are being advised to collect about 100 plants in a diagonal across a field, incubate plants in polythene bags at 10-15C by leaving in a closed barn for four to five days and then assess how many plants are affected.

The economic threshold for treatment is when 25% of plants are infected with the white speckling typical of the disease.

Tim Boor, plant pathologist at crop scientist group Adas, says there is no sign of light leaf spot at its high-risk site in Yorkshire, but adds growers need to be vigilant for the development of the disease.

“Growers should be looking to treat crops as soon as they see the first sign of light leaf spot,” he says.

Fungicide treatment choices include azole fungicides such as prothioconazole (Proline), which has good curative action, while other azoles such as metconazole, tebconazole and prochloraz show some level of control.

Growers who have recently sprayed to control phoma may have used products, such as azoles, which also have an effect on light leaf spot, advisers say.