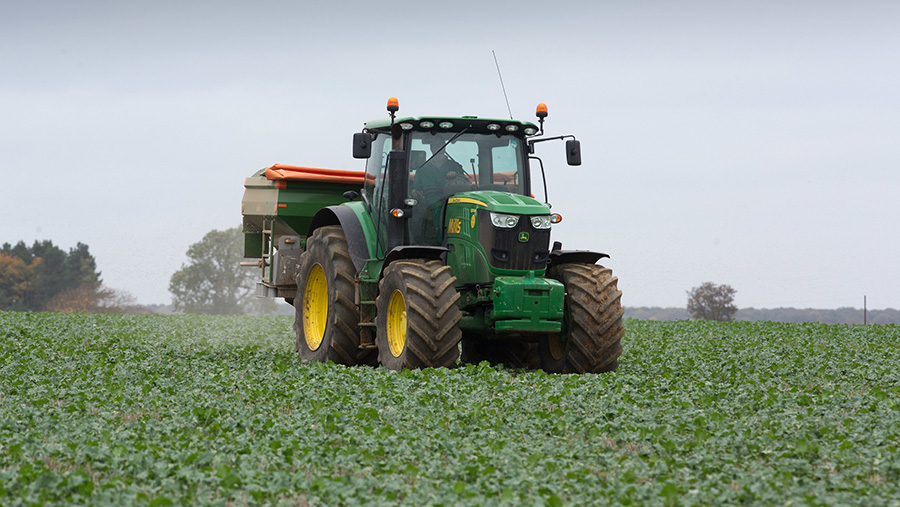 Selecting a vigorous variety of oilseed rape is the key to maximising returns for one Cambridgeshire farmer, and using an ultra-low cost of establishment this season may help him cut costs further.

“If I could pick a variety that’s 101% [gross output] with good establishment, I’d choose it over a variety that yielded 107%,” says Mr Martin.

He explains rapid growth is essential on his heavy, flood-prone soils, as the farm is located on the edge of the hotspot area for cabbage stem flea beetle, south-west of Peterborough near the village of Haddon.

“If the oilseed rape can get out of the blocks and going quickly, I can rest a little easier,” he says.

Mr Martin grows three varieties of rapeseed each year, and often changes one variety per season, but this season he has stuck with his 2016 picks of Campus, Amalie and Elgar.

Elgar, from Spalding-based Elsoms Seeds has topped the AHDB East/West Recommended List in terms of gross output for the second year running and impressed Mr Martin last season with its even establishment. 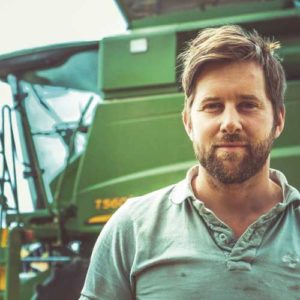 While he normally drills oilseed rape after wheat with a Vaderstad disc drill, he has planted each variety using a different method this year as an experiment.

Amalie has been put in using the usual drill, Campus went in with fertiliser following a flat lift, a min-till variation, and Elgar was spread into a wheat crop the day before combining using a 36m boom spreader, a zero cultivation option.

With standard contractor charges for boom spreading over 24m coming in at just £20.22/ha, compared with £58.49/ha for direct drilling and £65.45/ha for a flat lift with subsoiler, the potential savings are significant.

Mr Martin says that the flat lift has worked “exceptionally well,” while Elgar established with the boom spreader looks a “little bit patchy,” but he is confident it has the potential to grow on into a competent crop.

It has been a tough 12 months for many growers who have had to contend with weather in winter and summer not conductive to high yields, which led to a poor harvest, only to be followed by very dry conditions at the establishment phase of the next crop.

However, with the area planted for 2017 predicted to be 8.25% lower than last year and co-operative group United Oilseeds predicting gross margins in the region of £819/ha, it has the potential to be a highly profitable crop for growers who can get a good yield.

While there are no specific ways in which Elgar needs managing in comparison with other varieties, he explains that its strong disease resistance ratings means it is less reliant on fungicides.

Mr Hartley said growers should pay close attention to their soil nutrient analysis, with deficiencies in micronutrients such as magnesium important to correct alongside applying sufficient amounts of phosphate, potash and nitrogen.

While some growers with access to liquid urea have opted to split fertiliser applications into three rather than two in order to apply a small extra dose at the foliar stage, Mr Hartley says growers shouldn’t rush to change if they aren’t on a liquid fertiliser system.

He explains that although there can be a yield boost, in some circumstances it can dilute the oil content of seed so while growers could have a bigger heap in the shed, they may get a smaller oil premium.

“The main way to maximise yield is canopy management.

“Growers should monitor crops closely with their agronomists and ensure if any growth regulation is needed it was done in a timely manner,” he says.

Mark Nightingale, oilseed specialist with Elsoms Seeds says there is a significant chance of canopy control being necessary this season as crops are forward in many parts of the country.

He explains the first nitrogen application should be based on the size of the crop, saying a small crop should have a smaller application to reduce the chance of nutrient losses, but a big crop could take up a bigger dose.

However, if a small application is made to a crop, the second application should be made soon after or when the crop starts to grow rapidly.