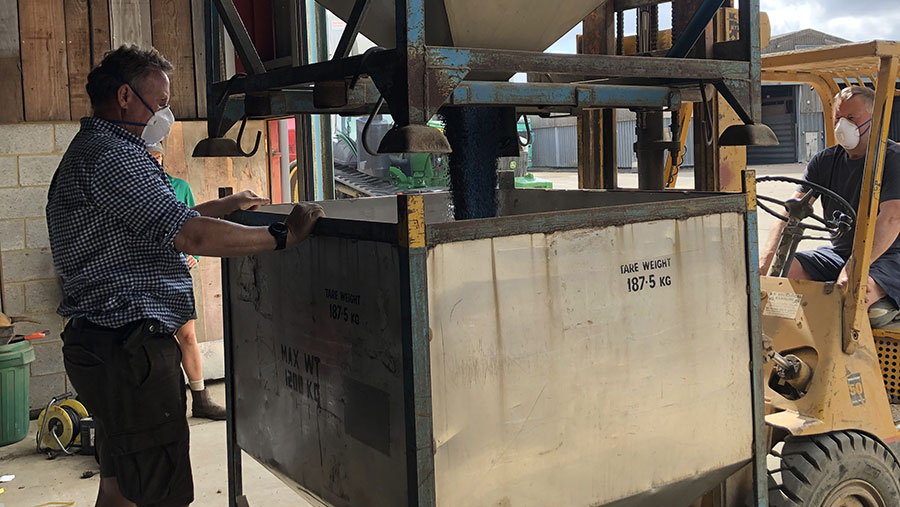 One Essex grower is giving oilseed rape one last try and upping his establishment costs by adding a companion crop to deflect pest pressure during the early growing season.

Many farmers have made the decision to stop drilling OSR this year due to the challenges faced by pests, including flea beetles and slugs, and the withdrawal of the neonicotinoids seed dressing. However, Will Streeter reckons it still holds a valuable key to his rotation and is giving it one last go.

This year’s crop wasn’t disastrous, yielding about 2.8t/ha, but the constant twice-daily battle to scare pigeons though the winter severely dents the margin. He is going to plant about 220ha of OSR this year, down 10ha on 2019, and is drilling a companion crop of buckwheat (Fagopyrum esculentum) alongside it.

Although not the first grower to trial this method, he is doing it without spending serious cash buying a new multi-hopper drill. All the seed has been mixed on farm using old grain bins and his 8m Horsch Sprinter is now running the red dimpler rollers to accommodate the buckwheat.

Mr Streeter’s agronomist advised a 6kg bag of Barbados OSR to be mixed with 8kg of buckwheat. The farm is also trialling drilling ferric phosphate slug pellets at the same time to avoid another pass.

Even though Mr Streeter’s seed costs have doubled, he is hoping that payback could be as much as a 1t/ha yield increase due to the buckwheat shielding the OSR from pest attack until the frost kills is off in the spring. He also says the importance of pigeon control can’t be underestimated and he dedicates two hours a day to this in the early season.

“Scaring pigeons is probably the most important plant protection job we do, as damage to the plants before the winter only allows flea beetle easy access to the stems and then it is too late to save the crop,” says Mr Streeter.

“Although we already spend a huge amount of time scaring these birds, we are aware this may need to increase in order to see a decent return.”