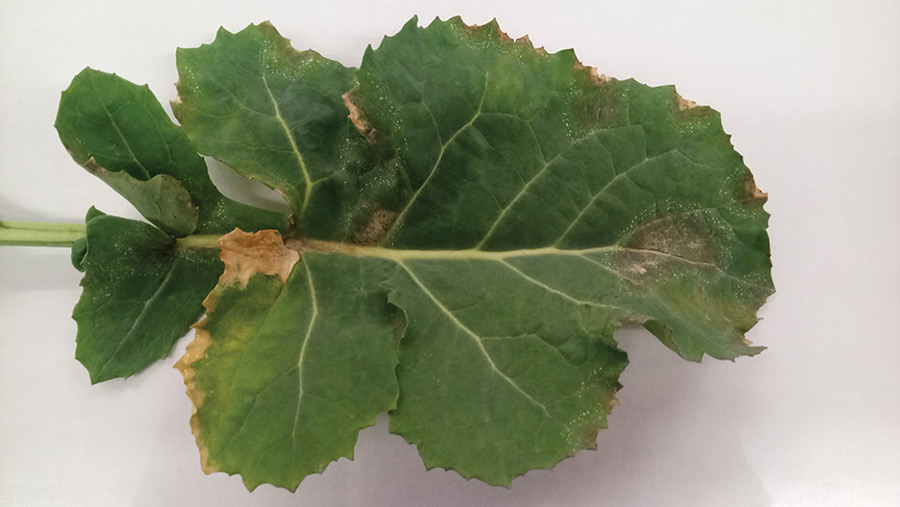 Robert Hurren is using a free diagnostic test to identify oilseed rape’s most damaging disease in his clients’ crops, allowing him to time fungicide treatments precisely.

The Suffolk-based crop consultant is utilising a service called SpotCheck to assess crops for light leaf spot, the often hard-to-identify disease which can cut yields by 50% in severe cases.

Oilseed rape leaves are collected every two weeks through the late autumn and winter and examined under a microscope for the first sub-clinical signs of disease.

“We see it as a valuable tool to time fungicides accurately as it is often a difficult disease to recognise in its early stages,” he tells Farmer Weekly.

Mr Hurren is part of the independent East Anglia-based Apex Agronomy group. All seven of its agronomists are members of the Association of Independent Crop Consultants (AICC).

For the fourth year, he is using the free SpotCheck service which is operated by crop consultant Adas, financed by agrochemical giant Bayer and supported by the AICC.

In October the AHDB’s light leaf spot forecast said the disease risk was one of the lowest on record as a dry spring had slowed disease development, although agronomists warn that what inoculum of this wet-loving disease there is present could easily be spread in favourable autumn weather.

Mr Hurren looks after about 2,000ha of oilseed rape across some 30 farms, largely east of the Ipswich-to-Norwich A140 trunk road towards the Suffolk coast.

Oilseed rape varieties are rated on a 1-9 scale for disease resistance in the AHDB Recommended List, with a high figure showing good resistance.

He is looking for scores of 6 or above for light leaf spot and phoma resistance, as early-drilled crops can develop quickly in mild, wet autumns and are more susceptible to disease. 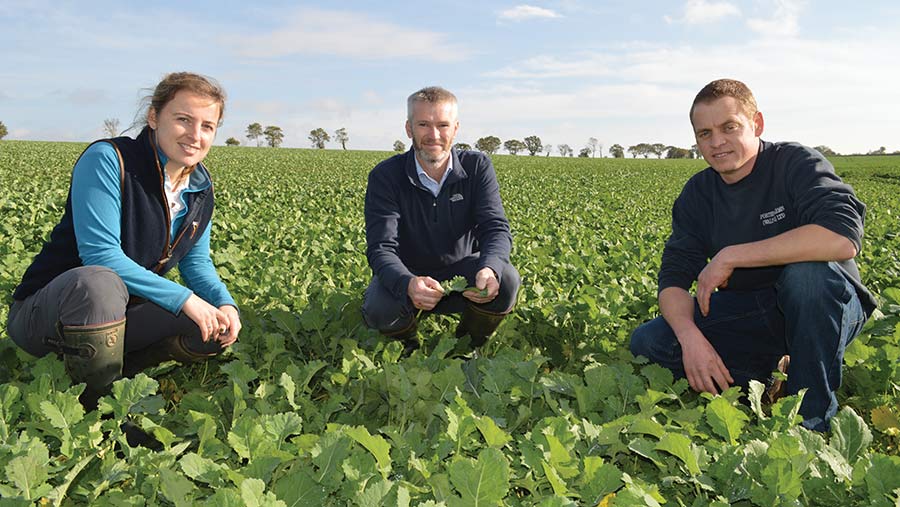 “We are looking for varieties with good resistance against light leaf spot and phoma, with preferably a 7 or 8, and not under a 6,” he says.

New hybrid varieties with good resistance to light leaf spot and phoma/stem canker include Aurelia (8 and 8) and Ambassador (7 and 8), while conventional variety Aspire also has good resistance (7 and 6), and all three are turnip yellows virus resistant.

Many of his crops need a phoma fungicide in the second half of October, especially in warm and wet autumns, and this season has seen the early onset of phoma.

Fungicide treatment for light leaf spot is largely based on the azoles prothioconazole and tebuconazole, with the former more effective while the latter is less expensive and has plant growth regulatory effects.

Mr Hurren prefers to use prothioconazole as the first fungicide in late October, primarily to control phoma but also to give protection against any latent light leaf spot.

Leaf sampling will start towards the end of November, and he and his colleagues look to test three fields in their area every two weeks until the start of stem extension in March.

Fellow Apex agronomist Frankie Pattinson co-ordinates the sampling. She walks a W shape across the fields, gathering 30-35 leaves from each field, and then sends them off to Adas for diagnosis.

The agronomy group covers the whole of East Anglia, and finds that light leaf spot can often be detected first in the west of the region due to the prevailing wind and rain, such as in east Cambridgeshire. This can give an early warning for farms in east Suffolk.

Prothioconazole (Proline and other brands)

Tebuconazole (Folicur and other brands)

When the results come back from Adas, if about 2% of the leaves are infected Mr Hurren might continue to simply monitor the crop, but when the level rises to 5% he is keen to apply another fungicide.

He emphasises that once the initial phoma/light leaf spot spray is applied in late October, leaf testing is particularly useful to decide whether a second spray is necessary, which could be later in the autumn or early spring.

“The testing regime is particularly useful to inform us of the need for a second spray and when to apply it,” he says.

He estimates that his crops get a second autumn spray about 50% of the time. Prothioconazole would be the main choice for this application, but if this spray is not needed until February/March he will often switch to tebuconazole, as this has PGR activity which may be needed in the spring.

Father-and-son farming team of Mike and James Porter see oilseed rape as important in their rotation, and good light leaf spot control is key to keeping the break crop on their farm.

Yields on their east Suffolk farm average 4.0-4.2t/ha, but last season, after increased flea beetle pressure, the yield of their 60ha of rapeseed dropped to 3t/ha and put some question marks over the crop’s future.

But on their 600ha of heavy land at Hillhouse Farm, Walpole, about 10 miles inland from Southwold, oilseed rape is a valuable part of their arable cropping.

“We are hanging in there with oilseed rape due to its value in the rotation while its deep roots help the soil structure,” says James Porter. “We have never lost oilseed rape to flea beetles, but the situation did get worse last season.”

This season their conventional varieties were drilled at 3.5kg/ha between 15-20 August, and subsequent rain helped the crop establish well, and James says it looks to have real potential this season.

This means that for three seasons there is minimal disturbance to the soil, helping to improve the structure and not bring up any blackgrass seed, on a farm that has not used a plough for 10 years.

One particular block of Aspire looked especially good after wheat straw was chopped and rapeseed direct drilled with 30kg/ha of nitrogen applied. The only herbicide likely to be used will be propyzamide and aminopyralid (AstroKerb).

Mike Porter says blackgrass is a problem, but the farm has got on top of the grassweed by widening the rotation, growing spring linseed, spring naked oats and vining peas, and no second winter wheats.

The SpotCheck initiative was started in 2017 by Bayer as light leaf spot is often difficult to spot in the early stages of infection.

Small white dots, which can look like tiny grains of sugar, may be seen scattered across the top or underside of leaves where the fungus is erupting from the leaf surface.

Without a hand lens or microscope, these signs are often difficult to spot as they may not appear on every leaf or every plant, and are easy to miss when walking the field.

Fungicides provide mainly protectant activity against light leaf spot, so the testing service can help growers to identify the early sign of infection.

To send in a leaf sample for light leaf spot assessment and diagnosis, request a sample pack from Philip Walker at Adas Boxworth by calling 01954 268200. The process for sampling is: