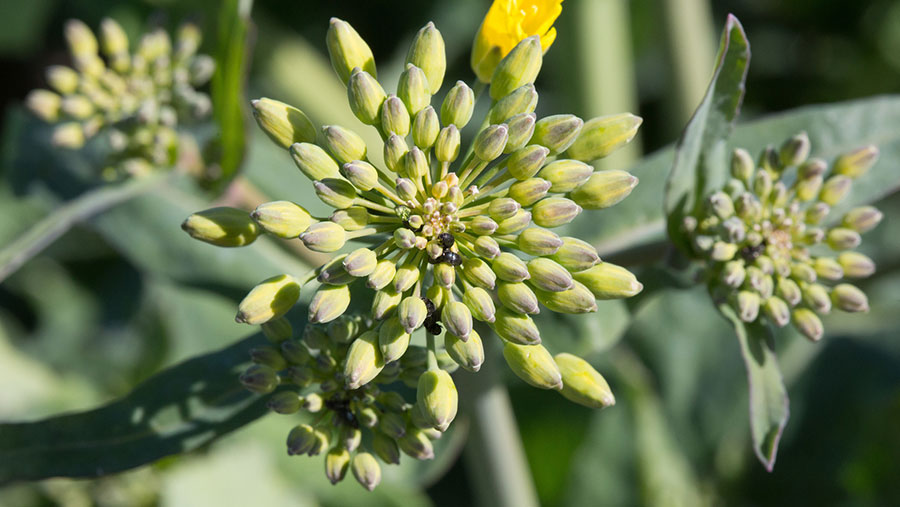 The pollen beetle migration has started across much of England and oilseed rape growers are being urged to start looking out for the pest in coming weeks.

Almost 70% of the 83 weather stations in England and Wales turned red on that day, but none did in Scotland. 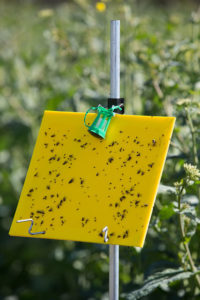 Pollen beetles start to migrate to winter oilseed rape crops from mid-March and throughout April.

If flowers are not open, beetles bite into and kill buds, thereby causing potential yield losses.

“If so, it’s time to put yellow sticky traps out in fields to monitor local abundance and keep an eye on migration map updates.”

She says the map tells farmers when it’s a good time to get into crops and assess average numbers against the threshold (see ‘Pollen beetle treatment levels’, below).

“It helps to focus monitoring effort to when it’s most needed and facilitate practical use of thresholds.”

As the plant population increases, the number of beetles required before treatment is viable falls.

However, its still early days as for the weather stations where migration has begun, the percentage migration map is showing just two to six percent migration.

Pollen beetle need sustained periods of 10C to 15C to break hibernation and migration typically continues for four to six weeks, she explains.

Keep up to date by visiting the Bayer Pollen Beetle Predictor map.