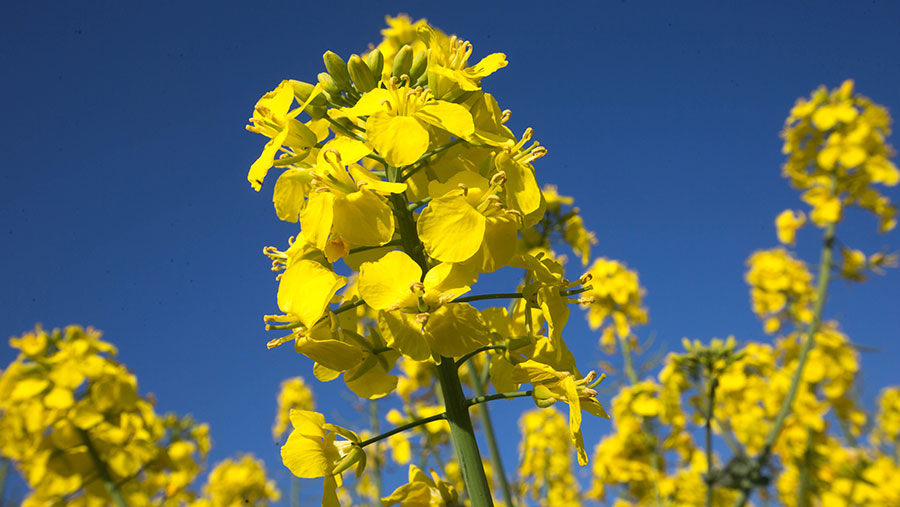 Growing organic oilseed rape in Scotland is being explored by a group of scientists and farmers, which could lead to a new premium-earning cropping opportunity for arable farms north of the border.

The idea follows a fact-finding visit to Sweden, where about 10% of the oilseed rape area is grown organically.

Robin Walker and the research team at Scotland’s Rural College is leading the Scottish Organic Canola project, with the help of a £30,000 grant from the Knowledge Transfer and Innovation Fund.

Dr Walker said the project will primarily be driven by farmers using a range of approaches, some based on the Swedish model, which include crop establishment, fertiliser management and precision weed control.

Large oilseed rape plots have been planted on five farms across the north-east of Scotland in Moray, Aberdeenshire and Angus, offering the opportunity to compare variety choice and organic management strategies.

It is the first time that the crop has been grown organically on this scale in Scotland.

Edward Smith, chair of the Scottish Organic Producers Association, described how the organic rapeseed will be used in markets for specialist ruminant livestock feed, poultry rations and also human consumption.

“The project will link the whole supply chain from Scottish soils through to consumers, which includes both livestock and human use of the products, with potential to open up new regional and export markets,” said Mr Smith.