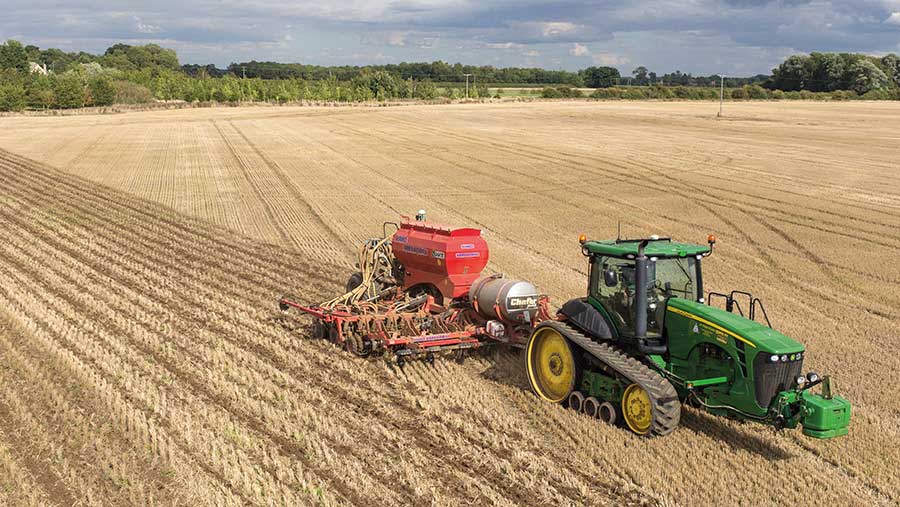 The area of oilseed rape drilled this summer is set to be down on last season, although with good establishment ironically the harvest area next year could well be higher.

This is because what rapeseed has gone into the ground this summer has shown good early growth with little pest damage and so more of the area could survive through until harvest 2021.

Seed trade experts say certified oilseed rape seed sales are down as much as 35% this season, but farm-saved seed could well be higher to offset some of that sharp decline.

“This season I think the planted area of oilseed rape will be down, but the harvested area will be up,” he tells Farmers Weekly.

Smallest area for over 30 years

Traders say the UK harvested oilseed rape crop area this summer could have been as low as 320,000ha, the smallest for over 30 years. They suggest with a low average yield of 2.7t/ha this will give a crop of below 1m tonnes.

Barry Barker, national arable seed product manager at agronomy group Agrii, says the oilseed rape area is set to fall based on seed sales, which usually account for two-thirds of the area – with the rest made up of farm-saved seed.

“Certified seed sales are running 25-35% lower due to the delayed harvest of winter wheat and spring barley in some areas, and worries about flea beetle,” he says.

Although farm-saved seed’s share of the market may creep up to 40% this season as growers look at  cheaper ways of establishment, the total area will still be down. The seed market is split roughly 50-50 between hybrids, which can not be farm-saved, and conventional varieties.

Philip Kimber, commercial grain manager at fellow agronomy group Frontier, agrees that the area drilled will be down as seed sales have been slow, but crops in the ground look good.

He points out there is demand for the output of 600,000ha of oilseed rape to feed the UK crushing industry’s annual capacity of 2m tonnes, and there is need for vegetable oils and protein meal from the crushers.

Seed traders say growers have chosen varieties with early vigorous growth this summer and have often drilled early to try and beat the flea beetle threat, as there are no really effective insecticide treatments available.

Mr Barker at Agrii says his group’s top-selling hybrids have been Ambassador, Exsteel and Invigor 1035, while the top conventional is Aspire.

Varieties such as Ambassador, Aspire and Aurelia have the advantage of resistance to turnip yellows virus.