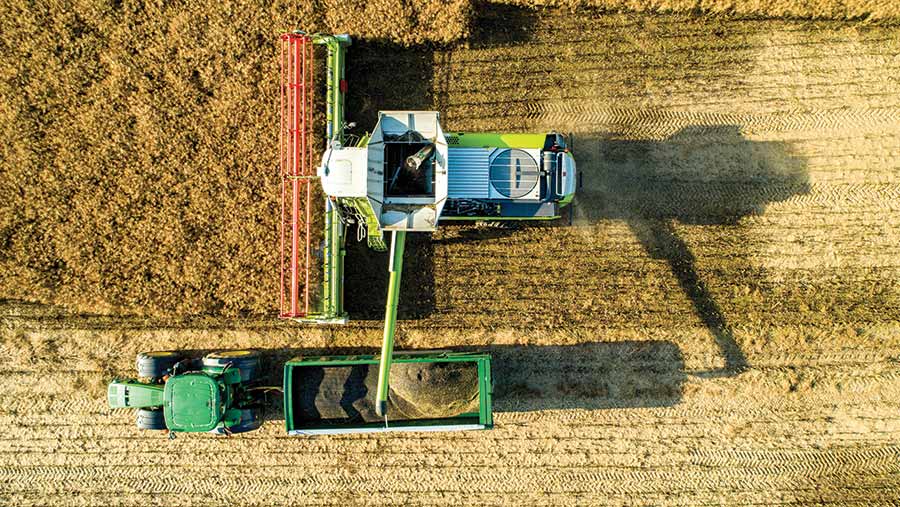 Oilseed rape growers may have to abandon the crop for two years and then return with longer rotations if the valuable break crop is to survive in the long term.

Rising damage from cabbage stem flea beetle and a series of dry autumns hindering establishment have seen the crop area more than halve in the past eight years, and this autumn’s crop is predicted to be down again.

Dick Neale, technical manager at agronomy group Hutchinsons, believes that drastic action is needed to break the recurring flea beetle pest problem and give the crop a more viable future.

“We need a two–year gap to break the breeding cycle of the flea beetle and then grow the crop less often and grow it with a more disciplined approach,” he tells Farmers Weekly.

He argues for a “blackgrass” type policy of changing cropping rotations to break this persistent pest problem, but the flea beetle is a more serious threat as there are no effective pesticide options to control it.

Drilling oilseed rape and then ripping up the crop if it is failing in the spring will not solve the problem, as the beetles and their larvae will have established and the cycle will not be broken.

What is needed is the two-year break away from the crop, and then growers could return to rapeseed in a no-narrower than one-in-five-year rotation along with pulses and cereals.

This crop break would have to be co-ordinated across an area of as much as 5-10km from an individual farm to counter the movement and spread of the beetles. 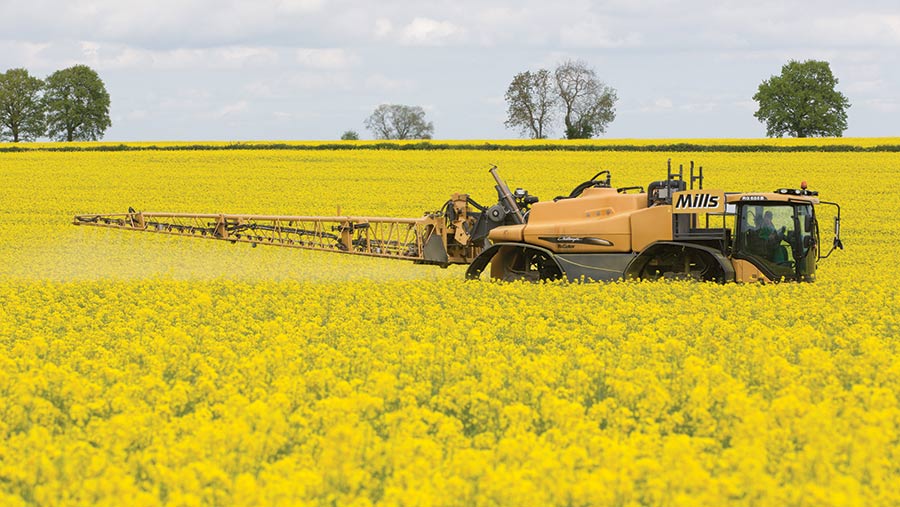 Crop damage from flea beetles was exacerbated after the ban on neonicotinoid seed dressings in December 2013, while Mr Neale argues even these insecticides were not working very well and failed to control flea beetle effectively.

This is the major reason the UK area of oilseed rape shrunk from a high of 756,000ha in 2012 to an estimated 361,000ha in the ground from the AHDB’s Early Bird survey, and Mr Neale sees no reason this autumn’s drilled crop will be above 300,000ha.

The crop is “too fragile” to maintain a high area, and he believes 450,000ha could be a viable level going forward if the flea beetle cycle is broken.

This could mean a profits cut for growers, as oilseed rape has been a top earner and replacement crops are likely to be of a lower profit margin, although margins could increase across the whole rotation.

If growers do move to longer rotations and a smaller area of rapeseed, they could focus on targeting areas they can drill in a tighter window, and so ensure enough moisture for seven days for the seed to germinate and grow.

Weather patterns have shifted over recent years from rain often in late August to a wetter period earlier in the month, and then often a very dry September, so early drilling can be very important.

For early drillings, growers should choose turnip yellows virus-resistant varieties, and there are a host of new high-yielding ones at the head of the AHDB recommended list, such as Ambassador, Aurelia, Artemis, Dazzler and Darling.

For later drilling, hybrid varieties with high vigour can be chosen to grow strongly before the onset of winter.

“Moisture and seed-soil contact are critical at drilling time, with a one-in-five year position in the rotation, oilseed rape growers will have time to plan cultivations and previous cropping to ensure optimum establishment conditions,” says Mr Neale.

After oilseed rape harvest, Mr Neale suggests not to cultivate stubbles any deeper than 50mm to ensure optimum germination of any non-harvested rapeseed.

Mix rapeseed into the soil too deep and growers will create plenty of volunteer oilseed rape plants for the future.

“My advice is to leave oilseed rape stubbles for a month, let the seed chit, then cultivate lightly prior to drilling winter wheat,” he says.

As well as oilseed rape in the rotation, he suggests peas, winter and spring beans and winter linseed, supporting first and second winter wheats and spring barley. Regular pulse growing could help develop long-term growth markets for these crops.

He suggests using cover crops before spring-sown cash crops, and catch crops between two winter wheat crops to maintain biodiversity in the soil.

Smallest oilseed rape area to be harvested for 18 years

Oilseed rape production is likely to slide to just under 1.2m tonnes from the lowest crop area grown for 18 years, prompting a need for imports.

Despite the lower predicted harvest, reduced demand from biodiesel due to the Europe-wide Covid-19 lockdown is keeping a lid on rapeseed prices, at present trading at a touch over £303/t.

Owen Cligg, trading manager at co-operative group United Oilseeds, says with a predicted crop area to harvest that he sees at 350,000ha at an estimated average yield of 3.3t/ha gives the predicted production figure of just under 1.2m tonnes.

Current rapeseed prices trade around £303/t ex-farm for immediate delivery and post harvest 2020 for 40% oil rapeseed, with every 1% oil over the 40% benchmark worth an extra 1.5% on the prices, with 45% oil content rapeseed giving an added bonus of nearly £23/t.

The European Union banned the use of three neonicotinoid active ingredients – imidacloprid, clothianidin and thiamethoxam – on oilseed rape from December 2013 due to their link with the decline in the number of bees. These systemic insecticides were largely used as seed dressings.

The EU then extended the ban by the end of 2018 to include crops such as winter cereals and sugar beet, meaning that winter cereal growers are unable to access once widely used neonicotinoid-containing seed dressings such as Deter (clothianidin).

Another neonicotinoid insecticide, thiacloprid, as used in Biscaya for the control of pollen beetles and the aphids which transmit turnip yellows virus in oilseed rape, has been banned by the EU from the end of April, although it has emergency clearance for control of the aphids which spread virus yellows in sugar beet.