Oilseed rape growers are being urged to focus on good establishment, adequate nutrition and top-notch disease control to avoid the dismal yields of last summer.

Poor weather was the key reason behind the fall in yield, but the two crop experts and two large-scale rapeseed growers we spoke to all argue that growers need to concentrate on factors within their control to keep yields as high as possible.

See also: Oilseed rape area is set to slip for fifth year in a row 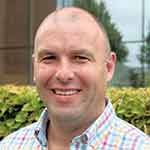 A wet winter, a late spring and little sun in June saw national yields drop more than 20%, but Russell McKenzie from Cambridgeshire and Jim Beeden in Lincolnshire say it is still the most profitable break crop for them.

Mr McKenzie saw yields in two of his fields fall below 3.5t/ha for the first time, and both growers showed an average yield of 3.7t/ha, well below their five-year averages.

They are holding their areas largely stable this season even though the national area is set to decline for the fifth year in succession. The crop area for harvest 2017 is predicted to be down 26% at 560,000ha from a peak of 756,000ha at harvest 2012.

Manages 995ha of primarily heavy clay arable land based at Howson’s Lodge, Old Weston, 10 miles north east of Huntingdon. Mr McKenzie is an AHDB monitor farmer and has completed a Nuffield scholarship on no-tillage around the world. 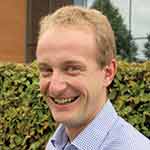 Will Vaughan-France, technical specialist from oilseed rape breeder Monsanto, urges growers to build resilience into their growing programmes by focusing on factors within their control.

“We can’t do anything about low solar radiation in June, but we can get the crop into a condition so it can cope better with a lack of sun,” he tells Farmers Weekly.

“Getting the balance between consolidation and compaction is crucial in establishing the oilseed rape crop,” he says.

Yields of rapeseed fell to 3.1t/ha at the 2016 harvest from 3.9t/ha the previous year, according to Defra estimates. We asked the experts and growers about the key factors to focus on to try to keep yields high. 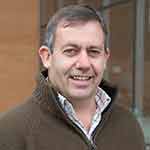 Good crop establishment is everything, believes Mr McKenzie. Mr Beeden adds that a well-established crop is better able to cope with any problems.

Both are keen on rolling after drilling to get better seed-to-soil contact, as well as double rolling to achieve the best possible establishment, especially in dry conditions.

“We need to drill well and then consolidate the seed-bed,” says Mr McKenzie, while Mr Beeden’s focus is on low-soil-disturbance drilling then rolling. 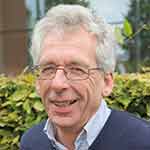 Mr McKenzie carries out a lot of mole drainage and ditch cleaning to keep his heavy soils well drained, while Mr Beeden says good soil health is key to allow good availability of nutrient to plants.

Mr Richards points out that one problem with last year’s wet winter was that plant roots did not develop fully and so the crop lacked moisture and nutrients in June.

He is an advocate of pressing ahead with drainage and even though it can cost almost £3,000/ha, he believes it is a cheaper way of expanding cropping options than buying new land.

Mr Beeden uses a ate of about 50 seeds/sq m, but he varies rates up to 70-80 seeds/sq m on potential problem sites, such as heavy land or headlands.

”Certainly hybrid varieties are important for us as they do give better vigour in the autumn,” he says.

Both have seen better-looking crops and higher yields from reducing oilseed rape to once in four years in the rotation from once in three years.

Mr McKenzie’s area of oilseed rape is largely unchanged this season at 145ha, in a four-year rotation with two winter wheat and a crop of spring barley or beans.

Mr Beeden is growing 674ha of oilseed rape in a four-year rotation with other crops including winter wheat, winter and spring barley, linseed, miscanthus, sugar beet, maize and forage rye.

Mr McKenzie has lost 27ha of oilseed rape to flea beetles in an area close St Neots that has seen a lot of brassica crops, while his experiment with companion cropping using berseem clover has had limited success.

Within Monsanto’s portfolio, he would pick Extrovert and Exalte rather than Cabernet, which shows slow spring growth, to counter flea beetle problems.

Both growers are using nitrogen and phosphate fertiliser at drilling, and Mr McKenzie says this does make a big difference to his crops.

Applying fertiliser alongside the seed allows rapid uptake and give the plants a better chance to grow away from the adult flea beetle threat.

A wet June led to a surge in the crop’s most damaging disease, light leaf spot, and both growers have a clear focus on varietal resistance.

Both will not grow varieties that have a rating of less than 6 for light leaf spot and phoma on a scale where 9 is good resistance and 1 is very poor.

This season, Mr Beeden is growing conventional variety Elgar and hybrids Extrovert, Exclaim and Exalte, which all meet this criteria.

Price comes to rescue this year

Although oilseed rape yields are down this year, higher prices – which are in part due to the weaker pound – have meant growers’ returns could actually be higher this season.