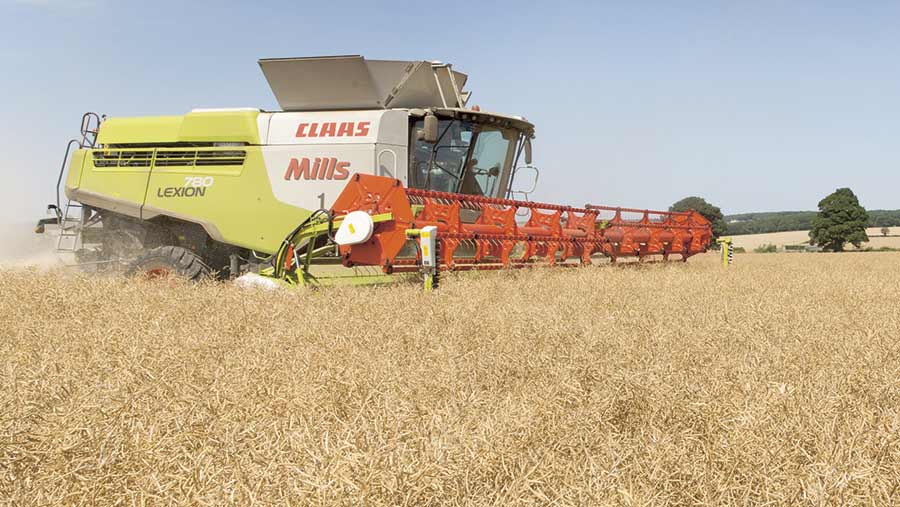 Erucic acids levels in rapeseed have been creeping up over the past few years leading to price penalties and outright rejections of oilseed rape loads, costing growers dearly.

The reasons behind the problem are unclear but three of the main culprits are seen as cruciferous weed contamination, farm-saved seed and mixing with specialist industrial-use high erucic acid rapeseed.

Oilseed rape contracts stipulate a maximum of 2% erucic acid, but rapeseed oil can be used in the food industry up to a 5% level. Currently, rapeseed loads are rejected over 5%, and loads between 2% and 5% can incur price penalties.

Now, the European Union is tightening the food standard to a maximum 2% from 5%, which could be implemented as early as this autumn, so growers drilling crops this summer need to be fully prepared. Britain is likely to follow these tighter rules even after Brexit.

Currently about 1.5% of rapeseed loads are rejected as being over the 5% erucic acid level and as many as 20% are between 2% and 5% and so are likely to incur price penalties.

These three – weed problems, farm-saved seed and growing industrial-use rapeseed – are all more prevalent in the UK than continental Europe, perhaps explaining why this is largely a UK problem.

“It’s likely to be a combination of factors such as weeds, farm-saved seed and volunteer plants,” said Mr Hall, who is the company’s North West Europe commercial lead.

Contamination from weeds such as charlock, wild radish and hedge mustard can raise erucic acid levels as these weed seeds are high in erucic acid, and these have become more prevalent in recent years due to milder winters in Britain and fewer herbicide options.

“We believe that difficult-to-control weeds are a factor,” said Mr Hall.

One solution is to use Clearfield varieties, which are bred conventionally with tolerance to the herbicide imazamox. This herbicide has good activity against cruciferious weed, which can have erucic acid contents of 20-30%.

About one fifth of the UK crop is drilled using farm-saved seed, compared with less than 5% in France and Germany, so if higher erucic acid levels are coming from weed contamination of farm-saved seed, this highlights the need to test seed before drilling.

Tests can cost £50-70 a batch to check on erucic acid levels.

Some farms grow specialist high-erucic-acid rapeseed (Hear) for industrial use which contain 40-50% erucic acid, so contamination from these crops could cause a problem.

“For growers just moved over from Hear crops there could be a potential problem,” said Mr Hall.

Growers need to check the history of any Hear crops on their farms, and keep any suspected high-erucic-acid rapeseed separate. There could also be some cross-pollination from neighbours who grow Hear crops, so check with them.

Mr Hall said Monsanto is looking at a three-pronged approach to help growers: