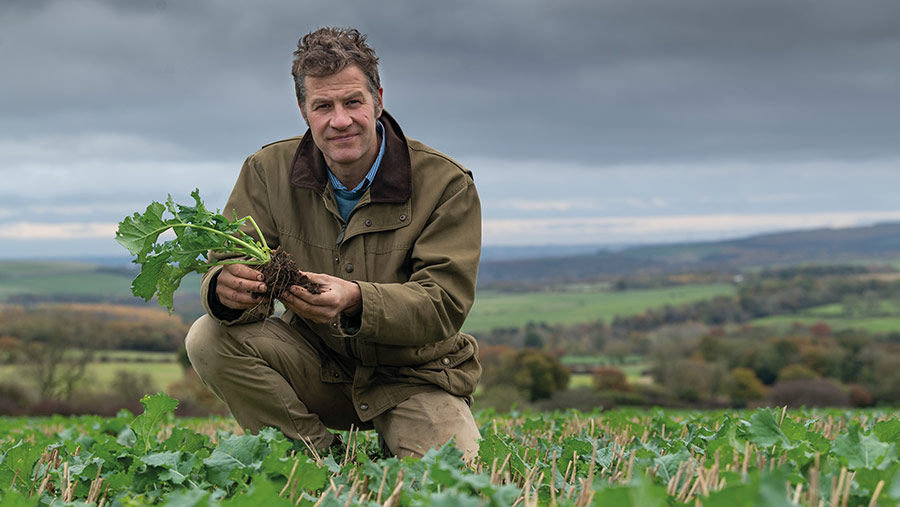 Oilseed rape is being grown in a low-cost, low-input system by County Durham farmer Richard Suddes, who puts the emphasis on plant and soil health rather than disease control.

Fungicides haven’t been used on the rape crop for the past four years, with Mr Suddes opting for disease-resistant varieties that are given a good start and then kept clean with a foliar nutritional programme in the spring, at a cost of £24/ha.

See also: How OSR is working in a regenerative farming system

Having made soil health a priority, he has been direct-drilling since 2009 and is always looking to improve the soil biology – mainly by having a very flexible rotation and making good use of organic manures.

“We are producing strong, healthy plants from soils that are cycling organic matter well, making them less susceptible to attack,” he says. 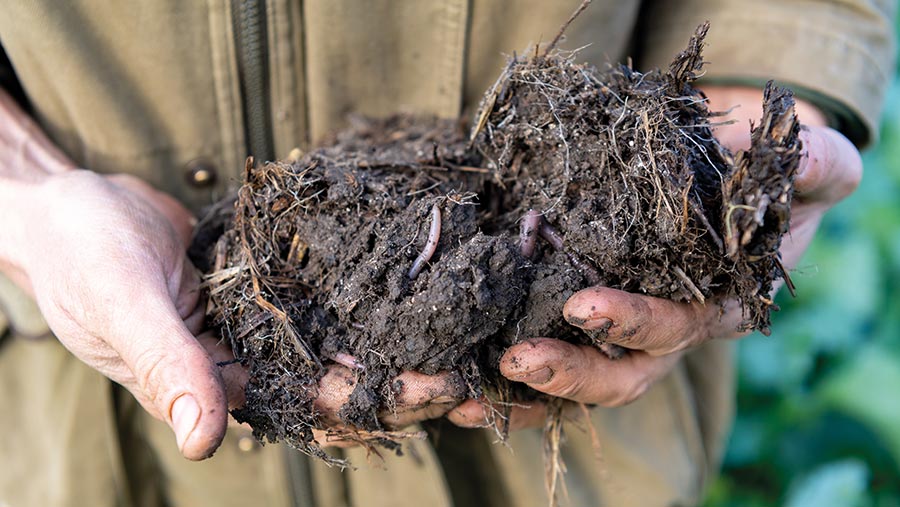 “As a result, the rape grows away strongly. The fact that we are farming at 260m above sea level also helps to keep disease pressure low.”

He describes his oilseed rape yields as weather-dependent, ranging from 3t/ha to more than 5t/ha, according to conditions.

This year’s two blocks of 70ha of DK Extrovert at South Farm, Cornsay, were drilled a month apart, with the poorer glacial till land drilled in the first week of August, following a winter barley crop.

The remainder, which is being grown on better, lighter land after wheat, went in during the first week in September. 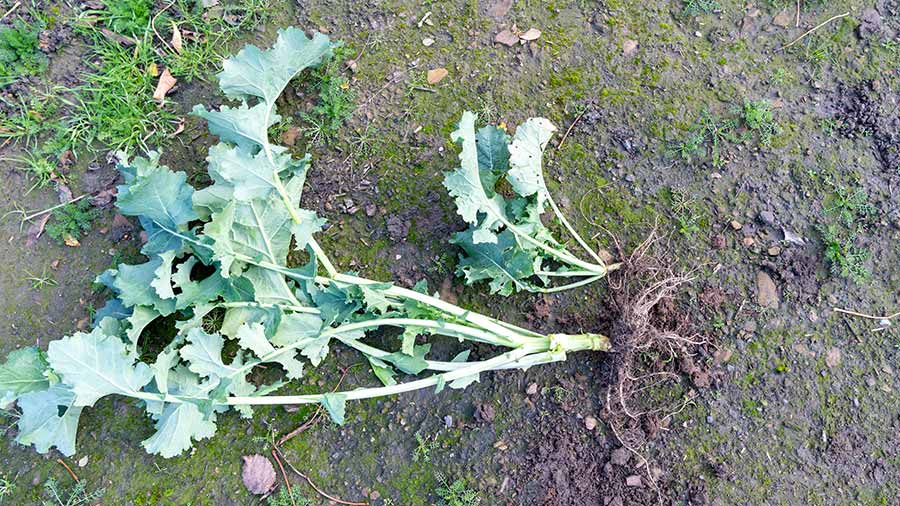 Both crops were drilled with the farm’s Seed Hawk drill in 25cm rows at a seed rate of 2.7kg/ha.

Mr Suddes’ approach is to put 50kg/ha of phosphate down the spout at drilling, following up with either 20kg/ha of artificial nitrogen or hen muck once the crop is up.

Gypsum is also used on these high-magnesium soils which, as well as preventing nutrient lock-up, also helps to deter slugs.

Flea beetle numbers remain low and insecticides haven’t been used on the farm for 12 years, with Mr Suddes confident about being able to deal with the pest.

“Chicken muck seems to help, so we apply it over the top of the crop in March,” he says. “Having been no-till for 13 years, our soils travel well at that time.”

Slugs can be a bigger problem, so a precautionary application of ferric phosphate-based slug pellets is made just after drilling, with crops then monitored closely to see if another application is justified. 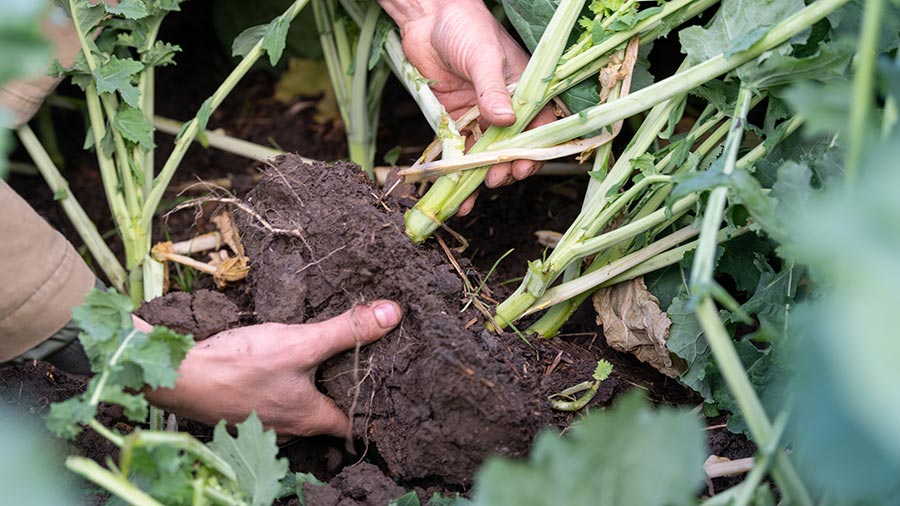 This autumn, for the first time ever, he had to use an autumn growth regulator on the early-drilled crop.

“It was romping away and I am aware that late-spring frosts can really knock yield if the crop is too far forward.”

He isn’t planning to use any fungicide on the crop, having avoided their use in previous seasons.

Hybrid varieties have been grown since he switched to direct-drilling, with seed being one of his main costs. Conventional varieties remain of interest – his other crops are all grown with home-saved seed.

“The temptation is always there,” says Mr Suddes. “If there’s a conventional variety that has the same level of disease resistance and vigour as DK Extrovert, I’d like to try it.”

An application of Astrokerb (aminopyralid + propyzamide) or Kerb (propyzamide) will only be made if it’s required, with the crop then left until the tailored foliar nutrition programme starts in the spring.

Corteva Agriscience is delighted to sponsor OSR Future, a series following the progress of the 2021-22 rapeseed crop and exploring how farmers are changing the way they grow it.

OSR is a vital part of the rotation and Corteva remains committed to helping deliver the tools to ensure the crop has a bright future with farmers.

This year has seen the commercial launch of Pioneer Brand PT303, the first winter OSR hybrid with a claim for sclerotinia tolerance. The latest AHDB trials results show PT303 has given the highest gross output of all Recommended List entries with a yield of 107%, and that was in trials that are fully protected against sclerotinia.

With an innovative R&D pipeline, fantastic varieties alongside proven crop protection products such as Belkar, Astrokerb, Kerb Flo 500 and Korvetto, farmers will have the tools they need to maximise the potential of their crops.