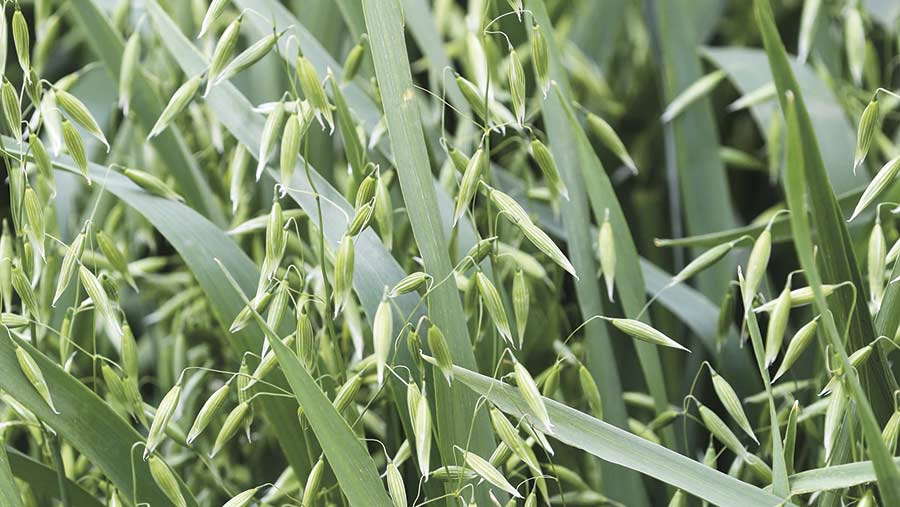 There are a number of winter and spring cropping options offering farmers a profitable break crop next season by earning a healthy premium.

However, they must have a market – so even though it is possible to add value without too much effort, it is essential that growers first secure a contract before they go into the ground.

“Some of the markets for these crops are quite small,” explains Nigel Padbury, seeds and marketing manager at Premium Crops.

“They have a genetic characteristic that the end user wants and will pay extra for, so it is important that the supply is managed throughout the year.

“The best way for that to happen is to grow them on contract. These crops don’t work on seasonal markets.”

There are winter and spring specialist crop options – many of which will be on display at this year’s Cereals event – including high erucic acid rapeseed (Hear) naked oats and barley and red wheat.

For those looking for an autumn drilled option, Hear oilseed rape – with its different oil profile to other rapes – is one of the most obvious choices.

Grown in the same way as a standard oilseed rape crop, the premium on offer from the oil it produces for industrial uses is £35/t, which is in addition to the usual oil bonus. Three varieties will be displayed by Premium Crops, with newcomer Ergo joining Rocca and

Three varieties will be displayed by Premium Crops, with newcomer Ergo joining Rocca and Palmedor.

“Ergo is the shortest of the three, so it is a better bet for heavy soils,” advises Mr Padbury. “In general, variety choice comes down to their technical management and the site it is being grown on.”

“In general, variety choice comes down to their technical management and the site it is being grown on.” 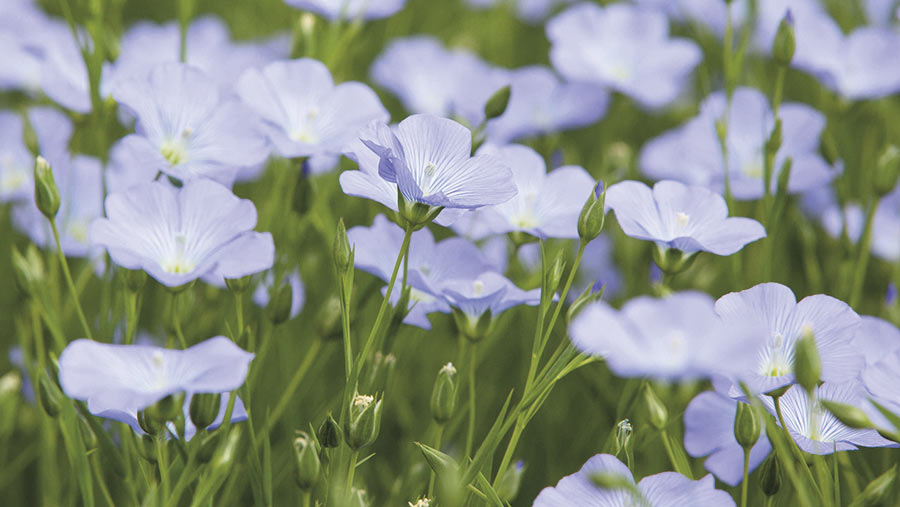 Winter linseed is another option, but it won’t necessarily bring any added value, he adds.

“The differentiation comes with the spring linseed, as there are brown and yellow varieties as well as ultra-high omega-3 types, which have premiums attached.”

Yellow varieties go into the human consumption market and are also found in bird seed mixes, while high omega-3 varieties are used in livestock feed.

There will be an array of varieties on show, with three or four winter linseeds being grown alongside eight spring linseed varieties.

Naked oats are another crop to have winter and spring varieties. Newly recommended Peloton from

Newly recommended Peloton from Senova will be one of the winter varieties on show and can be seen on the Just Oats stand.

“Naked oats are used in horse feeds, bird seed and by pet food manufacturers, as they have a higher nutritional value,” explains Senova director Jeremy Taylor.

“As well as being a good break crop, they are easy to grow and harvest, being the same as conventional oats in most respects.”

Lower yielding, due to the lack of a husk, the prices paid for them are significantly higher at about £170/t. The straw has a value too.

Canary seed is a spring drilled crop with a very short growing season – making it a good fit for farms where multiple stale seed-beds are used and spring cropping is part of the plan.

Drilled at the end of April or early May, it is harvested in early September and produces a seed similar to that of yellow linseed. Yields are typically in the region of 2.5-3.0t/ha, with grain value being £350-£400/t.

Produced for the bird seed market, it can be grown across the UK, often finding a place on heavier land, and shouldn’t be confused with canary grass. 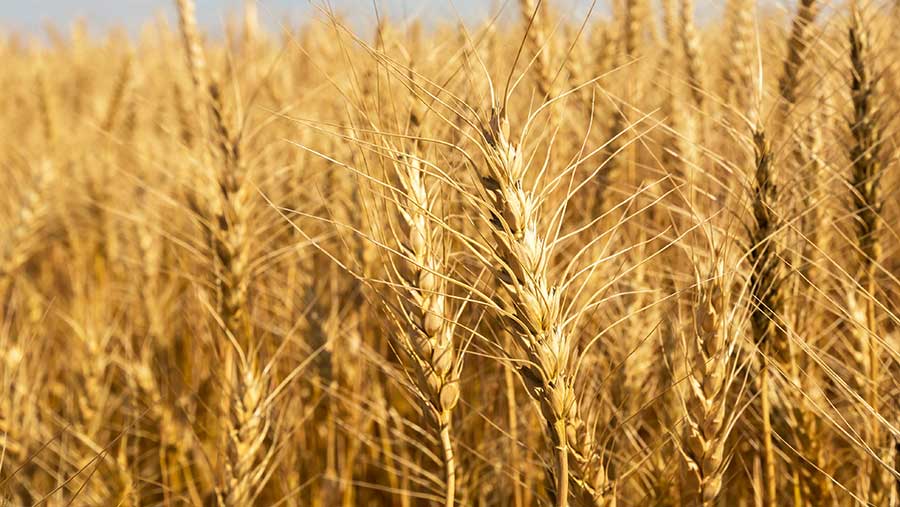 With a protein content some 3-4% higher than a standard Group 1 wheat, as well as better protein quality, it has to be grown on contract and prices vary with the season and the wheat market. Infinity has replaced AC Barrie as the variety of choice and has a 10% yield advantage over its predecessor.

Infinity has replaced AC Barrie as the variety of choice and has a 10% yield advantage over its predecessor.

With yields of about 3.9t/ha, it offers another spring drilled option.

Quinoa varieties bred for the European climate will be exhibited by the British Quinoa Company at Cereals.

Demand for the seed has soared in the past few years, as its nutritious properties and health benefits have been recognised and promoted.

A spring drilled small seeded crop, it is harvested in September – fitting in well to most arable rotations.

It’s early days, but researchers at Harper Adams University are hoping to bring naked barley back to UK fields.

The health benefits of the crop are of interest, as the grains thrash freely from the hull and the whole grain can be used without processing. It also contains beta-glucan, known for lowering cholesterol.

The search is on for varieties suitable for the UK, with a trial plot being on display in the Specialist Crop Zone.

The Specialist Crops Zone is a new feature making its debut at Cereals 2017, which is being held at Boothby Graffoe, Lincolnshire, on 14 and 15 June.

Find out more about the event and buy your tickets in advance at the Cereals event’s website.