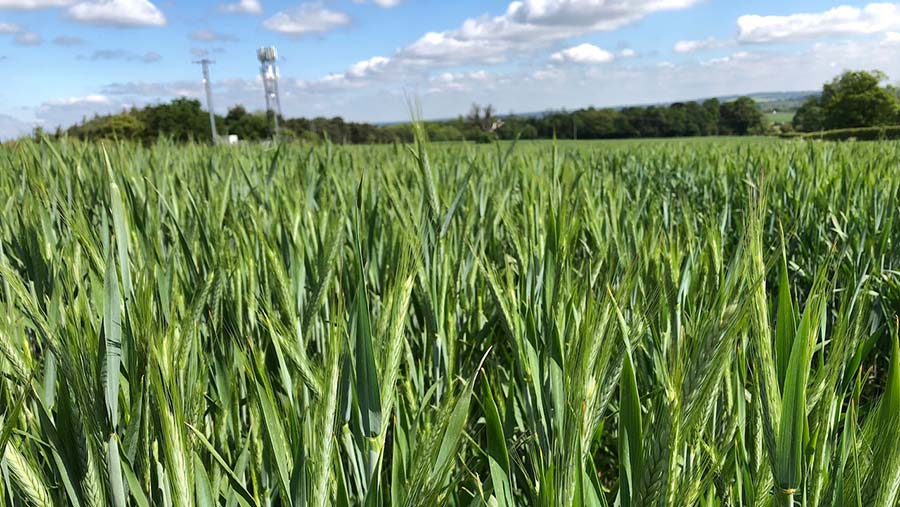 His Cotswold brash soils often fail to grow decent wheat or barley yields due to hot and dry summers, but the cross between wheat and rye has thrived in these conditions.

“The triticale saved me in what’s been a difficult year, because it yielded well and it provided much-needed straw for the animals,” he says.

This compared with wheat and barley crops where there was very little straw to bale last summer.

“With the hotter summers we seem to be having, the triticale performs well and seems to like the dry weather. It’s a crop we will always grow on dry land,” adds Mr Irvine.

He started growing spring triticale in 2016 at Highfield Farm, Foxley, near Malmesbury, and it yielded over 9t/ha which was about 1.85t/ha more than the barley planted the same year. In 2017, he drilled more triticale, which totalled 121ha and hasn’t looked back.

Mr Irvine is growing the spring variety Somtri, which can be drilled from November through to March/April and is often aimed at livestock farmers due to its grain and straw yields.

Gemma Clarke, managing director at Cope Seeds and Grain, which supplied the triticale seed, says the variety is tall and so provides a good yield of straw.

“Somtri is a variety that we have had for a number of years, which consistently performs each year, both organically and conventionally, producing bold grain with high specific weights,” she says.