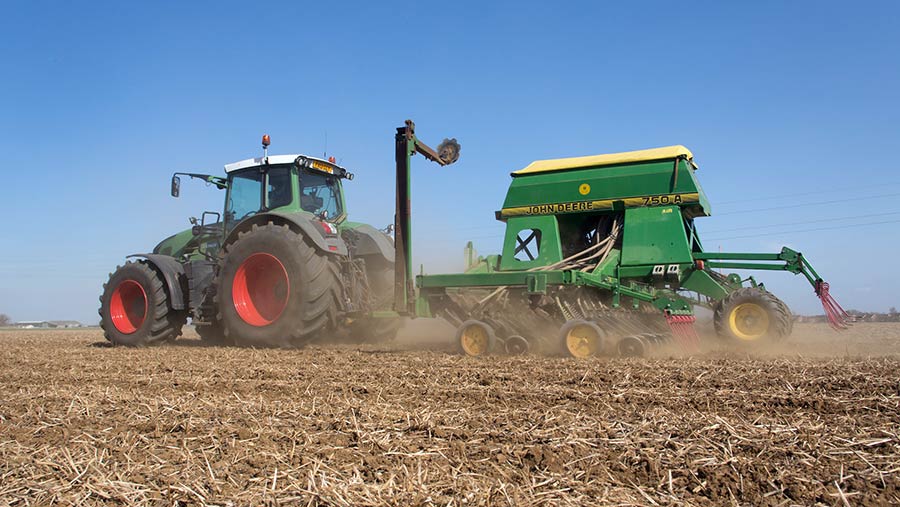 Growers who resist the temptation to follow the spring barley crowd and opt for spring oats instead can reap the savings of this cheap-to-grow break crop.

Global demand for oats has been rising steadily in recent years and hit a record high in 2015, driven by increasing appetite for breakfast cereals and snacks containing oats.

Agrovista agronomist Ben Lowe walks and advises on about 1,000ha of spring and winter oats from Aberdeenshire down to the Scottish Borders.

“Gluten-free [markets] are helping drive prices so growers are finding that the crop can be very lucrative. Oats do need to be grown on contract, but have a look at the contracts that are on offer because certain varieties could get you a £5/t premium over others,” says Mr Lowe.

“The beauty of spring oats is that effectively it is a break crop and helps with take-all problems. If you’ve got some land that has a low pH or is low in P and K then [oats] will likely do better than spring barley would because it is a scavenging crop,” he explains.

He says growers should aim to drill around mid-March, but if conditions are bad then good establishment can still be achieved up to mid-April.

A typical Scottish seed rate is 185kg/ha, but Mr Lowe says some growers are increasing this up to 200kg/ha after the cold, dry spring last season meant plants tillered less.

Mr Lowe advises to up the seed rate to 190-200kg/ha this spring if conditions are cold and dry because spring plants have a shorter window to produce tillers.

He advocates applying 70kg/ha of nitrogen at the time of drilling to help with this, but stresses that managing nitrogen, lodging risks and growth regulation can be tricky.

A typical yield for spring oats is anything between 7t/ha and 8t/ha, he adds.

Spring oats are generally straight-forward to grow, but Mr Lowe warns that the crop can scorch easily.

To avoid this he advises a “little and often” approach to inputs by only having one or two chemicals in the sprayer tank at a time.

“Plant growth regulators [PGR] can cause issues so I would only apply these on their own. You need to be careful not to scorch the crop if it is under any stress – you don’t want to exacerbate things by going in with a PGR if a crop is having to search for moisture.”

For Scottish growers, mildew is more of a concern than crown rust.

A typical spray programme would consist of a PGR followed by an epoxiconazole-mix T1 fungicide targeted at mildew control, says Mr Lowe.

“Then Scottish growers would tend to go cheap at T2, using a strobilurin product and only bulking that up if mildew is present.”

He adds growers should also monitor aphid pressure as barley yellow dwarf virus can be a threat.

Oats are the spring crop of choice for Neil MacLeod, farms manager at Southesk Farms on the east coast of Scotland. This season he plans to drill 100ha of spring oats.

The 1,600ha farm business, which is owned by the Duke of Fife, has a rotation of wheat, oats, barley and oilseed rape with land rented out for vining peas and potatoes.

Southesk Farms is one of the biggest suppliers of oats in the Oatco producer group which supplies Quaker Foods at the company’s mill in Fife. 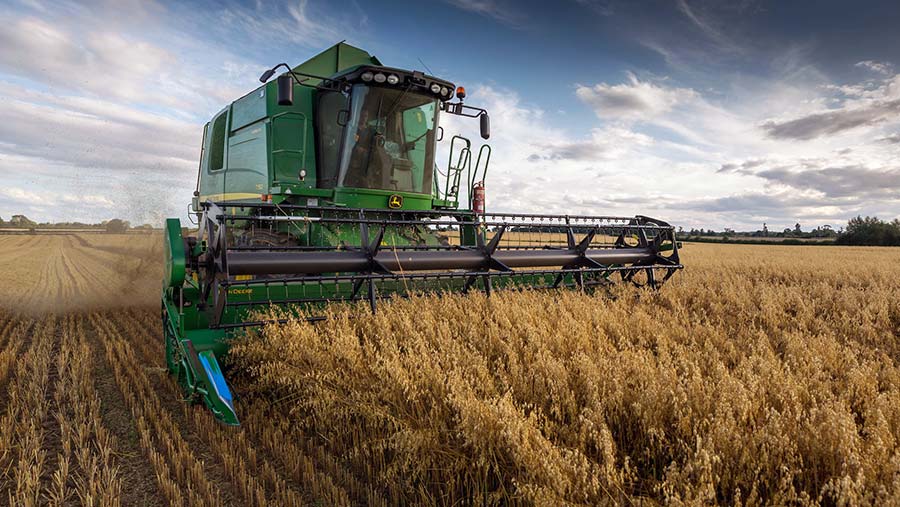 “Spring cropping plays a vital role in our rotation as it spreads the workload in our narrow window of opportunity here in Scotland,” says Mr MacLeod.

“Oats are the spring crop of choice as they are relatively easy to grow, require minimal inputs and fit better into our harvest programme.”

To achieve top results, the plough is deployed as first line of defence for annual meadowgrass control, but he notes that a pre-emergence spray of Hurricane (diflufenican) does significantly help curb any encroaching meadowgrass and broad-leaved weeds.

“Be prepared to make an extra pass with the sprayer later on, however, as [oats] can be very susceptible to tank mixes,” he adds.

Spring oats can produce a lot of straw, but Mr MacLeod says it isn’t ever baled as it can take a long time to be fit and this doesn’t work with Scotland’s notoriously catchy weather.

“As part of a rotational straw policy, we always chop and incorporate oat straw at harvest as it contains more potash than any other spring cereal and allows us to push on with establishing the following crop.”

Mixed farmer Steve Bowden has grown spring oats near the south Devon coast for 15 years and says the crop works for him for many reasons.

His spring oats are a cheap feed source for finishing his beef cattle, with surplus stock sold for livestock feed.

The indoor beef enterprise at Harepath Farm also benefits from the oat straw used as bedding. 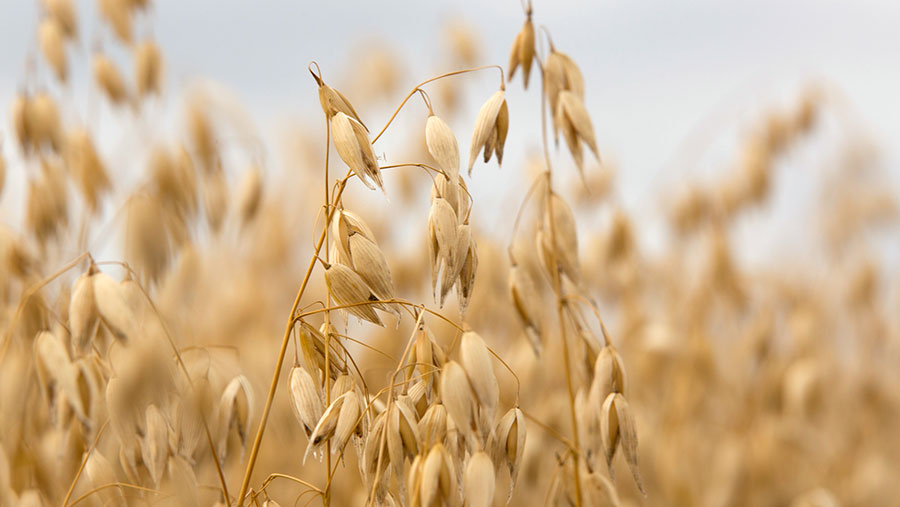 Previously Mr Bowden has sold spring oats for milling when winter oats have been in short supply.

The farm also needs a certain amount of spring cropping in the rotation to take on the farmyard manure.

“We tried winter oats and didn’t see much of a difference in yield compared with spring oats, but the winter [crop] requires more inputs.”

Having stuck with the variety Firth for many years, the farm’s average spring oat yield is 7t/ha and straw yields at about 1t/ha.

As with all spring crops, Mr Bowden says a good seed-bed is paramount. “Aim for a moist seed-bed and warm conditions to get it up and away.”

He applies 40t/ha of manure pre-drilling and follows up with 55kg/ha of nitrogen once the crop has established and the tramlines are visible.

One sulfonylurea herbicide is applied for cleaver control along with a growth regulator at GS29 and a single fungicide is sprayed at GS32 for mildew and crown rust.

Mr Bowden says he never needs to desiccate his crop and typically cuts at 14% moisture as the husky grains dry quickly with a breeze.

Another benefit of growing in the warmer South is the ability to use lower seed rate of 150kg/ha, compared with the 185kg/ha northern standard.

He explains the south-west climate encourages plants to tiller more, so less seed is needed.