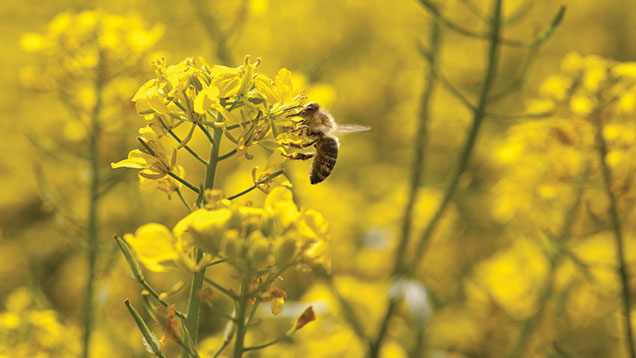 The ban on neonicotinoid pesticides is being blamed for a fall in oilseed rape plantings across the EU this growing season.

EU farming body Copa-Cogeca said a drop in EU rapeseed production was forecast in 2015 due to the ban on neonicotinoid seed treatments.

The Copa-Cogeca oilseeds working party published its estimates for the 2015 OSR harvest in Europe on Friday (12 December).

Arnaud Rousseau, chairman of the oilseeds working party, said the effects of the neonicotinoid ban were starting to emerge and there was rising concern over a lack of crop protection products among growers.

“The situation is problematic and it is expected to get worse, causing job losses, especially in rural areas,” warned Mr Rousseau, who is also an oilseed rape and protein crop producer in France.

“The situation is problematic and it is expected to get worse, causing job losses, especially in rural areas.”
Arnaud Rousseau, Copa-Cogeca

“In Finland, a big fall in the rapeseed area has been reported, forcing some farmers to stop producing and causing rapeseed crushing plants to shut down.

“The situation is also particularly bad in Germany – a major oilseed producer – estimating a 1m tonne cut in rapeseed production (to 5.27m tonnes) for the 2015 harvest, compared with 2014.

“In Spain, another big producer, a cut in oilseed and protein crop production is foreseen, together with a drop in the surface area for sunflowers, but final figures still need to be confirmed.

“In the UK, a new study produced by the NFU predicts a 36% drop in farmers income as a result of the ban and pesticide bans. In Italy and my own country, maize producers have also been badly affected,” said Mr Rousseau.

The EU imposed a two-year suspension on the use of neonicotinoids on flowering crops such as oilseed rape and sunflowers last December after scientists linked their use to poor bee health. But both Defra and the NFU have disputed the ban and said it was based on unsound evidence.

Mr Rousseau said growers were concerned that no alternative tools for crop protection existed for the spring varieties and crops were being decimated by flea beetle attacks.

“More and more farmers will not produce oilseeds anymore as it would be too risky if the two-year suspension for neonicotinoid treatments becomes permanent,” he added.

In 2014, the EU oilseed harvest totaled 34.4m tonnes. But it is estimated to fall to 32m tonnes in 2015 based on provisional figures from member states’ forecasts. But Copa-Cogeca said the cut was expected to be much worse.