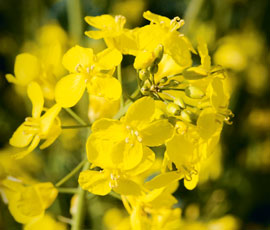 Growers have been reassured that enough neonicotinoid treated seed will be made available this autumn despite a looming ban.

From 1 December this year, the EU will suspend the use of three neonicotinoid pesticides – imidacloprid, clothianidin and thiamethoxam – for use on crops attractive to bees, including oilseed rape and maize.

The ban also covers seed coated with neonicotinoid products such as Cruiser OSR (thiamethoxam) and Modesto (beta-cyfluthrin and clothianidin).

Product manufacturers Bayer CropScience and Syngenta say they are “hugely disappointed” with the commission’s decision to suspend neonicotinoids for two years – which it announced on Monday (29 April) despite opposition from the UK and a hung vote in the European Parliament.

But both companies have moved quickly to allay fears that treated seed will be in short supply this autumn.

Stephen Beal, Syngenta’s seed treatment business leader for north Europe, said: “It’s our intention to be able to supply and make sure we have Cruiser OSR for this coming season.

“We have sufficient product supplies in stock and we will be discussing the requirement for the season with our seed treatment customers.”

He added: “We do not anticipate product shortages or supply issues.”

Mr Beal said he was more concerned about how growers will manage to control early-season crop pests in oilseed rape, such as cabbage stem flea beetle, without neonicotinoids in 2014-15.

“There simply are no decent alternatives to neonicotinoids. Farmers are going to have to accept greater losses, or certainly more difficult establishment.”

Peter Stacey, Bayer’s campaign manager for seed treatments, said the company’s intention was to “meet the market demand for Modesto and no more”.

He added: “We can only continue to sell Modesto until the end of September – that’s our cut-off point.

“But traders will be able to carry on treating seed and growers can carry on planting until the end of November. I suspect this won’t really affect oilseed rape, as growers will usually be drilled up by the end of September.”

Mr Stacey said the ban will not affect supplies of its cereal seed treatment Redigo Deter (clothianidin + prothioconazole) because it is used on cereal crops such as wheat and barley that are not considered attractive to bees.