An Australian farming family has smashed two world records with a 48m self-propelled sprayer – covering the greatest area in a 24-hour period as well as in a single hour. 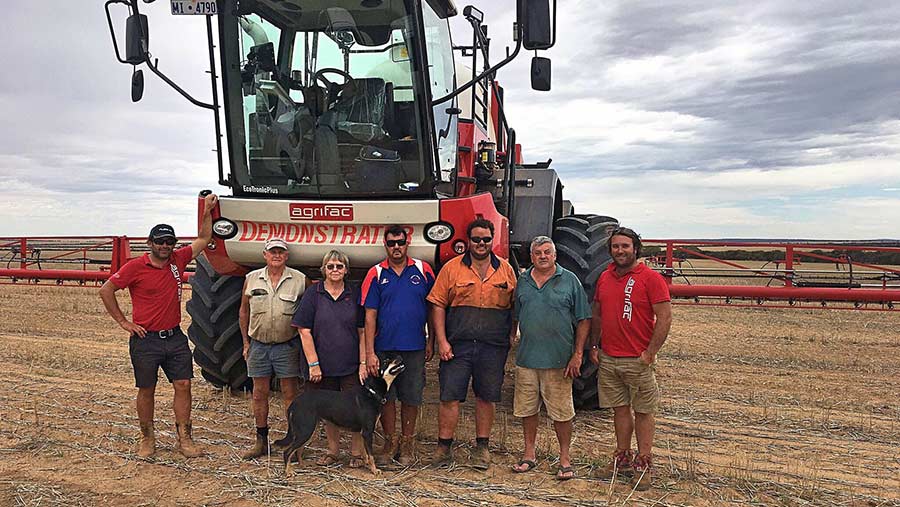 The Mason family – Karolyn, Tony and Brendan – covered a whopping 2,638ha of summer spraying in a 24-hour period, running non-stop. This smashes the previous record of 1,032ha. 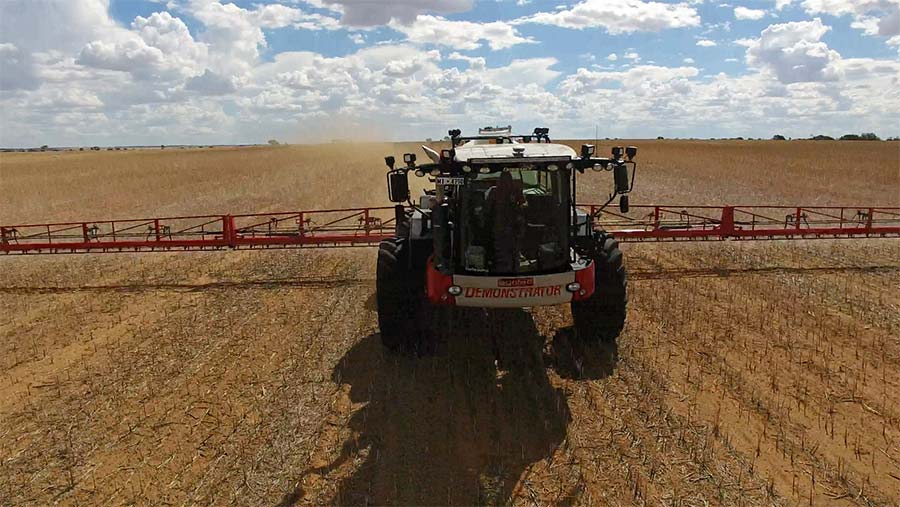 While this equates to an average of nearly 110ha/hour, the family also broke a second record by covering 150,7ha in a single hour.

The Mason family farm at the edge of the Midwest region with nothing but bush and salt lakes beyond them. 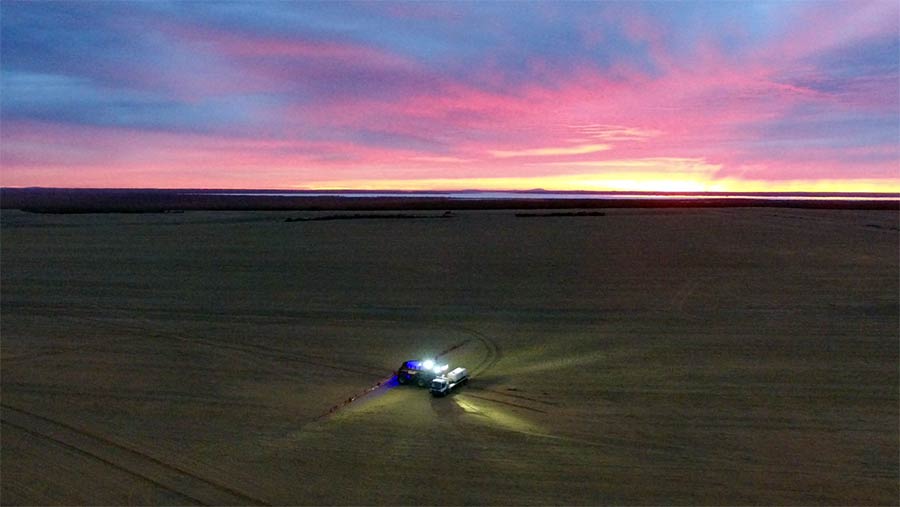 The record is even more special when you take into account that the fields were not all smooth going and of a regular shape, says Mark Slater, who drove the sprayer and runs the Agrifac business in Australia. 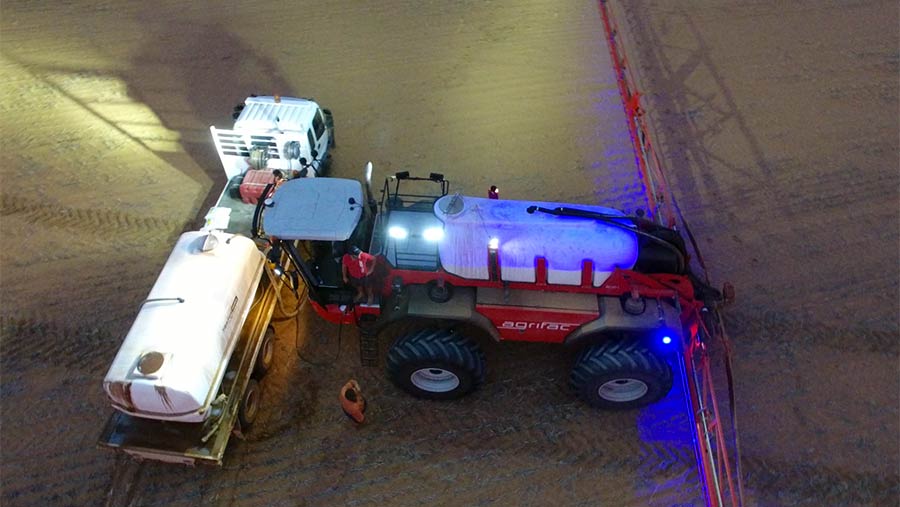 “We had a bit of everything, from trees, power poles, tight corners, gradual slopes and some bumps too. We wanted to make it as real as possible.” 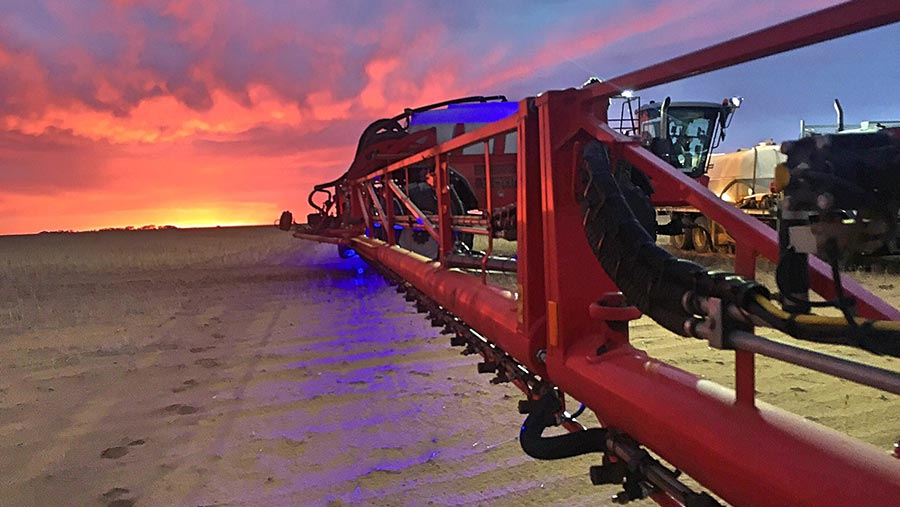 “In total there were 15 fields with a 10-minute drive between the two blocks. I did drive into the wrong field in the middle of the night, which cost us a little time,” he adds.

A nurse truck kept the sprayer supplied and running, thereby minimising downtimes between the tank loads.

The boundaries of the fields were mapped and to make it official, the family invited Jim Gilmour, a local justice of the peace, to adjudicate the record.

The application was a stubble spray of glyphosate + triclopyr and ammonium sulphate to target weeds after the first summer rains and the family has always seen good results at low water rates.

“Initially we were going to use 50 litres/ha, but Tony and Brendan decided to drop back to 40 litres/ha with the added benefit of the latest sprayer technology and conditions on the day,” says Mr Slater.

He emphasizes that water is scarce in the area, which has very low rainfall (270mm annually).