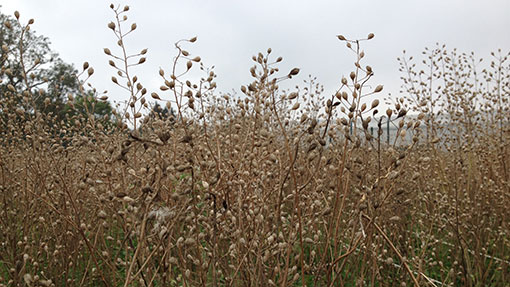 In the letter, the scientists warn that feeding the growing world population is “among the greatest challenges facing mankind” .

But they claim that policymakers are blocking field trials of GM crops in Europe for political, not science reasons.

The letter states: “Plant science has arguably contributed more to the reduction of human suffering than biomedical research, yet compared with the latter it is hugely underfunded worldwide.”

It adds: “In countries that do permit field experiments, these are often systematically vandalised, causing huge scientific and financial losses.

“Some of us have even been threatened and had private property vandalised. This is a serious threat to science, to publicly funded research and to European society itself.”

In the UK, there is just one field trial of GM crops currently in progress – a trial of camelina that has been modified to contain beneficial omega-3 fish oils at Rothamsted Research.

In the letter, published on 30 October, the scientists list three demands for GM crops that must be addressed at EU level.

Firstly, funding for fundamental and applied science should be maintained, or if possible, increased. Secondly, plant scientists must be able to perform field experiments.

And thirdly, Europe must allow “prompt authorisation” of GM plant varieties that have been found to be safe by the competent authority following a “thorough science-based risk evaluation”.

The scientists warn: “If plant scientists cannot apply their knowledge for the benefit of society, Europe will be unable to lead in global efforts to build a sustainable agricultural system, and plant-based bioeconomy.

“The most pressing global problems – how to deal with environmental change and secure food supply for all – arguably will only be solved with a massively increased worldwide investment in plant research.”

Professor Jonathan Jones, of the Sainsbury Laboratory in Norwich, was one of the 21 who signed the letter. He previously oversaw a three-year trial to develop a variety of Desiree potatoes resistant to blight .

However, Soil Association policy director Peter Melchett said British taxpayers had spent millions of pounds on GM field trials over the last 25 years, but not a single GM crop was being grown commercially in the UK.

He added: “Instead we need to call a halt to this failed, ideological focus on GM technology, and instead let scientists develop the crops that we will really need in future.”

On Wednesday (5 November), the European Parliament’s committee on environment, public health and food safety is due to debate draft EU legislation that would allow individual member states to restrict or prohibit the right to grow GM crops on their territory.