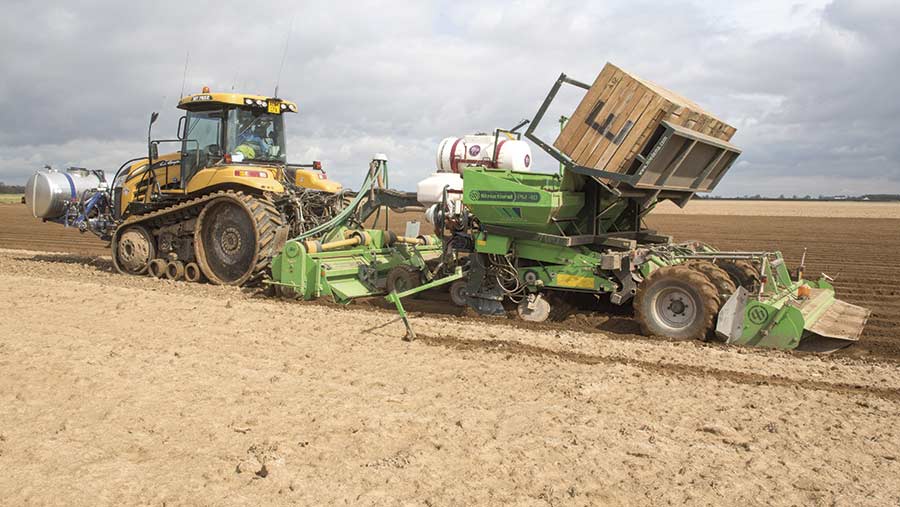 Extending the rotation, using biofumigant cropping, and longer term planning are just some of the new fronts a large-scale potato grower has opened up in the all-out war he is waging on potato cyst nematode (PCN).

PCN is an increasing problem across the UK, with a recent Syngenta survey finding a third of respondents saying the problem is getting worse (see box).

See also: How to tackle weeds in spuds after linuron withdrawal

Despite potatoes being the most profitable crop on the highly productive grade 1 silt land, with average yields approaching 60t/ha, Mr Day says years of growing varieties susceptible to PCN meant action had to be taken to protect future yields and quality. 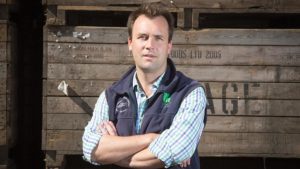 This started with reducing spuds in the rotation from as little as one year in four out to just once every eight years, reducing pest multiplication opportunities and allowing more time to control volunteers.

There is a zero-tolerance approach to volunteer potato plants across the farm in order to combat the twin threat they can pose by harbouring blight inoculum as well as PCN populations.

This is achieved with a wide range of spring break cropping grown including sugar beet, maize and peas, with additional help from glyphosate sprays used for desiccation in the wheat and cleaning up stubbles.

Plans for where to plant potatoes are made well in advance, thanks to soil sampling the spring before planting is due, with a representative sample of 50 cores per hectare being taken.

That’s because Cara is a variety that is susceptible to one of the two species of PCN present in the soils of British potato-growing regions, Globodera pallida. The other species is G rostochiensis.

Moving the fields with the worst counts to the back of the queue, as well as dropping more marginal land from the rotation altogether, has seen the cropping area fall from 350ha to 260ha, but allowed greater attention to detail on the remaining area.

The reduced workload has enabled Mr Day to cut the number of harvesting teams from two to one, allowing the staff to be meticulous in preventing soil contamination between fields.

Any soil returned to the yard with spuds by trailer is always returned back to the same field it came from and machinery is cleaned between fields. 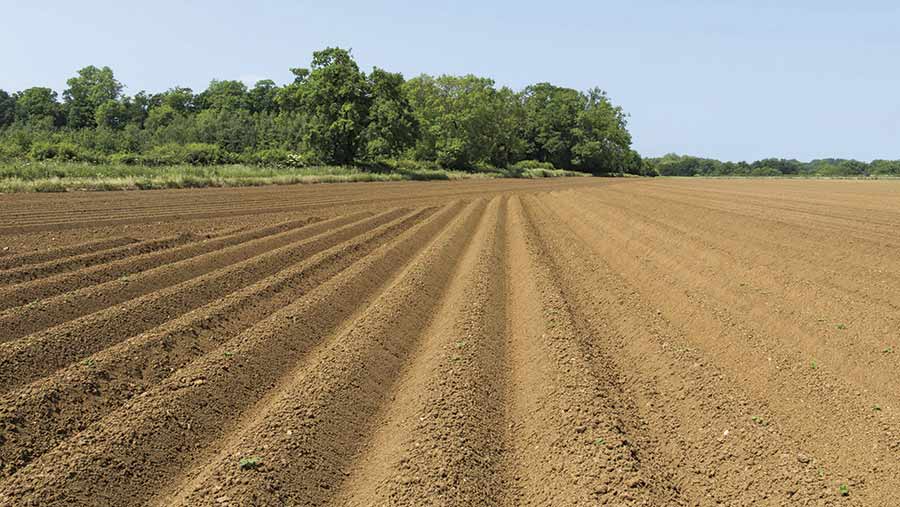 While Mr Day says varieties like Cara and Nectar contributed to the rise in pest numbers, like many potato farmers he has little choice other than continue to grow susceptible varieties, as they meet the specification dictated by the supermarkets.

However, this year they have a contract for a small area of the PCN resistant variety Eurostar, which if it makes the grade will give them another option for planting on ground with higher PCN count numbers.

Alternating between a variety that is resistant and one that is susceptible will potentially give benefits across the whole rotation, he says, and allow them to maintain farm output and quality across areas with varying PCN levels.

In the meantime, focus remains squarely on reducing PCN numbers by chemical and biofumigant control methods, with soil testing allowing them to pinpoint where an application of Nemathorin (fosthiazate) is justified, says Mr Day.

“We do see Nemathorin as being essential to prevent crop damage and yield loss where sampling shows egg counts above five per gram,” he explains, adding that they have not chosen to go down the variable application route, instead they blanket treat a field with hotspots.

But while chemical control is a vital part of ensuring that they can maintain yields and quality until resistant varieties become common, Mr Day says familiarising themselves with integrated control methods is an important insurance policy against product withdrawal.

“Chemicals are being banned all over the place – who knows how long we’ll have Nemathorin for?” he warns, saying that there is no single solution to the difficult problem.

That’s why they’ve also been tackling PCN with biofumigant cropping, the practice of chopping and incorporating “hot” mustard crops to release gases that kill PCN eggs in the seed-bed. This wasn’t a big leap into the unknown, as they also grow 80-90ha a year of traditional English mustard for Colman’s.

While Mr Day says while it’s hard to put a figure on, PCN egg numbers are definitely in decline on fields where biofumigant crops have been grown.

Getting the best results is not straightforward, as the plants do best when drilled by mid-July, have to be incorporated as close as possible to early flowering, and need to go into a moist seed-bed at above 12C, sometime around mid-September.

“There is certainly a cost involved in establishing, cutting and incorporating the material, but there does also appear to be good benefits from improving the soil structure,” he explains.

Mr Day adds that his drivers report that land is in better order after incorporation than fallow fields at cultivation time. 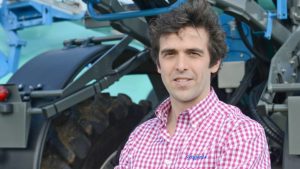 A recent survey of potato growers and agronomists looking at the problem of soil-borne pests has shown that almost a third of respondents believe that their potato cyst nematode (PCN) problems are still getting worse.

The survey, conducted by Syngenta, looked at the three main pests of potatoes – PCN, free-living nematodes and wireworm.

While 65% of respondents said that PCN was the most serious soil pest on their farm, what was startling was that over half of growers that soil test for PCN are not getting speciation results, says Syngenta potato field technical manager Douglas Dyas.

However, Mr Dyas warned growers that the proportion of G pallida was increasing at the expense of other species of nematode, and says it is critical for growers to find out if the same is happening on their farm.

That’s because the longer hatching period of G pallida made reducing egg numbers through chemical control alone more difficult, he says, meaning growers with significant numbers of the pest should use Nemathorin (fosthiazate) alongside other control methods.

This includes taking the worst fields out of production, extending the rotation, and where possible using tolerant or resistant potato varieties and biofumigant crops.

“Treat biofumigants like a crop in their own right,” he says, warning that they will need feeding to achieve the biomass necessary for optimum control, and that the timing of maceration of the crop was critical.

Testing should also be done after a potato crop, as well as before, so that growers can monitor whether or not their control measures are working.