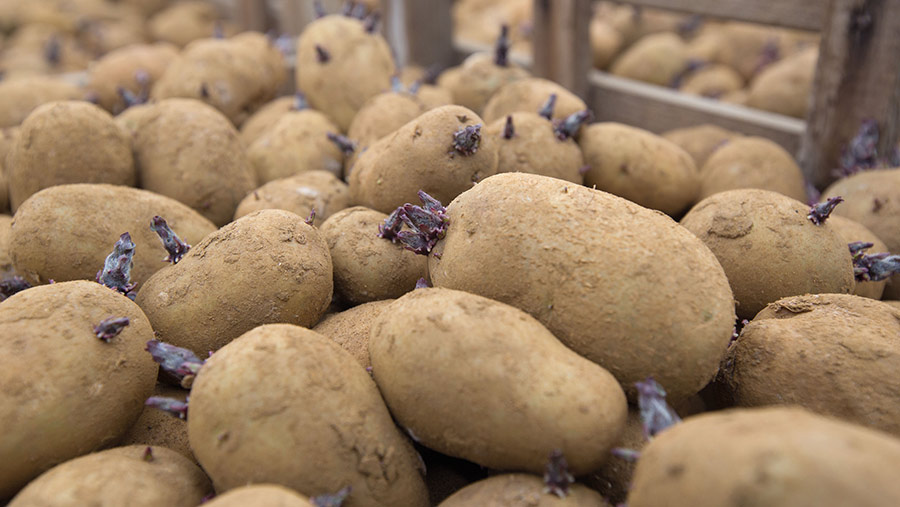 Growers who plant illegal potato seed supplied to farms in eastern England face prosecution for breaching biosecurity rules designed to keep pests and diseases out of the country.

Up to 1,000t of small ware Agria potatoes have been imported into the UK – and supplied as uncertified seed for spring planting in west Norfolk, south Lincolnshire and Cambridgeshire, Farmers Weekly has been told.

The Animal and Plant Health Agency (Apha) said it was aware of at least one operator attempting to circumvent plant health and marketing rules. Farmers and suppliers suspected of breaking the law face prosecution, it warned.

“Apha will be pursuing robust action against any infringements and will be carrying out both general and targeted surveillance to ensure compliance – with enforcement action taken where offences are identified.”

Farmers should ensure any seed stocks are properly certified and from a reputable source. Seed potatoes from the EU can no longer be marketed in Great Britain after permission to do so expired following Brexit.

“Some operators are considering attempts to circumvent the plant health and/or marketing requirements, in particular bringing in – and marketing/planting as seed – small ware of varieties that are unavailable or difficult to grow as seed,” he warned in a letter.

“The biosecurity risk of such practices cannot be overstated,” said Mr McIntosh. “Growers should not take the economic and reputational risk with either their own businesses or their industry.”

Growers should not put themselves – or others – at risk by purchasing anything other than genuine seed potatoes.

Offenders are liable on summary conviction to a fine. This includes the planting of ware potatoes or any other potatoes not obtained under an officially approved programme for the certification of potatoes.