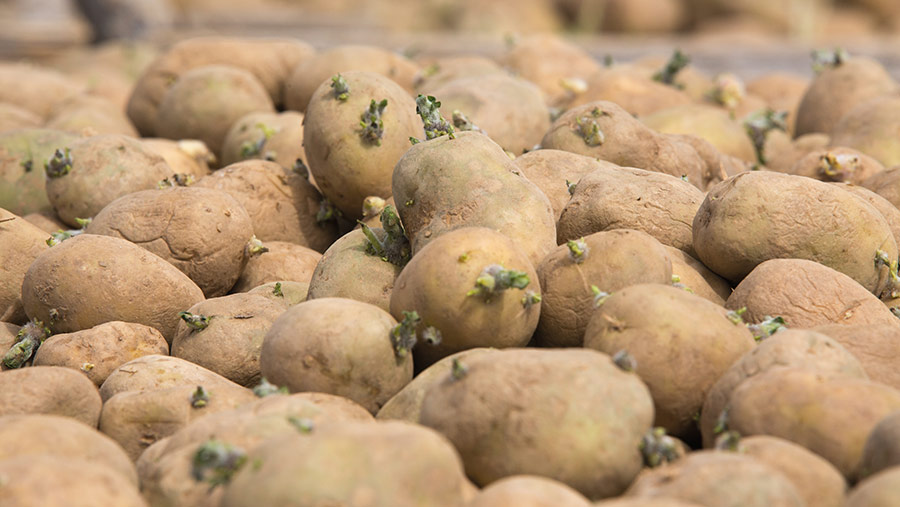 The British Potato Trade Association (BPTA) has written to its membership to warn against the potential use of imported ware potatoes as seed.

Complications following the UK’s withdrawal from the EU culminated in there being no access to imported seed potato supplies from the EU since 1 July this year, save for exceptions on a case-by-case basis.

While there are no current shortages of seed potatoes, specific frying varieties such as Sagitta, Ramos and Agria may be harder to obtain than in previous years.

Sandy McGowan, president of the BPTA, warns the temptation may therefore exist for small quantities to be imported in GB.

“To source ware potatoes from Europe and then to plant them is something that could be deemed as illegal.

“You are also then entering into a risk of plant health, risking diseases such as ring rot and brown rot, which are quarantined diseases. These can have wider-reaching issues for the surrounding area,” Mr McGowan said.

A previous potato disease outbreak took place in Middle Level, Cambridgeshire, after the discovery of Ralstonia solanacearum (brown rot) in the waterways, following routine testing in 2016.

This resulted in Animal and Plant Health Agency imposing tough restrictions on the local area, limiting irrigation and sprays.