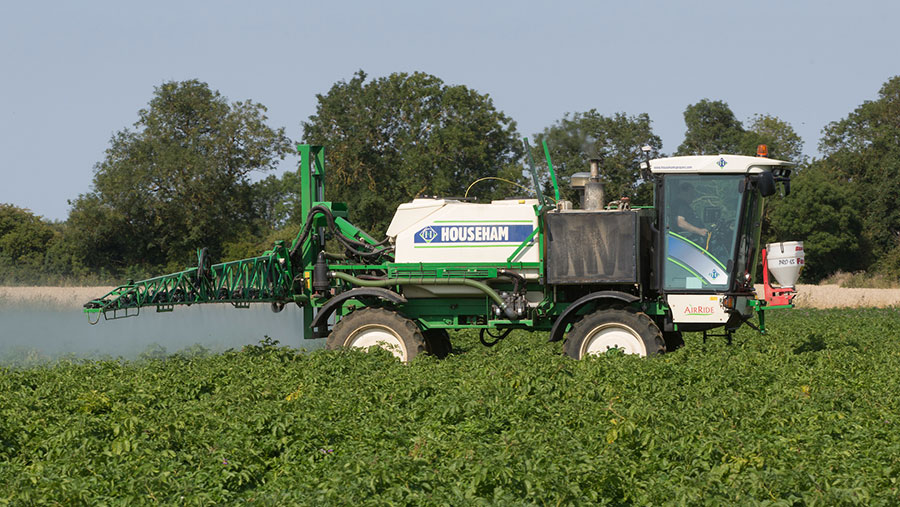 A genetically modified potato variety designed to resist the devastating disease blight, enabled fungicide use to be cut by 80-90% in trials, without compromising efficacy or yield.

Research company Teagasc has concluded that combining GM technology with an integrated approach to disease control can dramatically cut the overall environmental impact of potato growing.

Blight is caused by the fungus Phytophthora infestans, which spreads rapidly in warm humid weather. It can infect tubers, causing rapid tuber rot, which results in plants becoming unfit for storage or consumption.

Worldwide crop losses as a result of blight are estimated to be in excess of £3.5bn each season. Currently, controlling the disease generally requires growers to apply fungicides on a weekly basis.

One way to reduce the need for fungicide treatments is the development of GM potatoes resistant to the disease.

Irish researchers spent the past three years comparing one susceptible variety (Desiree) with two different resistant potato varieties. These are Sarpo Mira, developed through conventional breeding, and a version of Desiree, which received a resistance gene from a wild potato.

This work is part of the EU funded “AMIGA” project and was carried out in collaboration with Wageningen University in the Netherlands.