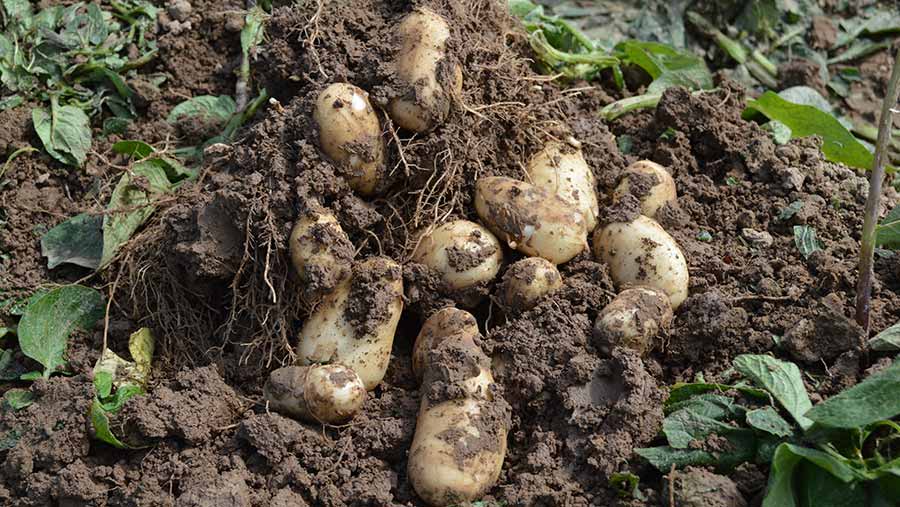 Brothers Peter and Philip Le Maistre are sixth-generation Jersey farmers and for them this potato season has been the worst since covering spuds with plastic started to be used on the island in the late 1970s.

As frosts were forecast at the end of February, they put insulating fleece on top of protective plastic, but even on favoured southern slopes temperatures dived and crops were hit by frost and then heavy snow.

Peter said it was the most challenging year he has witnessed, with harvesting on his first flat fields only starting in early May, when it would usually commence  in mid-April.

“It’s the worst season we have known in terms of frost and wet soils since we started using plastic in 1979,” he told Farmers Weekly.

Yield from their early steep cotils fields were disappointing, with yields down to 0.4t/ha against an expected 1.6t/ha.

Their first level fields were hit by frost when the spud shoots were about 100-125mm high. It wiped them out, so it took time for other shoots to emerge, which is why the start to harvest is so late.

Full mechanical lifting started on 2 May this season, with yields down at 1.6t/ha, when 2.4t/ha was expected. Because of a lot of small potato tubers, two extra pickers were also needed to follow the potato harvester.

Ironically, although the frost hit yields, the potato samples are good, with not too many large tubers. They are likely to meet a good market as warmer weather in the critical UK mainland market boosts demand, said Philip.

The Le Maistre family grow 120ha of Jersey Royals on the 280ha mixed Master Farm, in the east of the island, along with a 200-strong Jersey herd and an area of organic vegetables such as courgettes and cauliflowers.

They are the last of the individual island growers who supply their early crop to the Jersey Potato Company. 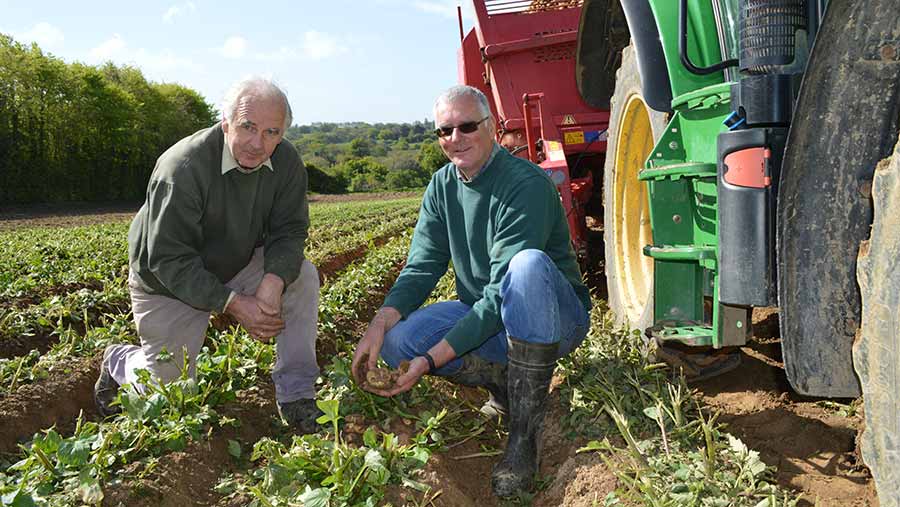 On their flatter land they look to follow the early spuds with three second crops of spring barley, maize for silage and temporary grass for feeding dairy youngstock.

The spring barley crop gives a relatively low yield of 5t/ha, but the only input the crop receives is a herbicide, while the straw and grain is very valuable  as it means they don’t have to be imported them from mainland UK.

“The straw is very valuable as the freight costs from the UK costs more than the straw itself,” added Philip.