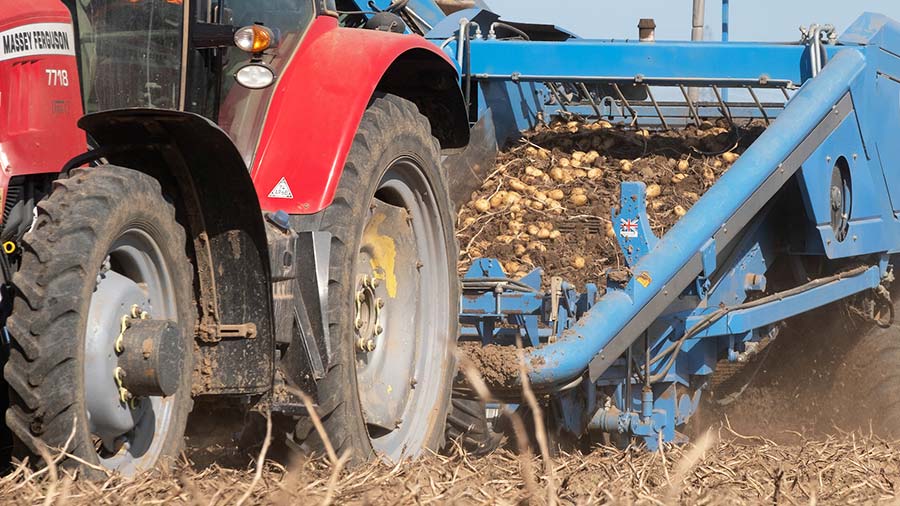 A group of potato industry stakeholders has released a proposal on how the void left by the winding down of AHDB Potatoes might be filled.

Since the “no” vote in the potato ballot earlier this year, different ideas on how to continue the collaborative work of the levy body have been voiced, including a reformed statutory model and a voluntary approach.

The statutory approach has met with some scorn and been painted as undemocratic, as a levy was rejected in the ballot, but potato growers do seem more open to a voluntary scheme.

This has led to the formation of the GB Potato Coalition, which is aiming to ensure the needs of the potato industry are recognised and reflected in a lean, independent organisation.

In a statement, it proposes a voluntary subscription model.

“Stage one” will look to secure base funding from prospective grower members and industry, with a grower contribution set at about £10/ha.

This initial funding would establish the GB Potato Coalition as an independent voice, helping to address some of the industry’s immediate challenges such as potato blight and aphids, access to agrochemicals, plus reputational and crisis management.

“Stage two” will look to support medium- and long-term research and development, recognising the different needs within the potato industry.

The proposed structure would also allow individuals, sectors, or supply chains to contribute a higher fee, with the extra money feeding into groups with specific priorities.

Mark Taylor, an independent agri-food consultant supporting the GB Coalition, told Farmers Weekly the initial proposal was based on limited focus groups, but the coalition now wants wider engagement to refine how it takes shape.

“We are organising regional meetings across England, Scotland and Wales in the spring, talking face to face with small groups,” he said. “We are in listening mode.”

Mr Taylor added that complacency is the group’s biggest concern in the post-AHDB Potatoes world, with the potential for the industry to become fragmented if action is not taken now. This may result in duplication of effort and inefficient or wasteful use of funding.

“We don’t have a monopoly on good ideas, so anyone that can bring suggestions, put them on the table and have them discussed is welcome. It’s an exciting opportunity to recraft our future.”