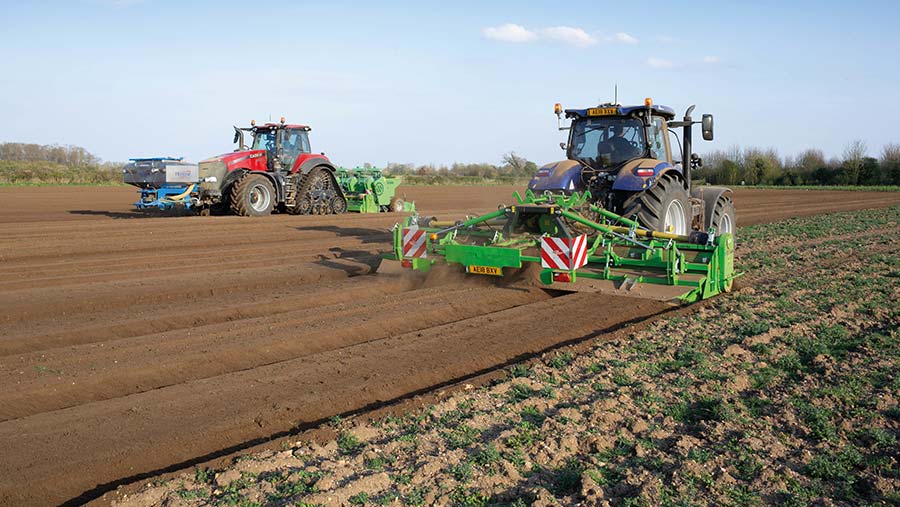 Potato growers have returned a resounding “no” vote in the AHDB ballot, launched in mid-February to ascertain whether they wanted to continue with the statutory levy.

Results published on Monday evening (22 March) revealed that of the 1,196 votes cast, 66% were in favour of scrapping the levy, compared with 34% who wanted to retain it.

Even when measured in terms of “amount of levy paid”, there was a similar 63% to 37% split, and it emerged that potato buyers were even more against the levy than growers.

AHDB chair Nicholas Saphir said he was “deeply disappointed”, acknowledging that “a clear majority of the potato industry feels they are not getting enough value from the current levy set-up”.

“It is now down to ministers to weigh up all the various factors about the GB potato industry and make a decision on the future role of a statutory potato levy.”

Controversially, she added that “in the meantime, AHDB will continue to collect levy returns from the industry for the 2021/22 year”.

This has angered a number of producers, including Lincolnshire grower John Bratley – one of the original petitioners who helped trigger ballots in both the horticulture and potato sectors.

“I am gratified by the result of the ballot, which was absolutely waiting to happen,” he said.

“But I am absolutely baffled by the statement from the minister that they will seek to collect another year’s worth of levy. It shows a complete lack of understanding as to what is going on in the potato sector.

“We have just had two of the worst years ever, with an incredibly difficult lifting season, and markets closed due to Covid – everyone has lost money, some have even had to take Coronavirus Business Interruption Loans to stay afloat, and now this.”

The result of the AHDB potato ballot is close to the recent outcome of a similar exercise in the horticulture sector, where 61% of growers were opposed to the levy, compared with 39% who wanted to keep it.

Defra secretary George Eustice is still to determine what action to take, though he has indicated he intends to respect the outcome of the ballot.