Potato growers face many challenges in the coming years including uncertainty over the changes in water abstraction rules from the early 2020s and the potential loss of valuable pesticide actives like diquat.

Other challenges include potato cyst nematode, which is estimated to cost to the industry about £50m annually, the quality of potatoes coming out of storage and cutting the costs of cultivations.

So what are the top six technical challenges and how might they be addressed? Farmers Weekly and McDonald’s hosted a recent roundtable discussion at McCain’s UK headquarters in Scarborough, North Yorkshire, to answer these questions.

Read about the points they raised below and watch the video about the roundtable.

One of the biggest concerns for the potato sector is the battle against the soil-borne pest potato cyst nematode (PCN) and a fully integrated approach is needed to reduce its devastating impact.

Maintaining yield in the presence of PCN has been achieved by routine use of chemical soil fumigants and granular nematicides, but products have been lost to regulation and the remaining portfolio is also under threat.

To tackle this, growers crave the “holy grail” that is a range of varieties with resistance and tolerance to PCN, disease resistance and high marketable yields that meet the requirements of packers, processors and ultimately consumers.

There has been some success, with varieties such as Innovator, Performer and Arsenal coming through with pallida resistance, but older, susceptible varieties still dominate – particularly in the fresh sector.

“Holy grail” varieties will continue to drip through, but will take time, so delegates agreed all other components of a fully integrated long-term strategy to control PCN must be adopted.

Increasingly, large growers have supplemented their own PCN-infested land with clean rented ground to lengthen rotations, but that is running out.

Depending on length of tenancy agreement, growers have been less likely to invest in expensive PCN control strategies on rented land, so longer tenancy agreements and supply contracts could encourage longer-term thinking. 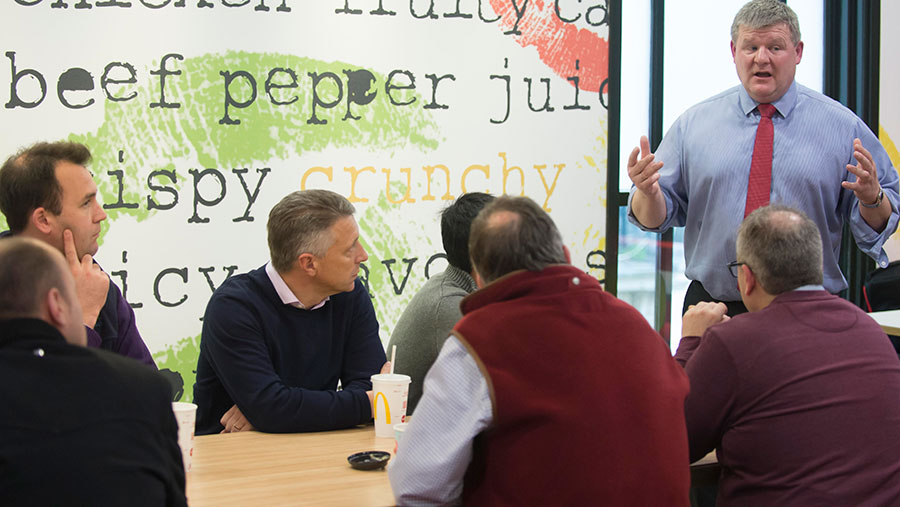 “We are also going to look at biofumigation next year. It’s about forward thinking. Our levels are not that high [at present], but we are trying to get on top now before they get to 30-40 eggs/g plus,” he added.

Tadcaster-based grower Ben Sykes is also taking a cross-rotation approach to stubble hygiene on rented land, with potato volunteers able to exacerbate PCN throughout the cycle.

“We have been using glyphosate to clean land up that we might only rent for one year. We go around and spray their crops and stubbles to keep the volunteers down,” he added.

Soil is the most valuable resource farmers have at their disposal and like PCN control, needs a long-term cross-rotation strategy to reverse the decline in key health indicators such as organic matter, nutrient status and structure.

Intensive potato production is hard on soils, traditionally requiring deep and intensive cultivations to prepare seed-beds and increasing the risk of structural damage.

Short-term thinking on rented land is also having a negative impact on the health of potato-growing soils, with organic matter and nutrient indices being depleted and neither landlord or tenant keen on investing in maintenance or improvement.

And it isn’t just potato production that is having an impact – how other crops are grown throughout the rotation can also influence soil health, particularly veg, sugar beet and maize.

Researcher Mark Stalham, at Niab Cuf, said without change, soils could be rendered lifeless by soil degradation and communication of how growers can make a difference it key.

Two recently started ADHB Potatoes soil research programmes are considering soil health and structure and how both can be improved to make soils more resistant and resilient to damage.

Worth Farms’ Simon Day added getting growers to understand there is no quick fix to organic matter degradation would be key, with farmers often wanting to see differences overnight.

“You may not see a difference in your lifetime and you probably won’t increase organic matter, but you can try to maintain it and keep soils in the health they are now. It’s a long-term thing,” he added.

Securing water for irrigation is another key challenge for the potato sector, with an increasing urban population, environmental concerns and climate change putting increasing pressure on supplies.

This has led to increased Environment Agency scrutiny on abstraction licenses in agriculture and reform will arrive by 2020, with some farms set to lose licensed abstraction volumes that pose a risk to the health of rivers and groundwater aquifers.

Those with licensed volumes above their maximum annual use could also have supplies cut, while a loophole for trickle irrigators not requiring an abstraction licence looks set to be closed.

The common consensus among delegates was investment in reservoir storage will be critical to secure and protect adequate water supply to maintain and improve potato yields.

Potential solutions offered included ridging across slopes to prevent run-off. There are also machinery innovations such as the Richard Lapage Wonder Wheel, which can form dams in potato wheelings to keep water in the field and prevent sediment, nutrients and pesticides reaching watercourses.

“We have to be seen to do all we can,” added Mr Alexander. 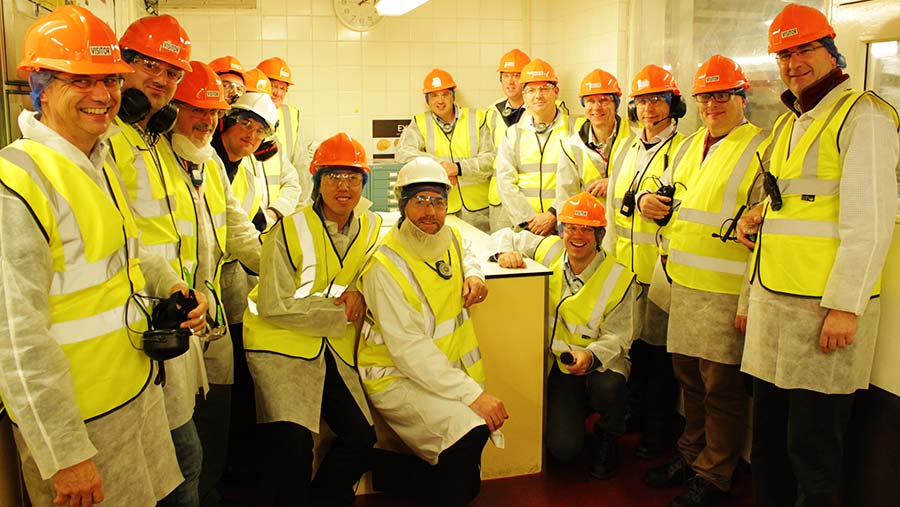 A shortage of skilled labour and seasonal staff is a worry for potato producers, particularly in machinery operator positions and people to man graders after the UK voted to leave the EU.

The good news is that after a dearth of new entrants in the 1980s and 1990s, agricultural colleges are full and plenty of bright young graduates are coming into the industry, but most want to come straight into trainee or assistant manager roles.

It leaves the conundrum of how to attract good youngsters to start at the bottom of the ladder to fill the gap below an aging farm workforce. Cornish grower Jeremy Oatey has tried to solve this by finding apprentices.

“We have managed to bring a couple through on apprenticeships and trained them up, but finding keen guys to come in at that level and train them yourself is difficult,” he added.

It was agreed that selling the merits of the job needs to be improved, as farming is now competing with other industries such as engineering for good young workers, said Staffordshire grower James Daw.

Operating farm machinery is a highly skilled job now and that needs to be conveyed, with tractors complex and operations requiring an increasing level of technical input, IT competency and initiative.

“What they have in their cabs now to operate machines with the introduction of precision farming means we need another level of skill,” added Mr Daw.

Retention in such positions is also tricky, with younger people more mobile and wanting a better work-life balance than previous generations, so he has had to take on more people to cover and raising a concern about cost.

“Also, with the new minimum wage and pensions, European workers through an agency now cost £10/hour and that’s a big increase from where we were just a year or two ago,” he said.

With the vote to leave the EU, there was concern about how potato growers and packers would fill grading positions without migrant labour post-Brexit.

However, until conditions of departure are finalised, uncertainty will remain. 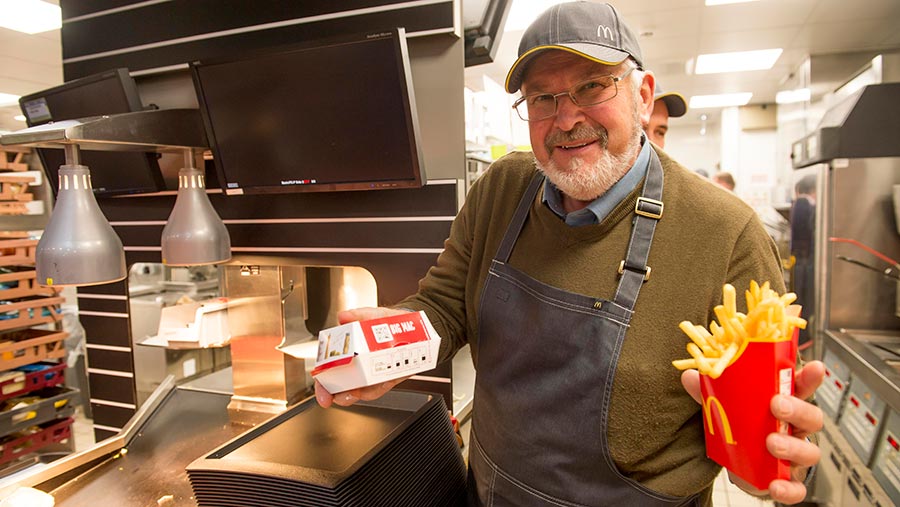 The next major challenge is the threat of regulators removing or restricting the use of key pesticides and reducing reliance on chemicals and industry stewardship schemes are considered crucial.

Pesticide losses aren’t exclusive to the potato sector, but some critical actives are under threat, including nematicides for PCN and free-living nematode control, CIPC (chlorpropham) sprout suppressant and desiccant diquat.

With nematicides, better soil sampling can help ensure they are only used when necessary and best practice guidelines set out by the Nematicide Stewardship Programme help promote safe and responsible use.

AHDB’s Philip Burgess said the industry can be proud of what it has achieved so far with stewardship schemes, particularly regarding CIPC use, with no residue exceedances detected for 18 months or more.

“Stewardship schemes seem to be working at the moment, but you are only as good as your last result,” he added.

As with other sectors, the loss of broad-spectrum herbicide glyphosate is also a worry. This is because it will have a significant impact on volunteer and perennial weed control – crucial in an integrated approach to controlling PCN and other soil-borne pests and diseases in potatoes.

Cost of production was the sixth and final area of concern for the delegates and trying to contract structure and driving efficiency was said to be key to addressing the tight margins potato growers are working with.

Dr Stalham said margins need to be reflective of the amount of time, effort and commitment growers put in to potato production and at present, cost of production and price is too close.

“When the difference between success and failure of a business is a pound or two per tonne either way, there is a need to review cost and the price also needs to be higher,” he added.

One area that grower Richard Arundel thinks might help address the issue is the structure of contracts, which could be linked to the real cost of production and any seasonal variation.

“In some seasons where yields are down in some crops 14-15t/acre, your unit cost per tonne is significantly higher, but contracts don’t reflect that.

As well as contract structure, getting to grips with what a business’ cost of production is and then optimising each input was considered the best way of getting costs under control.

Involvement in grower groups and benchmarking where a business is in relation to others was also singled out as a vital part of cost control.

Farm consultant Andrew Nottage added maximising marketable yield is the perhaps best way of controlling costs in the short term, with attention to detail on the basic elements of production key.

“I know there would be definite benefits in a lot of businesses, just from improving the basics such as cultivations, seed management, storage and getting the right burn-off.

“Improving those areas would all give a significant financial and yield benefit, but some growers can go off on tangents looking at things like trace elements,” he said.

Thanks to McDonald’s, whose sponsorship made it possible to run the potato roundtable.