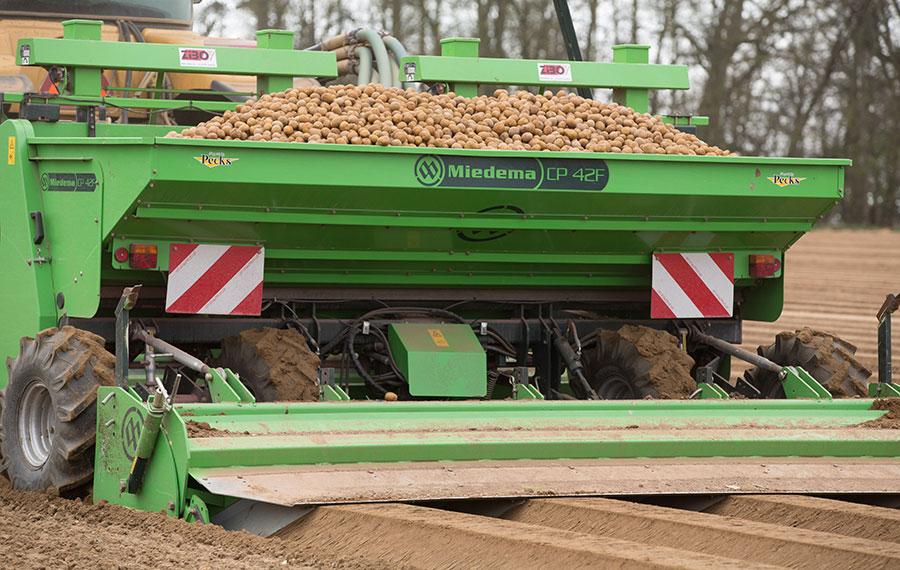 The Animal and Plant Health Authority (APHA) will limit inspections in some seed potato crops this summer, sparking fears that English and Welsh producers could be put at a competitive disadvantage to their Scottish counterparts.

APHA is responsible for checking the health of crops entered into the Seed Potato Classification Scheme (SPCS) in England and Wales, with subsequent grading based on a number of parameters, including trueness of type and disease levels.

See also: 5 tips on effective use of maleic hydrazide in potatoes

Due to a lack of permanent local resources where seed potato production is focused, such as Yorkshire, APHA staff are parachuted in from around the country to assist with inspections each year.

But with social distancing measures likely to be in place for the foreseeable future, the safe movement and housing of inspectors within government guidelines will be tricky, leading to changes in APHA’s inspection protocol.

For 2020, seed crops grown from pre-basic and basic S-grade (field generations 1-2) parent stocks will be inspected twice, as in previous years, to maintain some high-grade stocks within the system.

However, crops grown from older basic S- (3-5 field generations), SE- and E-grade parent stocks will be inspected just once and can be certified no higher than E-grade.

An initial APHA announcement on 7 May stipulated that these crops would have dropped to A-grade rather than E, but after pressure from the British Potato Trade Association (BPTA) this was adjusted to protect exports, particularly to Ireland, where only basic seed is accepted.

It is understood that timing of the single visit will be closer to a typical second inspection, hopefully allowing time for disease symptoms to show.

Where disease tolerances are exceeded, a burndown will be ordered to limit spread and a second visit carried out soon after to ensure it has been done.

This change in protocol is in contrast to Scotland, where APHA equivalent Science and Advice for Scotland (SASA) will continue to inspect all pre-basic and basic seed crops entered into the SPCS twice.

Ed Lindley, managing director of Yorkshire seed and ware producer Robert Lindley, has sympathy with APHA’s decision in the current climate, but told Farmers Weekly it puts his business at a distinct competitive disadvantage to Scots growers.

This is because an English grower may produce a crop of commercial seed worthy of being S- or SE-grade, but only be able to sell as an E-grade against Scots seed of the same quality, badged at a higher grade.

Fewer inspections could undermine the rebuilding of relationships between seed and ware growers, as high virus infection is more likely to be missed and there could be a repeat.

“The knock-on effect [of fewer inspections] could see customers lose their belief in the English seed grower even further,” said Mr Lindley.

He added that quality S-grade seed stocks that he planned to multiply for sale in 2022 will also have to be replenished, typically from Scotland or the Netherlands, adding further cost to his business.