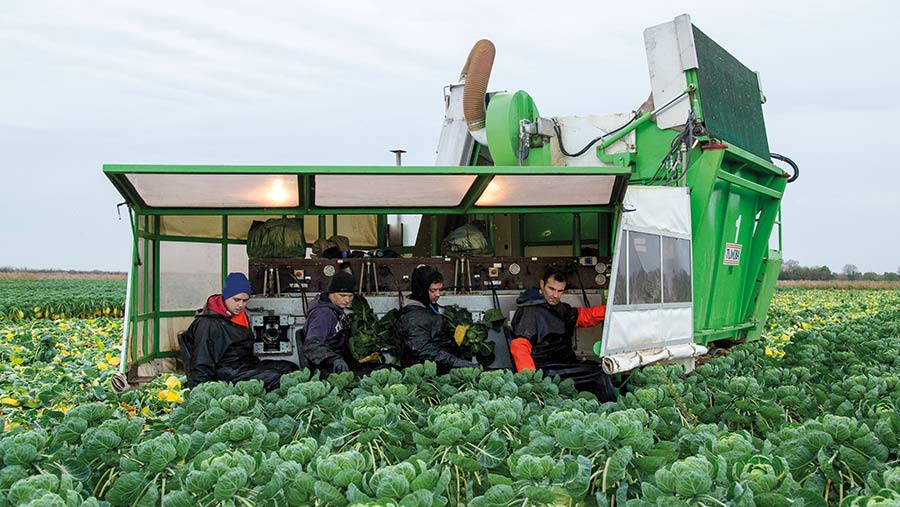 Plans for a new levy-funded body to oversee future research in the horticulture sector have been slammed by growers opposed to any compulsory levy as “patronising” and “insulting”.

The suggestion that a new statutory levy is needed has come from the Growers Better Levy Group (GBLG) – comprising 36 individual businesses in the horticulture and potato sectors – in its response to Defra’s ongoing consultation into the future of the AHDB.

In a letter to Defra sent before Christmas, group chairman Phil Pearson says the GBLG “strongly believes that research and development investment into the horticulture sectors is something that the UK government should invest in” and suggests a new body be set up to undertake “critical work”.

“This work is essential for horticultural crops to thrive and the fairest way for this work to be funded is for every grower to pay,” said Mr Pearson.

“This requires a statutory framework in legislation that exists today. We require that Defra retains the discretionary power to raise a statutory levy.”

The group says the AHDB should not lead this work “because the organisation needs radical reform”, and suggests the costs should be about 10-15% of the current statutory levy.

But the suggestion has been sharply criticised by the so-called AHDB Petitioners – the three Lincolnshire growers who originally campaigned to scrap the AHDB horticulture and potato levies.

“There are a number of issues with the latest statements by the GBLG, but the biggest is that it ignores the fact that almost 490 levy payers have already voted against the continuation of a statutory levy,” said Lincolnshire vegetable grower John Bratley.

“That applies irrespective of who that levy is paid to.”

Mr Bratley claimed the GBLG represents just 3% of the horticulture businesses that were eligible to vote in the 2020-21 ballot, and only three potato growers out of 1,860 eligible voters.

“Once again, we have a very small minority trying to tell growers and Defra what is best for individual and highly diverse grower businesses,” he said, describing it as “patronising”.

Spalding-based flower grower Simon Redden also criticised the GBLG for “failing to accept the result of the original levy ballot”.

“Telling growers how to answer the questions on the current Defra consultation is simply insulting,” he said.

The Defra consultation runs until 10 January 2022 and paves the way for five-yearly votes by levy payers in the cereals, pig, dairy and livestock sectors on how their money is spent.

But, while accepting that AHDB levies for horticulture and potatoes will end in April 2022, Defra says there is still a need for cross-industry collaboration in research and development.

“We remain open to exploring industry-led proposals from any parts of the horticulture and potato sector that may see value in working with the AHDB in the future,” it said.

This could include voluntary levies, commercial agreements or new statutory levies “where there is widespread support for this”.