Pea and bean growers should be on the alert for five pests in their crops, and here the Processors and Growers Research Organisation (PGRO) gives its advice on possible control measure for each one. 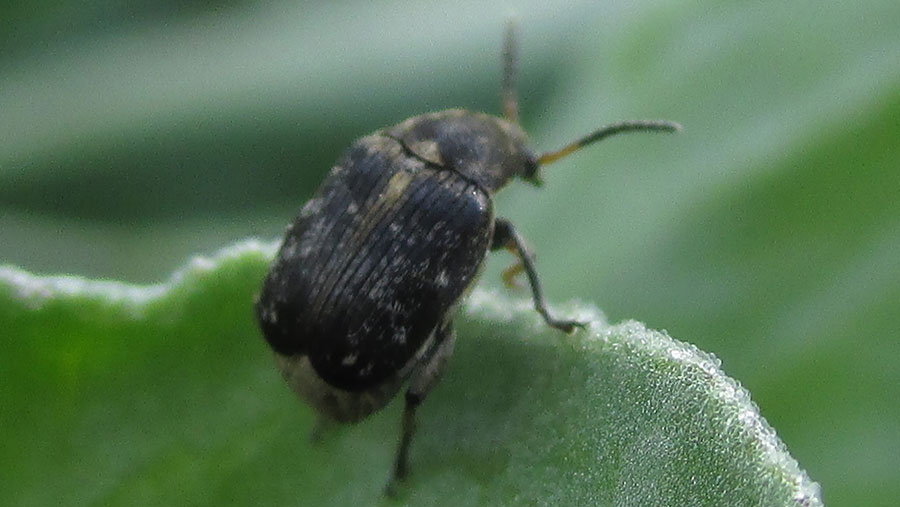 It is likely winter beans have reach first-pod stage and may be a risk of damage while some early drilled spring beans may be approaching this stage.

In those regions where bruchids are present, insecticides should be applied when the temperature threshold has been reached and about 50% of pods on the bottom trusses are 20mm long.

Growers can sign up for the Syngenta forecasting service by going to www.syngenta.co.uk/bruchidcast 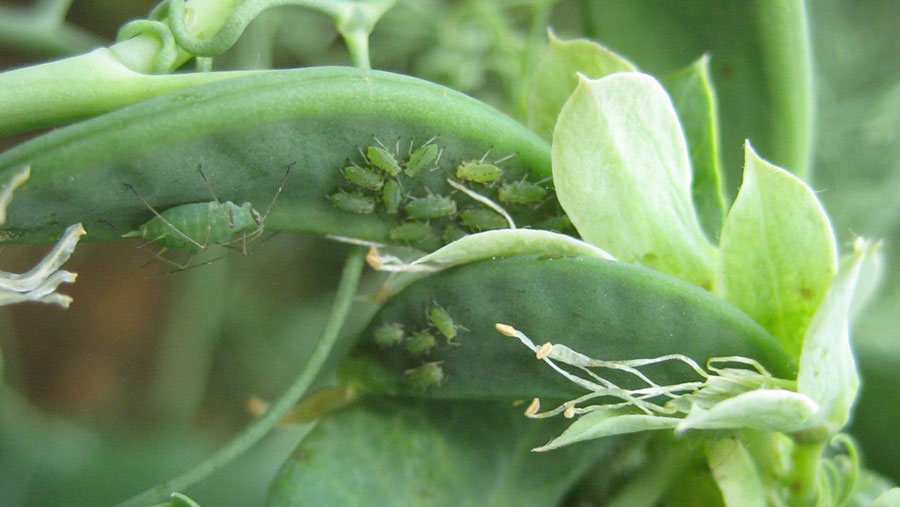 Pea and black bean aphids have been recorded in suction traps in the past week and reports of small field colonies in peas and beans have been received.

Application of pirimicarb should be carefully timed to optimise effectiveness as it is limited to a single application in beans and peas.

Pyrethroids may give partial control of aphids. In vining peas, combining peas and field beans thiacloprid is available to control aphids. 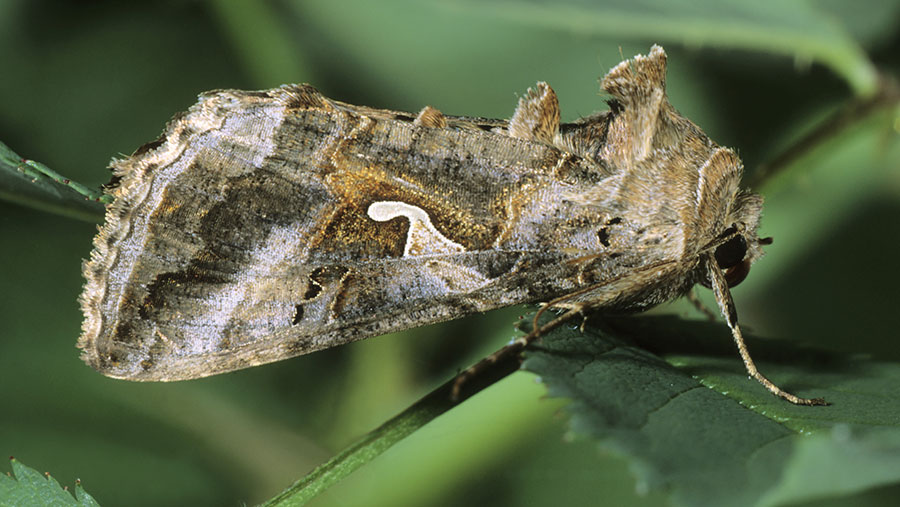 These moths have been observed in large numbers in some regions. A threshold is reached when a cumulative 50 moths have been caught in a trap by the time the peas have reached the first-pod stage.

When the threshold has been reached in vining peas, a single spray of a pyrethroid insecticide  should be applied 10-14 days later.

This application will control both large and small caterpillars, which fall off the plants before the crop is harvested.

There have been a high number of reports of bean seed fly larvae damage in peas sown at the end of April and beginning of May.

In the absence of an available insecticidal seed treatment there are no effective chemical means to control damage.

Damage may be reduced by limiting the amount of green material present in soils, and in most years earlier sowing reduces the likelihood of attack by larvae. 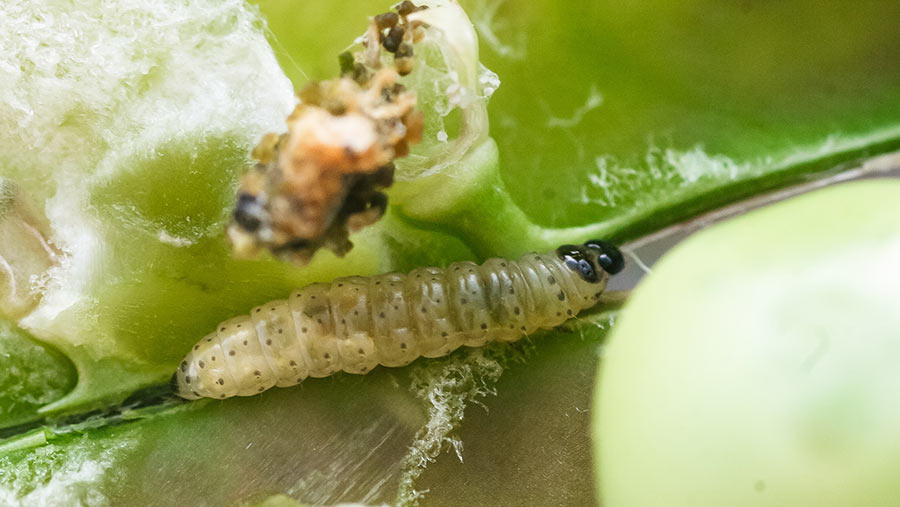 These moths have been recorded in some regions over the past few days and in some case more than 10 moths in a single trap have been observed.

Predicted spray dates for regions can be found on the PGRO website under the pest, diseases and weeds tab.