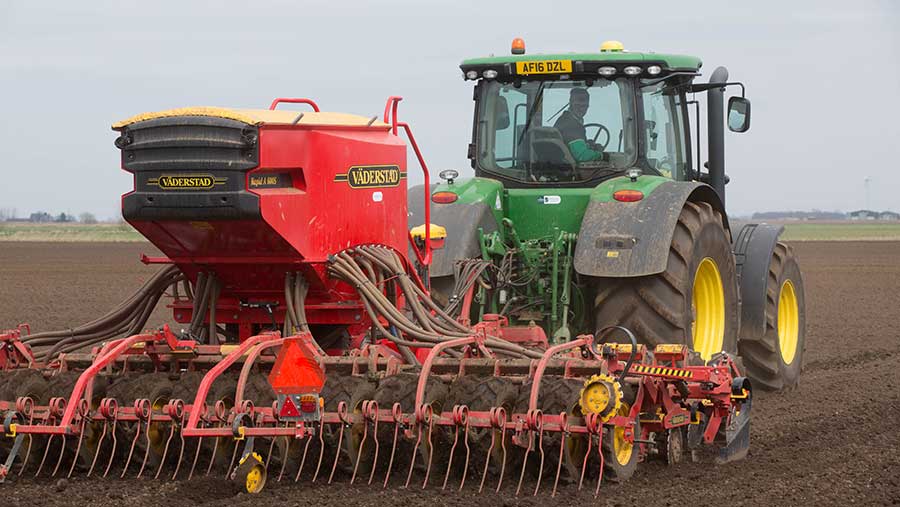 Bean growers are being urged to test their farm-saved seed ahead of drilling, to avoid poor establishment resulting from this summer’s poor pulse harvest.

Increasing numbers of farmers may be looking to use farm-saved seed this autumn, with reports of a shortage of certified seed.

Those opting to drill farm-saved seed are being advised to test it, as the true effect of this year’s poor harvest on seed quality emerges from seed testing being carried out by the Processors and Growers Research Organisation (PGRO). Some samples are showing germination rates down by 20%.

See also: Why UK growers should consider soya in the rotation

A key factor in seed quality is size, as the thousand seed weight is used to calculate drilling rates. But this season, grain size is generally smaller or particularly variable and seed rates will need adjusting accordingly.

Bruchid beetle damage is also worse than in previous seasons, especially in the South. In severe cases, bruchid damage leads to establishment failure.

The PGRO advises testing seed for germination capacity and seed-borne pests and diseases.

“Germination can be affected by physical damage to the seed caused when harvesting overdry crops, chemical contamination by glyphosate, or insect damage such as bruchid damage,” it advises.

At low levels of bruchid infestation, germination losses may not be significant in larger-seeded varieties, although damaged beans can be more susceptible to moulds.

It is likely that lightly infested seeds have a greater chance of survival, with the size of seed and portion remaining following larval feeding being important determinants of germination capacity.

However, at high levels of bruchid beetle seed damage, germination is affected, and losses of 10-15% germination have been recorded in laboratory tests when bruchid damage is between 40-80%.

There is potential in the field for the damage to cause seeds to decay before germination occurs, and damage close to the point of attachment with the hypocotyl can cause establishment failure.

This occurs more frequently when bruchid damage levels are high.

Crops that are harvested at low moisture content, particularly when less than 12%, may incur mechanical damage during harvesting or cleaning.

Mechanical damage to seed causes seedling abnormalities and increased infection by soil-borne pathogens such as damping off (pythium species), lowering the germination capacity.

If glyphosate has been used as a desiccant, seedling abnormalities are likely to arise if the seed from the treated crop is used.

Farmers are advised to test for thousand seed weight plus: