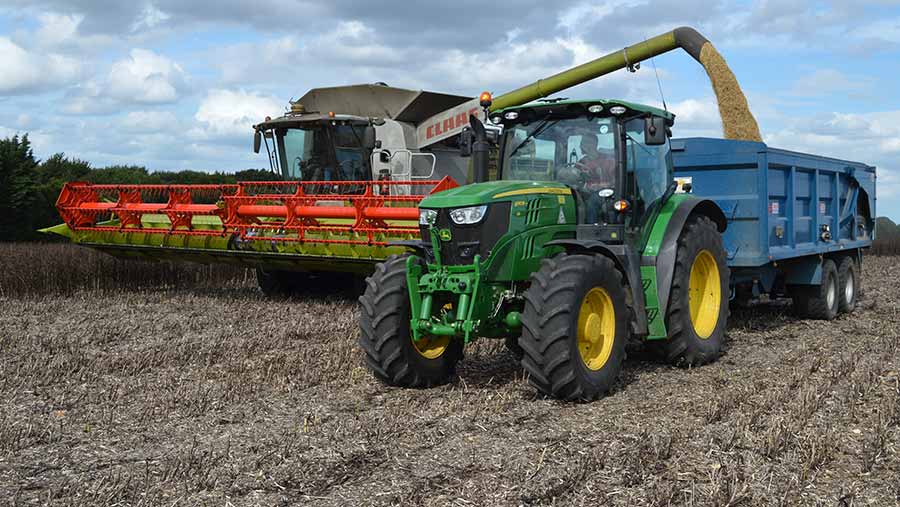 Arable growers are being urged to drill beans this spring as feed compounders are snapping up the crop with some supermarkets demanding more UK-grown protein crops.

The bean area is expected to be down this season due to disappointing yields and prices last summer, but traders are saying the animal compound feed industry is using more beans.

After a poor season for beans destined for the human consumption market due to the lack of demand from Egypt and stiff competition from crops in the Baltic countries and Australia, growers are being encouraged to think feed.

Andy Bury, national pulse trader at Frontier, says with good underlying demand from the compounders there is growing confidence in the bean market, as it does not have to rely so much on exports for human consumption destined to make falafel in the North African and Middle East markets.

“We are seeing new demand from some supermarkets which are insisting on meat and milk products using non-imported protein, so that means peas and beans,” he tells Farmers Weekly.

Old crop beans at 23% protein are competitively priced at £160/t ex-farm for the compounders when compared with imported soya beans at 40-42% protein, and new crop beans are selling at £150/t with the possibility of a £20/t premium if sold for human consumption.

Last year’s bean crop of 600,000t saw more than a third, or 220,000t, go into animal feeds and this is likely to rise as compounders look for soya bean substitution

With 70% of beans spring-sown, the crop also has a role to play in blackgrass control through the autumn, while beans could fill in for the fall in oilseed rape plantings this season.

He sees large blues as the pick of the pea crop as there is a big market for them worldwide, and they are priced at £170/t ex-farm for new crop.

Roger Vickers, chief executive  of the Processors and Growers Research Organisation (PGRO), argues peas and beans produce better gross margins than many competing crops when looked at over the longer term.

He says pulse margins should take into account the value of the nitrogen the crops fix from the atmosphere, which can cut inputs for the following crop, while there is an  average yield uplift of 0.8t/ha from a winter wheat crop following pulses.

This makes peas and beans more profitable than winter wheat and oilseed rape, even before adding in other benefits like allowing growers to comply with EU greening rules and also makes land easier to work, adds Mr Vickers.

“Many growers tell us that pulses are the most profitable crop on their farms. We see pulses as a profitable, sustainable and an environmentally sound and healthy crop,” he says.