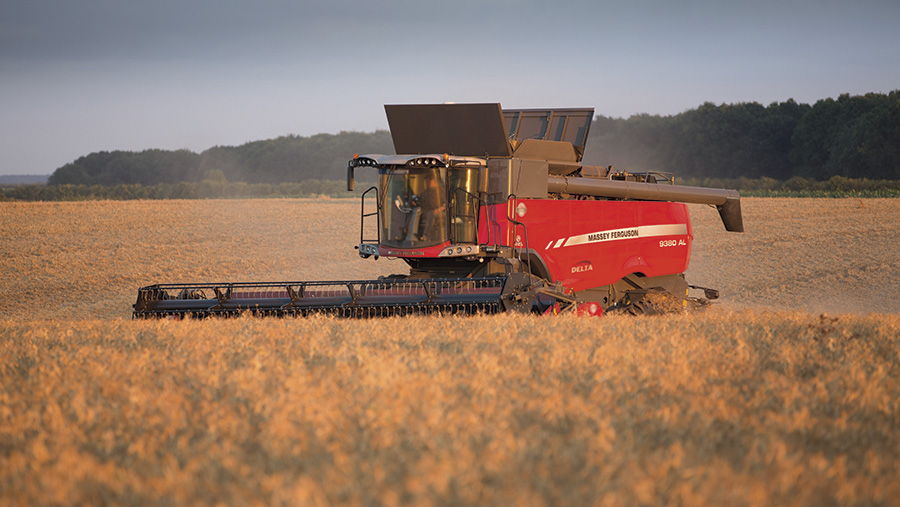 Whether its mushy peas for British fish and chips, spicy snacks in Asia or a traditional Egyptian breakfast dish, pulses are capable of earning valuable premiums for growers.

Exploiting these premium markets for the benefit of dedicated UK pea and bean growers is the aim of a £7m investment programme that specialist pulse producer Dunns has made in the past seven years.

It started when the company looked at ways of getting more from its seed cleaning lines at its site at Long Sutton, Lincolnshire.

See also: Disease could end pea growing in some parts of the UK

“The seed plant is a bit like a combine harvester, it works for only eight to 10 weeks a year and is dormant for the rest,” says Franek Smith, trader at Dunns. “So what can we do to get better utilisation of the plant?”

One option was to upgrade the plant to process pulses to supply higher value human consumption markets.

“This allowed us to keep staff on by being less seasonal, which is better for cashflow. Keeping staff on also helps with quality standards, as can retain skills and expertise.

So the firm invested in technology to supply various markets, including canning for mushy and processed peas as well as for export.

There are six different lines processing 40,000t of pulses a year including blue, marrowfats, maple and yellow peas plus faba beans. It is now one of the largest pulse processing sites in the UK.

The most recent investment has been to upgrade one cleaning line at a cost of £3m to meet British Retail Consortium accreditation for human consumption, with a second being upgraded.

Mr Smith explains the standards are recognised in 123 countries worldwide.

Stone removal is a key challenge with several stages of the line aimed at reducing numbers. “That’s because peas can be low to the ground and combines can easily pick up stones.”

The spec for growers is one stone/kg, which equates to 30,000 in a 30t lorry, but customers demand a stringent upper maximum of 10 stones/t.

Using the latest technology enables Dunns to meet these high quality standards and remove all metals.

Stages include screens, a gravity separator as well as new technology such as laser and last year, Dunns invested in an X-ray sorter.

“The X-ray looks for solids that are denser than peas and where detected, air ejectors blast it out. For the laser sorter, the peas pass over a laser beam and it can detect beans, peas, glass and metal by looking at differences in the reflectance.

“It’s like when you shine a laser pen on your hand and then on metal, the dot looks different,” he explains.

On the back of this investment, Dunns has been able to develop its pea exports. This includes marrowfats for manufacturing wasabi pea snacks in China and Japan.

There are also snack markets in Taiwan and Singapore, but in the poor marrowfat harvest of 2007, those countries started to use large blues instead and have continue to use them, as they are cheaper than marrowfats.

Another snack market is where peas are ground into flour, mixed with rice and extruded like Wotsits, says Mr Smith.

“Consumers are attracted to them as they are natural, contain little fat and no gluten. Originally sold in Japan, they are being made and sold by Calbee in the US as a health food.”

Mr Smith explains that Calbee aims to be the biggest user of marrowfats peas in the world requiring more than 20,000t/year.

The same firm has invested £6.5m in a factory in Wales to supply the European market with Snapea Rice Sticks.

There are also other smaller customers, such as one chip shop in Spalding that takes 1t/year for mushy peas.

Bean growers are also benefitting from premium export markets to the Arabian crescent, including Egypt where they are a staple food.

Following Dunns’ BRC accreditation, the company has also started to process dried-food ingredients such as quinoa and chia. “This is a completely new avenue for our business, but presents a new marketplace in future,” says Mr Smith

In addition to processing, Dunns looks to exploit the latest genetics to further improve product quality as well as agronomics.

The firm gets early access to new varieties through its close relationship with breeders.

Examples include blue pea Campus and Daytona with their good standing power and Aikido, a new marrowfat pea that takes the yield up a level. Seed will be commercially available next year.

“Aikido offers better standing power than established favourite Kabuki, with less risk of going flat and yield 8% higher than Genki and 3% above Sakura on the Recommended List.”

Father and son growers Peter and David Robinson have been producing quality peas on their 160ha farm near Boston for more than 25 years. The past six years, they have grown Kabuki and have been hitting specs.

“Peas help us comply with CAP greening rules and they offer another spring crop in the rotation,” explains David. This helps with tackling blackgrass.

Other benefits include a yield boost for first wheats.

This year, the family are growing 20ha.

“We have grown peas for many years and understand the crop.

“We also know we can grow a decent crop of peas.”

They are grown in a seven to eight-year break to avoid foot-rot and other cropping includes oilseed rape, sugar beet and feed wheat.

Other than lodging, the critical risk to quality is harvesting them too late and losing the colour.

This is a key quality characteristic valued by manufacturers.

They tend to be ready at the same time as milling wheat and many growers are tempted to favour milling wheat to maintain quality. But even a short delay can severely impair pea colour and lose premiums.

Franek Smith, trader at Dunns, explains that colour loss is due to repeated wetting and drying.

To harvest at the optimum time, David walks crops daily. “Crops are desiccated with diquat and we have to try to beat the pigeons to get the peas.”

The non-defaultable contracts offered by Dunns helps to reduce grower risk. “With cereals and oilseed rape, there is a risk that the merchant will refuse to take the product if it fails to meet specs,” he says.

However, Mr Smith explains in a challenging year, if there is a quality issue, Dunns will still take the crop as it can process out cracked, broken and insect damaged peas.

In addition to quality, the Robinsons are pushing for yields and don’t scrimp on inputs, which are applied according to the pressure in the year.

Peas are drilled in April, depending on weather with a minimum soil temperature of 8C.

Weed control relies on pre-crop and pre-emergence and they monitor for pests such as pea moth.

Princes is the largest supplier of British-grown canned vegetables and in a typical year contracts about 40,000t of peas from UK farmers.

It is Dunns’ largest UK customer, with the relationship extending back more than 20 years.

The canning firm has manufacturing sites at Long Sutton and Wisbech in the East of England.

Large blue peas account for about half of the Dunns-supplied peas, with 40% being marrowfats and the rest small blue (processed) peas.

“Dunns are able to bring a specific variety of dried peas to Princes.

“The marrowfat variety Kabuki is highly valued, as it is a slightly firmer pea that suits Princes’ manufacturing processes,” says the company.

Princes manufactures mushy and chip shop peas, marrowfat peas and processed peas, under the Batchelors and Farrows brands and also for several customer own brands.

Its products particularly mushy peas, are a quintessentially British food, therefore, all sourcing for dried peas is from Red Tractor-approved UK farms.