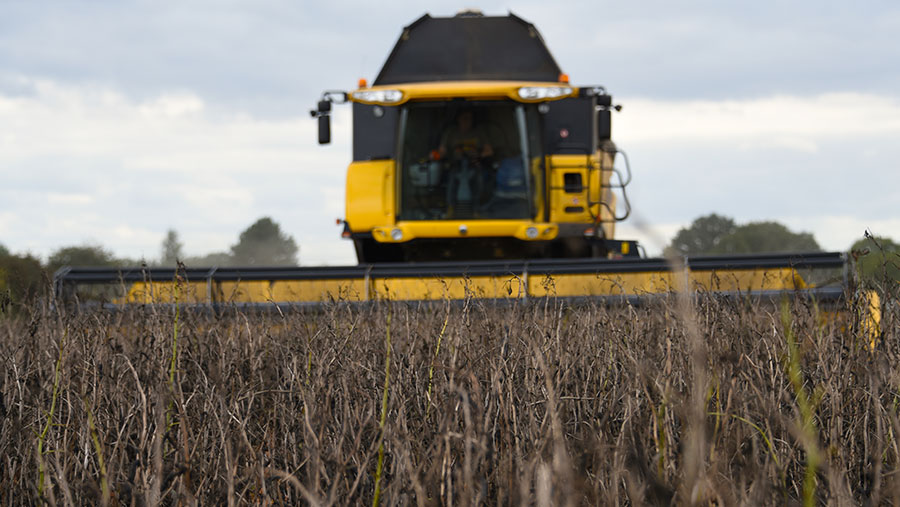 Seven new spring bean varieties, including top-yielding Stella, were added to a new-look Descriptive List to guide pea and bean growers on their variety choices.

The highlight among the new pea varieties was marrowfat Akooma, with a yield 11% higher than established variety Sakura and a very large seed size.

The Processors and Growers Research Organisation (PGRO) has adopted a Descriptive List for 2021 replacing a previous Recommended List, which it says allow information to be presented more in line with growers’ requirements.

Stephen Belcher, principal technical officer at the group, said the lack of rainfall after spring drilling gave rise to patchy and uneven emergence for many trials, and crops with double emergence were a common occurrence.

He added that powdery mildew in peas became a significant problem late in the season, while late rust in spring beans was a problem in some trials.

See also: Beans could be an option for frustrated oilseed rape growers 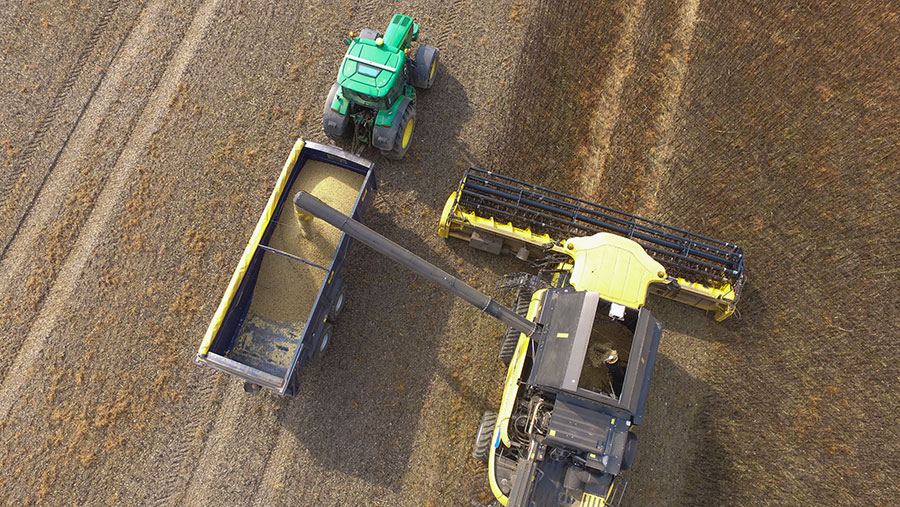 The Saaten Union variety Stella is the highest-yielding variety on the list at 108%, ahead of the older variety Lynx at 106%, while two other varieties from the same breeder – Capri (105%) and Daisy (104%) – were added.

The variety Bolivia from LS Plant Breeding shows a yield of 104%, while another from the same breeder Allison and two others from breeder Limagrain – Viper and Sphinx – are expected to be put on the National List and so will be added to the Descriptive List on or after 19 December.

All eight of the group’s spring bean trials were taken through to harvest with yields varying from 6.29t/ha in North Yorkshire down to 1.88t/ha in Lincolnshire, with established varieties Lynx and Yukon continuing to show very good tolerance to downy mildew.

The variety Vincent from breeders Senova becomes the top yielding winter bean with a yield of 110%, while Norton from the same breeder is expected to be placed on the National List and so will be an addition to the Descriptive List on or after 19 December.

The older variety Vespa is the second-highest yielding variety on the list at 109% in a year when trials were difficult to establish and the top-yielding site only producing 3.2t/ha in North Yorkshire.

Two new additions are being made – Kaiman from Senova yielding 112% and Raider from IAR Agri yielding 106% – while older variety Kameleon topped the yield rankings with 120%, closely followed by Orchestra at 115%.

Four new additions were made to the 2021 list – Stroma from LS Plant Breeding, Kiravi from Senova, and Greenway and Mikka, both from breeder IAR Agri.

Older variety Kactus emerged as the top yielder at 112%, closely followed by Bluetime and Stroma at 111%. Blueman came top for tolerance to downy mildew with a rating of 8, while  Kactus, Karioka, Mikka, Croft and Aviator followed with ratings of 7.

Akooma from LS Plant Breeding is new to the 2021 list with a yield of 97% – 11% higher than older variety Sakura. Varieties Octavia and Banshee continue into year four of trials.

Mantara and Rose will return to trials after a period of limited testing.

Of the six trials for combine peas, the highest yields came from a site in Hampshire (3.71t/ha), closely followed by a site in Suffolk. Late and severe infections of powdery mildew were seen in some trials.

The PGRO Descriptive List is based on five-year rolling averages. Statistical adjustments are made for new varieties where they have not been in trial for five years. This five-year period has seen significant differences in weather patterns, with a resultant impact on yield and quality.