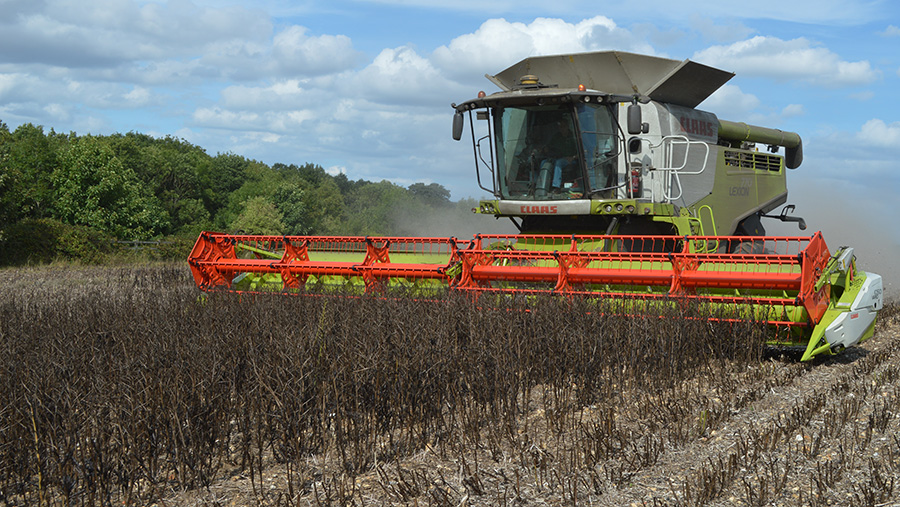 Winter beans could be a option for growers in eastern England looking to replace oilseed rape crops lost to drought or cabbage stem flea beetle as they can be drilled as late as mid-November.

A recent survey by the Association of Independent Crop Consultants reported that 70,000ha of rapeseed had been lost or failed to establish across 18 English counties, which grow the majority of the crop.

One of the reason for this rise is the declining popularity of oilseed rape due to high growing costs and flea beetle damage.

Growers were also diversifying their crop choices following the introduction of the EU three-crop rule, and efforts to use rotations to control weeds, Mr Waite added.

“Winter beans offer a great opportunity to control grassweeds with different chemistry, thereby helping to minimise further resistance as well as reducing the weed burden across the farm,” he said.

Mr Waite advised one option for growers looking for good blackgrass control was to use propyzamide (Kerb 500 Flo) at pre-emergence, which is able to be mixed with a number of other herbicides such as clomazone, pendimethalin and imazamox.

“Winter beans are not very competitive early on and a pre-emergence herbicide removes weeds and encourages branching of the bean plant,” he added.