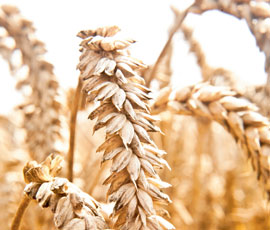 Crusoe, from Limagrain, is only the second Group 1 bread-making wheat to join the list in nearly a decade, and will be one of only three recommended in that category.

It doesn’t offer a yield advance over Syngenta’s Gallant – both are ranked at 99% of the controls – although it has averaged higher yields than Gallant in each of the past three seasons.

Protein content is 0.2% higher than Gallant and 0.3% above the third Group 1, Solstice, at 12.2%, and it also has better disease resistance to all the main foliar wheat diseases than either rival, with both mildew and yellow rust rated as nines currently.

Four other winter wheat varieties have been added – Torch, Horatio, KWS Gator and Relay. Torch, from RAGT, is a Group 3 variety that is 1% higher yielding than Cocoon and Invicta, but is weak against mildew and yellow rust.

Limagrain’s Horatio is a soft feed variety that has distilling and export potential, and equals Gravitas for the highest yield at 105%.

KWS Gator and Relay, from RAGT, are both hard feed wheats, with good yellow rust resistance.

Two new malting barley varieties have the potential to advance the sector’s yields, if they pass Institute of Brewing and Distilling tests. Syngenta’s SY Venture, in particular, will attract interest with a yield of 104% of the controls, 5% higher than current standards, Winsome, Cassata and Flagon.

Archer, from Limagrain, has also been added with a yield of 102%. Both varieties have good resistance to lodging and barley yellow mosaic virus resistance.

In the feed market, KWS Meridian, a six row variety, has made the list, with its 110% yield matching hybrid variety, Element, and just 2% behind Volume. It has a good spectrum of disease resistance, and screening levels have been good despite a moderate specific weight.

Three new spring barleys, Odyssey, Chronicle and Overture, have been added. All are under test for malt brewing and malt distilling.

• For a full run-down and reaction, go to www.fwi.co.uk/recommendedlist, and see next week’s Farmers Weekly and 10 December issue of Crops.

Three new varieties have been added in each region to the oilseed rape Recommended Lists.

In the East/West, none of the new varieties challenge the three leaders – PR46W21, DK Cabernet and Sesame – for gross output. DK Camelot is closest, 1% behind Sesame, and is a low biomass open-pollinated variety.

DK Expower is a hybrid with excellent phoma resistance, although light leaf spot will need watching, while Thorin, from LSPB, is 3% higher yielding than nearest semi-dwarf hybrid rival DK Sequoia.

In the North, Cracker, with its nine ratings for light leaf spot and club root, could be useful, while fellow hybrids Palace and Artoga also have decent light leaf spot resistance.

Additions at a glance