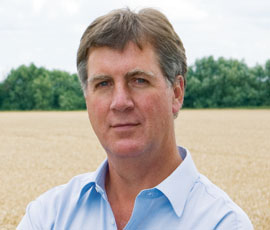 A long-awaited report aimed to slash red tape in agriculture will make more than 200 recommendations, Farmers Weekly has learned.

After spending 10 months identifying ways to reduce the regulatory burden on farmers and food processors, the government’s Task Force on Farming Regulation is expected to report its findings next Tuesday (17 May).

Although the vital details remain under wraps, taskforce chairman Richard MacDonald this week outlined some of his thinking during a talk at Harper Adams University College, Shropshire.

The report will contain upwards of 200 recommendations spread across some 160 pages, Mr MacDonald told staff and students. Farmers should be trusted more – but equally this trust had to be earned, he added.

Government regulation for agriculture is currently characterised by being overly prescriptive, over cautious and too onerous, the report will say. Instead, farmers should be trusted to do the right thing when it comes to farming responsibly.

Agriculture should move to a position of “earned recognition”, said Mr Macdonald, so the better performers carried a lighter regulatory load. This would reflect a stronger emphasis on a more targeted, risk-based, approach.

Farmers have long-complained that overzealous regulations result in reams of paperwork and needlessly hampers agricultural productivity. But conservationists have warned that a “bonfire” of regulations could be bad for the environment.

Among the audience at Harper Adams was chartered surveyor Charles Cowap, director of the college’s REEDNet project, which promotes and develops work-based learning for farming and the land-based industries.

Asked what he would like to see in the report, Mr Cowap said: “Putting greater trust in farmers and demonstrating that producers are worth that trust would be a good starting point. Professional farmers deserve to be trusted more.”

The government appears to agree. Farm minister Jim Paice has already seen a draft of the final report. He said: “I’m very optimistic about it and I hope we will be able to give it a very warm welcome and quickly start to implement it.”