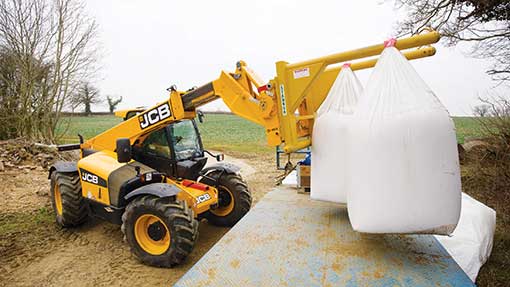 Nitrogen stabilisers claim to bring urea fertiliser performance in line with ammonium nitrate in all conditions, but research has cast doubt on whether they are a necessary investment. Adam Clarke reports on the choices growers face

Urea fertiliser additives, that work in a number of ways, have been developed to reduce the risk of nitrogen losses from this volatile form of fertiliser used on farms worldwide.

In the UK, ammonium nitrate is the dominant form of nitrogen fertiliser and its advantage is that it is more readily available to the plant and therefore absorbed quickly and efficiently.

Ben Freer from crop consultant NIAB TAG says the advantage of having more mobile nitrates than are required by the plant also means it is more prone to leaching after application.

“Urea, on the other hand, isn’t as prone to leaching and it has historically been cheaper per unit of nitrogen,” he says.

As urea is much slower to release nitrogen, it also enables higher doses to be applied to crops in one hit, without fear of leaching losses.

This can reduce passes through the crop, saving labour, fuel and reducing soil compaction.

With all these advantages, you would expect urea to be the market leader in the UK and Europe, as in most other countries around the world. So why isn’t it?

“Urea is much more prone to volatilisation of ammonia gas into the atmosphere and you can lose up to 50% of the nitrogen after application in the right conditions, so it comes with risk,” says Mr Freer.

Trying to reduce the possibility of nitrogen losses from urea has been the aim of products such as Bunn’s Koch Advanced Nitrogen (KAN), Origin UK’s Nutrisphere-N and Gleadell’s Alzon 46.

Developed in the USA, urease inhibitors KAN and Nutrisphere-N work in similar ways, inhibiting the soil-borne urease enzymes that break down the urea into carbon dioxide and ammonia gas.

In the UK, these two products are added to granular urea fertiliser before bagging, giving the urea granules a physically bonded coating of the active ingredient.

Gleadell’s Alzon 46 was developed and is produced in Germany for northern European conditions and is added to the urea and incorporated within the granule.

All these products have the same goal – reducing nitrogen losses when using urea fertilisers and providing all the benefits of urea without the risk.

Mr Freer says in NIAB TAG trials run between 2011 and 2013, no significant benefit of these products over straight urea was seen.

There were seven separate trials – five in winter wheat and two in oilseed rape – on a range of soil types, in six different counties across England.

Many of the sites were on light and shallow soils, where you would expect to see losses from urea applications, particularly when dry, says Mr Freer.

Spring 2011 was very dry and applications in those conditions are liable to volatilisation.

Interestingly, straight urea yielded 8.79t/ha of wheat, while KAN, treated with Agrotain, yielded 8.7t/ha. Mr Freer says although the results are very close, paying a premium for the coated urea would not be his choice.

He said in two further cases through the series of trials, ammonium nitrate came out on top and KAN had shown an edge in one Norfolk experiment.

“We are talking very small differences from our results and in my opinion, you may as well go for the cheapest option if you are going to use urea,” says Mr Freer.

Nitrification inhibitor-containing Alzon 46 has been used in just two of the trials Mr Freer is drawing his conclusions from, but he says work done in the USA with the product has shown advantages in warm and dry seed-beds.

“I can see it giving a benefit for applications in late spring barley or maize crops, but in winter crops most N is applied by April and you would expect enough moisture to wash the nutrient into the soil.

“There is a risk when using urea that you will lose a proportion of the nitrogen, but I believe it is a manageable risk – without additives,” says Mr Freer.

Some independent researchers are in favour of urease inhibitors such as Agrotain and say as long as the price is right, the small premium over straight urea is a worthwhile investment.

Roger Sylvester-Bradley at crop scientists group ADAS has spent many years looking at nitrogen responses and says it is very difficult to make comparisons in the field because there are so many variables.

“Efficiency in all nitrogen fertilisers can vary so much – sometimes 30-80% within the same field – and that is the difficulty for fertiliser companies trying to prove their products.”

He adds that companies are doing their best to ensure their products work as efficiently as possible for growers and closing the 8-10% efficiency gap between urea and ammonium nitrate.

“Urease inhibitors such as Agrotain-treated KAN can help negate the potentially large losses from volatilisation, but the advantages of nitrification inhibitors are less clear.

“Both can limit harmful greenhouse gasses such as nitrous oxide, but there is currently no monetary incentive for that,” says Prof Sylvester-Bradley.

During three years of their own in-house trials the coated urea has performed consistently well in a range of conditions in four different crops.

“If you ask many growers if they are prepared to take the risk with untreated urea, most of them would say no,” he says.

“We don’t have a perfect system, whatever you use, but treated ureas are options in the basket that can help in preventing losses and drive crop growth,” says Mr Tye.

The use of KAN nitrogen, which is treated with the nitrogen stabiliser Agrotain, has been shown to bring urea efficiency in line with that of ammonium nitrate, says Stuart Staples (pictured), crop nutritionist at Bunn Fertiliser.

In 2012, ADAS published a paper that analysed 47 UK studies over 25 years and showed urea’s nitrogen use efficiency was 90% of ammonium nitrate’s.

“Straight urea can be great if you get it right, but it relies on getting the best conditions, such as correct soil pH, soil moisture and rain after application,” he says. “However, the use of treated urea such as KAN irons out the variability you can get in less-than-ideal conditions by preventing volatilisation.”

Mr Staples also points out that KAN is the most researched nitrogen stabiliser on the market and institutions such as ADAS and Rothamsted Research have led 62 trial years of research that show benefits in the field.

“Agrotain is the only technology of its kind that is reviewed and registered in the UK under the EC 2003/2003 Fertiliser Regulations and proving its efficacy is part of that approval process,” he says. 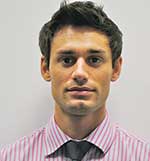 Developed by German company SKW Piesteritz in conditions not dissimilar to the UK’s, Gleadell’s fertiliser trader Rob Buck (pictured) says Alzon 46 has proven it worth in trials.

In one winter wheat trial comparing the product with another treated urea and ammonium nitrate, Alzon 46 gave a yield benefit of 0.11t/ha.

Alzon 46 was applied in one hit of 140kg/ha at growth stage 21, but the other products were applied in three separate split applications.

In a second trial, 180kg/ha of Alzon 46 in two split doses showed a 0.17t/ha benefit over 220kg/ha of ammonium nitrate in three split doses.

“We have shown its efficacy and it is certainly bridging the gap between ammonium nitrate and urea,” he says.

Alzon 46 commands a small premium over straight urea, depending on market fluctuations, which are insignificant when considering the savings that growers can make.

“The active ingredient is incorporated throughout the granule during manufacture, so the product gives consistent performance and stores well,” adds Mr Buck.