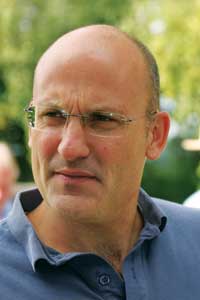 Certain sugar beet varieties appear to have been able to withstand this winter’s severe frosts much more effectively than others, according to data collected by Broom’s Barn Research Station.

A trial set up to collect data on the rust susceptibility of beet varieties, including all 18 Recommended List varieties, has produced potentially valuable data for growers in the wake of this year’s disastrous harvest, after it was left unlifted until late January.

Hand-lifted on 25 January, 20 roots from each plot had been sliced and assessed for frost damage, said Broom’s Barn’s Eric Ober at the first BBRO winter conference.

“Most showed at least 25% of the root was badly damaged, while some had over 50%. But there was a level of damage to differentiate between varieties.”

And while there was typically variability in the level of damage within roots of the same variety, initial data suggested there were five more frost-tolerant varieties with a damage score of less than 12%, while five susceptible varieties averaged over 32%, he said.

Other tests were now being carried out on the trial, including yield and sugar content, as well as testing to see whether there was any relationship between factors such as root size, shape, crown height on frost susceptibility.

Providing the data proved statistically robust the information would be released to growers, he said.