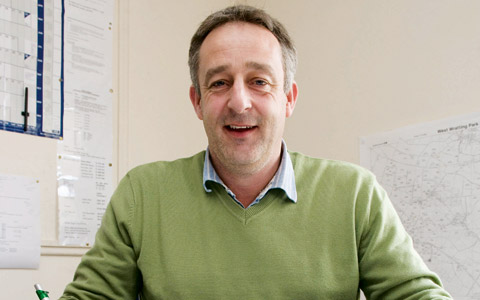 I have to admit to not being much of a football fan, but a recent event involving a manager in the sport has caught my attention. The HMRC spent five years and £8m going after an alleged £40,000 tax bill from Harry Rednapp.

While I agree they need to chase potential tax cheats, did someone not have an inclination at some point over the five-year period that they would lose and save a hell of a lot of money? In this time of austerity and with this money being thrown away by another government organisation, Mr Rednapp was a scapegoat, me thinks.

However, while on the subject of government departments, I have to praise the RPA on what seems to have been a far more efficient year in getting payments out. Last month, I wrote very cynically about when our payment would reach us, and as if to give me the two-fingered salute, our cheque duly arrived within a matter of days – as did the payments most of the farmers I have spoken to. So credit due where credit is due. I know there will be some that don’t agree but from my experience the RPA does seem to be in much better hands than previously.

Here on the farm, we have been busy with our fertiliser regime, where we are putting more nitrogen on early to try to counteract any drought. This approach is, however, really increasing the importance of growth regulators as some of our wheat is very lush and should, under normal circumstances, wait a while to have nitrogen. But two dry springs on the trot means I need to get a big chunk of nitrogen and sulphur into the plants early to give them a fighting chance.

I guess that will now bring on rain and more rain.