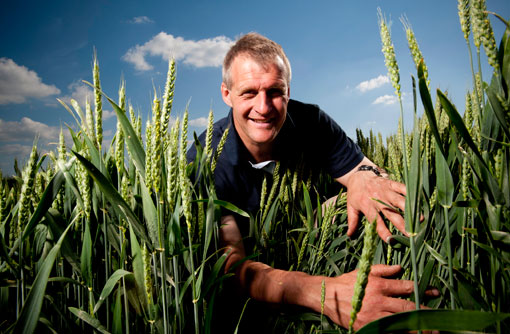 I can’t believe its 30C warmer than this time last year. But then again the whole year has been one of unpredictability and anomalies with the weather. We have been lucky, and I am grateful not to have suffered some of the difficult weather many of you will have had.

What will 2012 bring? More uncertainty, but I applaud David Cameron’s two-fingered salute to our European neighbours, although I fear this behemoth will have a vast influence on the prosperity of UK farming in 2012.

Because I submitted a form adjusting some minor discrepancies of my field boundaries over a year ago I have not yet received my 2011 Single Farm Payment. I am told the Scottish Office was inundated with similar forms after severe threats of penalties for claiming even the smallest amount of ineligible land. They simply cannot keep up with the flood of these forms coming in. Come on folks, I have bills to pay.

I was extremely shocked when one of our good farming friends was hit by a sudden and potentially fatal illness at the end of the year. Happily he is now making a good recovery, and we look forward to him being his old self.

During his stay in hospital Tom, a big fellow, was being pushed down the long corridor by our “witty” mate Archie, who, seeing a pretty nurse approaching, stopped her and asked: “Excuse me, but could you tell me where the sex-change department is? My friend here thinks he’s Twiggy, but I think he looks more like Pat Butcher from EastEnders.”

You can just imagine the look on the nurse’s face as Tom threw the, fortunately empty, pee container in his hand over his head into Archie’s face.