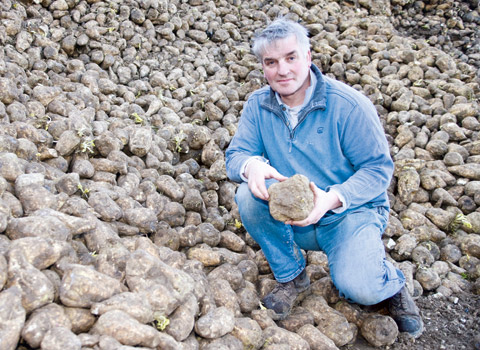 Unlike another Farmers Weekly contributor, Matthew Naylor, who has decided to have a winter off conferences, I have got some dates in my diary, but hope that I have been selective in choosing those of interest to me and benefit to my business.

Whenever arriving back from a meeting or conference, Frances, rather than enquiring who I met, always asks what have I learned and what changes am I going to make as a result. Yesterday I was invited to my first Sentry Farming Conference. This event has been running for 21 consecutive years and David Richardson has chaired them all so it is not unexpected that it is often referred to as David’s conference. It was a sell out and with the quality of the speakers that we had, it was understandable why.

Although the professionals or “green welly brigade” in the audience were in the majority, there were a lot of issues beyond the farm gate that were discussed and a good insight of how commentators review future issues such as the economy, consumers’ changing habits and climate change.

The last of our 2011 sugar beet left the farm today except for about 400t of surplus which we have held back for feeding to our ewes until the grass appears. We have been feeding beet to the sheep since we started growing beet in 2002, when the surplus beet price was in the low teens. Beet feeding soon became an integral part of our sheep feeding regime, but this year with all beet being paid at full CTE price and our last deliveries still going into the factory at over 19% sugar content, the whole practice has literally taken a bit of swallowing. It’s a pity that sheep aren’t partial to brown onions which fill many stores on farms at present and at £10/t aren’t going anywhere fast.