With the loss of methiocarb from the slug control armoury, and the increasing pressures on metaldehyde, growers are looking at new ways to tackle the perennial slug problem.

Slugs are one of the most economically harmful pests – AHDB recently estimated related annual costs of £100m – and damage is highest when conditions are wet and with poor-quality seed-beds. 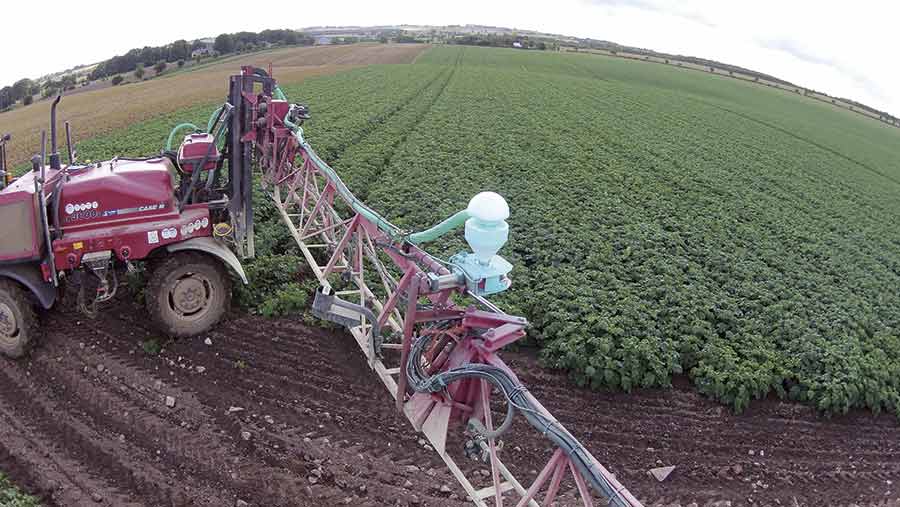 “Damage seen in the early stages of development is likely to have a significant impact on yields and further establishment, with very limited opportunity to claw this back,” warns David Ellerton, Hutchinsons technical development director.

“Hence it’s critical to have a complete and effective slug control programme that combines both cultural and chemical control options.”

What can we expect to see this season?

“With the mild and wet weather we’ve seen this winter, and with recent wet conditions, this spring has the potential to be a very high pressure slug year.”

He adds that with the lack of ground frosts, slugs have been able to continue to breed and there are lots of eggs and juveniles around.

Juvenile slugs are known to cause a greater degree of damage to crops on a weight by weight basis in comparison to larger, more mature slugs.

The Metaldehyde Stewardship Group (MSG) continues in its work to secure a future for metaldehyde, which remains a vitally important active ingredient to the arable cropping sector. Work being untaken by the group includes:

Therefore, there is a high potential risk for the spring ahead and establishing crops and will be a concern establishing spring crops.

What are the pellet options?

Metaldehyde and ferric phosphate are the two remaining actives on the market. But with pressures on metaldehyde to consider, Dr Ellerton says farmers are commonly using both actives as part of a programmed approach to safeguard its long-term use.

“Growers have been using metaldehyde for years and are comfortable and confident with the knowledge that it works. But, they are also very aware of stewardship guidelines to avoid exceedances in watercourses, which is an issue we need to help address as an industry.”

“The likes of Certis’ advanced ferric phosphate slug pellets are working extremely well in the field. So much so, that I’ve not been aware of any situations where it hasn’t worked.”

But he believes some growers still need to gain confidence with a different active to make the switch.

What are the main differences of ferric phosphate?

This active has strong environmental credentials, explains Dr Ellerton. “It has no buffer zone restrictions and no harvest intervals, providing growers with a degree of flexibility which metaldehyde is not able to offer.

“The other main difference is its mode of action which farmers are often not aware of. Once slugs ingest ferric phosphate they quickly stop feeding, then burrow deep into the ground to die.

“Therefore, there is no visible evidence of death on the soil surface, which is the complete opposite of metaldehyde,” he says.

Top tips for getting the most out of ferric phosphate

The first tip would be to identify the risk to water, and if not already using them, consider ferric phosphate in high risk areas, or if drains are flowing or heavy rain is expected.

“I’d also advise that as soon as a slug problem is seen, get the pellets on as soon as possible. This will provide the best chance of keeping on top of populations and help manage any potentially devastating crop losses.

Finally, he advises tailoring the slug pellet dose to the risk, and be prepared to continue to monitor for slugs to see if the risk continues to build again.

‘It’s our responsibility to be looking to alternatives’

David Park farms 500ha in one of Northumberland’s water catchment areas, which makes seeking slug control alternatives a big consideration for him.

“Our rotation is split, with most planted as combinable crops and potatoes. We also have a significant amount of land planted as cover crops, ploughed straight back into the soil to build organic matter,” he says.

“Slug damage is a big potential threat to the establishment and quality of the crops we are growing, so managing this is key.”

Traditionally, Mr Park has used metaldehyde slug pellets, but sees real value in switching to an alternative. “Over the next year we will be making the switch to ferric phosphate.

“We have a really strong relationship with our water catchment officer and have taken advice from her. But, ultimately, it has been our choice to switch.

“With the increasing pressures on metaldehyde, it’s our responsibility to be looking to alternatives to safeguard the product and to protect watercourses.”

Mr Park also highlights the benefit of working with water companies. “Last year we applied for a grant through Northumbrian Water to purchase an Outcast slug pellet applicator from Techneat, which has been fitted to the sprayer.”

Pellets are broadcast along the boom, but the disc shut-off option means he can control applications near headlands and field margins. 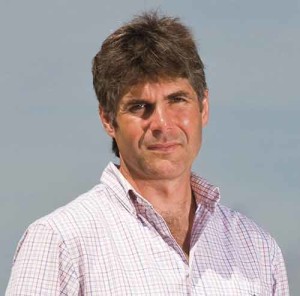 Farming 2,000ha in partnership with his brother, as well as operating a joint venture with a local land owner, Andrew Ramply has had a very positive experience with ferric phosphate slug pellets, Sluxx HP.

“We rent land from Anglian Water, part of which is located within one of the region’s water catchment areas. Consequently, we’ve been involved in the water company’s substitution scheme which requires us to use a ferric phosphate pellet within these fields.

“Our first experience with using it in the catchment areas was very positive and we’ve since extended its use across land out of the catchment.”

Traditionally, Mr Ramply has used metaldehyde in the early part of the season, and followed through with methiocarb in the later part if slug pressures were high.

“With the loss of methiocarb, ferric phosphate has filled this gap very well,” says Mr Ramply.

“We’re in a big blackgrass area here so we’re drilling later to help control this issue. But, at the same time, this means that conditions are often wet when applying slug pellets,” says Mr Ramply.

The main difference with ferric phosphate pellets is the mode of action. Slugs will burrow to die, rather than dehydrating and dying on the surface.

“Initially, this takes a bit of getting used to, but as long as you’re aware of it, and start seeing that seeds are not being hollowed, you’ll have confidence it’s doing its job.”