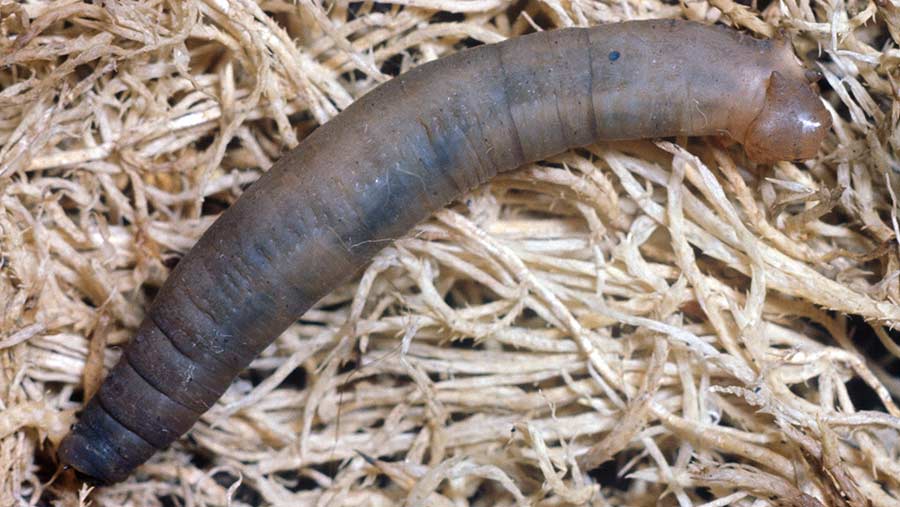 Farmers are advised to survey fields for leatherjackets (the grub state of the crane fly or daddy-long-legs), which live just below soil level, existing off plants in the growing season.

Doing so can save on the time, effort and money of fertilising fields that will later be decimated by grubs.

Of the 162 fields sampled, 124 fields (77%) had more than 0.6 million leatherjackets/ha, the level at which noticeable damage can be incurred.

The SRUC has advised farms in Argyll and Bute, Ayrshire, Dunbartonshire and Renfrewshire are at particularly high risk.

At the extreme end, the survey found that 31% of fields had more than 2 million leatherjackets/ha at an average of 1.63million/ha, the highest mean population density for three years.

Professor Davy McCracken, SRUC ecologist, said leatherjackets had seen a 20-year increase, believed to be due to milder and wetter autumns.

He added that last year’s ban on chlorpyrifos (Dursban) makes it even “more important” that farmers plan and limit damage.

He said: “The likely impact on production will depend on the population density of the grubs, the proposed use of the field and, equally importantly, at what point a farmer realises that a damaging level of grubs is present.

“Although chemical control is no longer feasible, farmers still have options if they establish the risk present in each field early enough.”