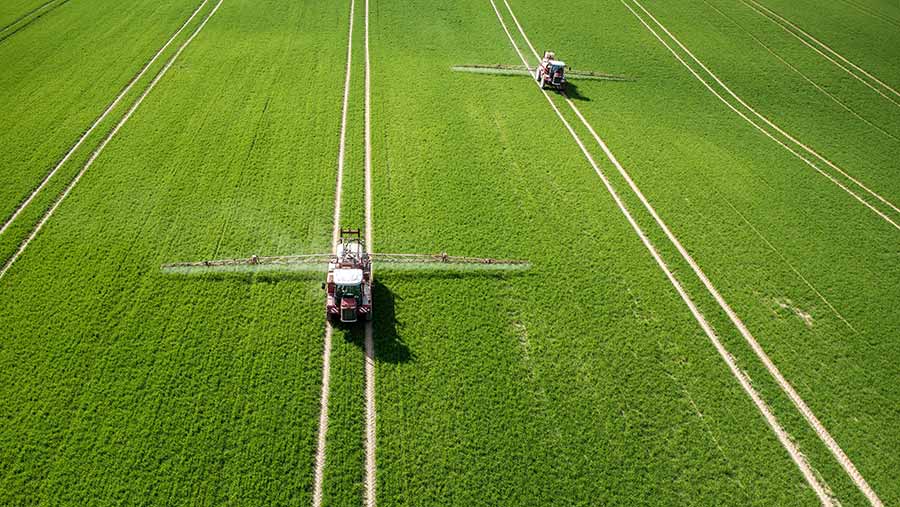 A spraying system that detects the type of weeds present and automatically switches the herbicide product being applied could be available on farms as early as 2020.

A precision spraying system could reduce the total amount of pesticide used by farmers, by only targeting areas of crop where the weeds are present.

Johannes-Joerg Rueger, executive vice-president of Bosch, told Farmers Weekly the system will enable farmers to apply 20% less herbicide, depending on the field.

A key part of the system is the company’s sensor, which has been developed to distinguish between crops and different weeds.

Bayer has brought lots of weed know-how to the partnership, including a database of 3D imaging of the different weeds at different growth stages to allow the development of algorithms, said Mr Rueger.

The current prototype system demonstrated at the Agritechnica show could distinguish between several plants, including wheat, sugar beet and mayweed.

“It could be taught to identify other grassweeds like blackgrass, which is also a problem in Germany,” said Mr Rueger.

The aim is to team up with a sprayer manufacturer to develop a sprayer with two spray lines, delivering different mixes that are applied according to the weeds detected.

Mr Rueger said the first version, which will be able to detect broad-leaved weeds in wheat, will be available in 2020.