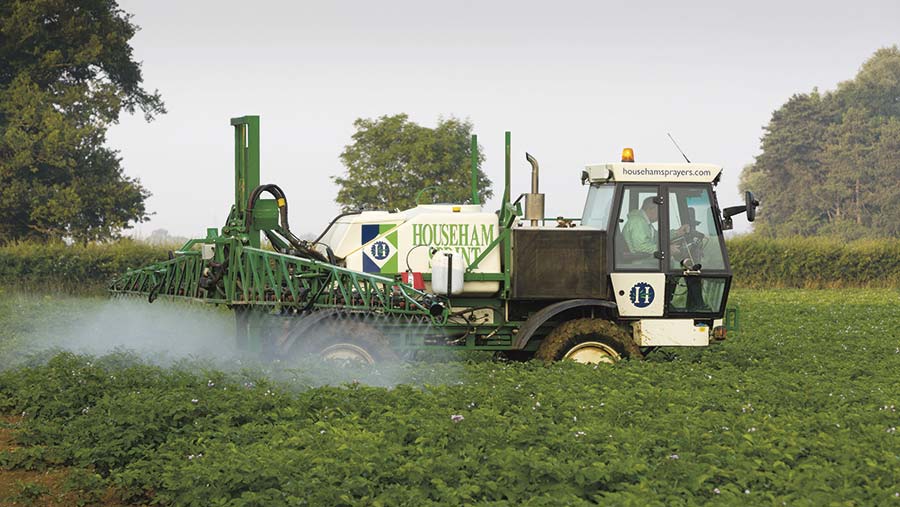 Numbers of aphids that carry potato viruses are the highest in 10 years, raising fears of increased disease risk.

The latest AHDB Aphid News report reveals that suction traps in Scotland have measured the highest cumulative total of aphids that can carry costly potato diseases such as leaf roll virus and potato virus V.

In the third week of June, 39 were caught in one of his traps located in Fife; more than he would expect to catch in an entire season.

AHDB aphid monitoring water trap results show this extreme vector pressure is affecting most of the seed-growing area of Scotland and the Yorkshire Wolds.

This situation has developed after the mild winter caused early first flights of peach potato aphids. This was followed by a warm spring. Even the heavy rain in the first week of June didn’t hamper their build-up.

Science and Advice for Scottish Agriculture’s first catch prediction for Edinburgh was 22 May – three weeks earlier than the average. However, the first aphid was caught five days earlier than this.

As of 18 June, 57 peach potato aphids had been caught in the Edinburgh suction trap, which is significantly ahead of the 10-year average of just three.

“We normally advocate not using a systemic insecticide until peach potato aphids are being caught. Usually we have breathing space of two to three weeks from emergence, but this season, crops were emerging in early June into unprecedented vector pressure.

“So from the outset growers needed to be applying a systemic plus pyrethroid insecticide fortnightly with a pyrethroid inbetween. Given the intense pressure from peach potato aphids, the role of the systemic insecticides is going to be more important than ever.”

While product labels permit up to seven treatments in total – two neonicotinoids, three Plenum (pymetrozine) and two Teppeki (flonicamid) – which Mr Anderson says should be sufficient to see crops through the season, he advocates bringing in the neonicotinoid Biscaya (thiacloprid) early.

One factor in growers’ favour though this year is the low level of virus found in 2016 crops and hence in seed planted this year.

Last year’s inspection of the Scottish seed potato crop revealed 6.7% of the total area entered for classification had plants containing the virus. This is down from 7% in 2015.