BASF offers renowned and innovative fungicides, herbicides, insecticides and growth regulators for agriculture. Our products and services help farmers increase their yields and optimize the quality of their products. 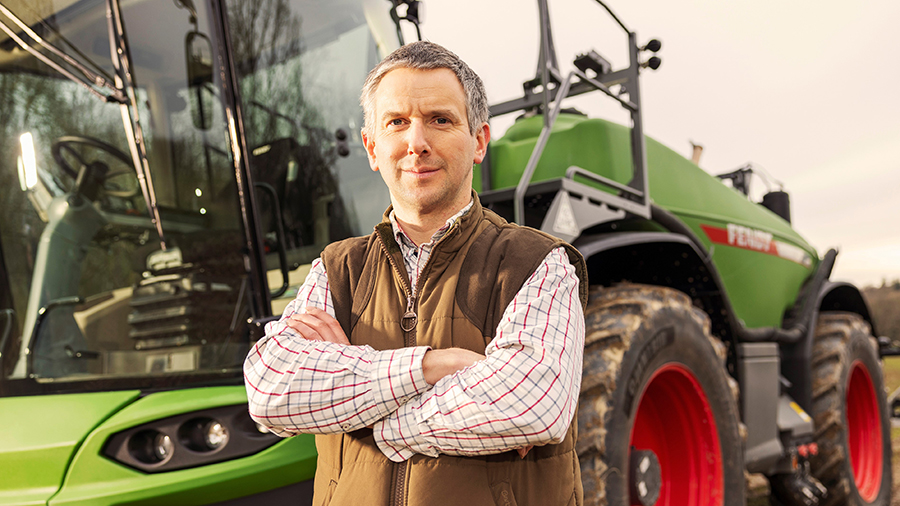 There are clear benefits in yield and economic margin of increasing the strength and flexibility of chemistry at T1 by stepping up to Revystar® XE (Xemium® + Revysol®).

Margin over input costs analyses showed for an extra couple of £ spend, you gained an extra £44 /ha benefit from using Revystar® XE over using Ascra® Xpro at T1.

Dr Helliwell said, “The use of Revystar® XE gave significant benefits from a yield and cost perspective in a season where there was a perception of low septoria pressure, as leaf 3 at the T1 timing was visually green due to the very cool and dry conditions.”

Longevity of protection at T1 is key

The cool and dry weather meant that even within the same field leaf 3 emergence was highly variable. He said, “The optimum timing of T1 – protecting the whole of leaf 3 with fungicide – was difficult to achieve last year.

The weather also saw an extension to the gap between T1 and T2 where T1’s were applied in retrospect slightly too early. In our national septoria DNA monitoring data, we saw significant levels of septoria infection on commercially treated leaf 3’s at the T2 application timing.

Where T1 intensity was reduced, either with weaker septoria products or reduced doses, some fungicide approaches struggled to provide adequate protection.

Revystar® XE’s flexibility and known septoria power provided greater longevity of protection on leaf 3 and leaf 4, reducing the amount of infection which subsequently came up onto the upper leaves.”

Under the threat of new yellow rust biotypes

Yellow rust is also a consideration for some at the T1 timing, particularly where T0 applications may be in question.

It is widely accepted that when it comes to controlling yellow rust, preventing initial establishment by comprehensive crop walking to monitor initial foci development followed by early eradication with fungicide is the best strategy to limit any spread.

Dr Helliwell said, “For many, 2021 yellow rust epidemics were less concerning than in previous seasons due to the very dry and cool April limiting initial development. Yellow rust then rapidly dried up towards the end of June.

However, the continued emergence of new yellow rust biotypes is threatening the resistance of current varieties, making vigilance in-field and a programmed approach to control of utmost importance.

Independent AHDB data has shown the value of Revysol® and Xemium® as standalone active ingredients on yellow rust, and inclusion of Revystar® XE at T1 is a strong step towards disease control.

The addition of active ingredients such as F500® (pyraclostrobin) gives further reassurance to any fungicide program, particularly where infection is within the earlier stages of its lifecycle.

A strong septoria product at T1 is critical

In Kent, Richard Budd of Stevens Farm (Hawkhurst Ltd) has 500 ha of wheat in the ground this year, Group 1s KWS Zyatt, Crusoe and Skyfall, Group 2 KWS Extase and Group 3 Elicit and there is already septoria in the crops.

He said, “We get septoria down here reasonably easily and we treat crops accordingly. It will certainly be Revystar® XE at T1 and then we will see where we go from there.

Arable farming has changed a lot in the last few years, inputs have got increasingly expensive, and grain prices are rising. As a result, input bills are much higher but outputs also have the chance to be significantly higher too.

Going forward it’s about taking a risk insurance-based policy and if you have not used Revystar® XE at T1 then potentially you have taken a lot of risk.”

Richard’s crop protection strategy is to eradicate disease or at least maintain the level of disease in the bottom of the crop, not letting it advance up the canopy, and so protecting the green leaf area.

He said, “The longer that you can keep that green area, the bigger the yield.”

Richard has been involved with BASF’s Real Results from the outset and last year the key comparison in his Real Results’ trial was at T1.

The sprays at the other timings were comparable between the 2 tramlines: T0 tebuconazole, T2 Revystar® XE + Arizona® and T3 prothioconazole + tebuconazole.

In July, NDVI images suggested more greening of the areas treated with Revystar® XE at T1 versus the Elatus™ Era tramline, and flag leaf assessments done on the 8th of July showed:

The average measured yield of the field treatment was 11.20 t/ha and the effect of the Revystar® XE T1 treatment was to increase yield by 0.85 t/ha, a statistically significant difference relative to the Elatus™ Era treated crop.

Richard said, “It’s obvious that using a strong T1 fungicide like Revystar® XE, at an appropriate dose, is critical, even if it’s dry and septoria pressure at T1 is perceived to be very low as it was last year.

All other products are those of other manufacturers where proprietary rights may exist.