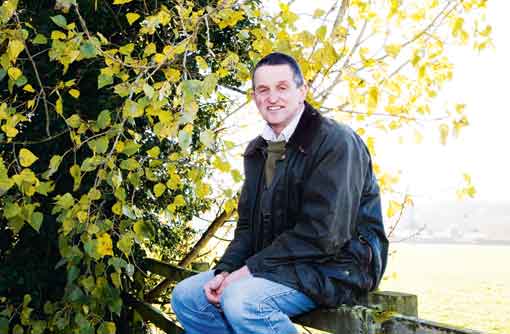 Next month will see the business name change from Phillimore Farms to Coppid Farming Enterprises LLP. Nothing much changes structurally as this is an internal reorganisation designed to streamline the running of the estate. The farm will remain a separate enterprise and continue to trade and operate along the same lines as before.

The last week in February saw a sudden burst of activity on the farm as we drilled the spring oats and beans into good seed-beds. As if by magic, 16mm of rain then fell. Two days later I was able to get on the beans to spray the pre-emergence herbicide. Now all we need for the beans is some rain at flowering. I managed to summon up enough patience to resist applying the nitrogen/sulphur fertiliser to the cereals and oilseed rape for another week.

Most of the crops are quite forward and I would much rather the fertiliser was used for yield rather than excessive leaf area. Due to the speed that the crops are moving at, by the time you read this the rape will have had all its nitrogen and we will be well into T0 on the cereals. The wheat will have Cherokee (chlorothalonil + cyproconazole + propiconazole) plus a growth regulator, and for some fields, Eagle (amidosulfuron) to clean up some rather large cleavers.

I was lucky enough to be invited by Tom Saunders, of Michelin Tyres, to attend the launch of the National Soil and Water Management Centre at Harper Adams. It was a very informative day and I look forward to seeing the results from their research into soil and traffic movements. Having spent a number of happy years at Harper as a student, it was great to go back and see all the changes that have taken place along with many of the old familiar buildings.